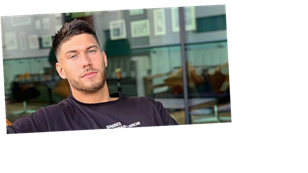 Jack Fowler is the Love Island heartthrob that catapulted into our lives following his appearance on the fourth season of the hit show.

During his time in the villa, the 24-year-old dated surfer Laura Crane but the pair split two months after leaving the villa, after a short-lived romance.

Now, the star, who recently admitted he once had to be resuscitated on a horrifying first date, has exclusively shared some of his top dating tips with OK! Online, including detailing the best date he’s ever been on.

Jack said: “I went on a date not too long ago to a nice bar, a Latin bar. And it was different because I’m not really into that kind of type of vibe or music, but I really enjoyed it.

“The cuisine, the music, the whole culture was very eye-opening and something I’m trying get more into… It was completely different to the kind of thing I was brought up into, the music and the food. It was different and enjoyable at the same time.” [sic]

Love Island latest – surprising facts about the class of 2019

But despite having had a great date, Jack admits to feeling nervous as he gears up for a romantic meet-up.

“I get nervous. I think it’s because I don’t really date that much. I’m not someone who constantly goes on dates, but a couple of JD and cokes down and I’m fine!” Jack admitted.

And if you do end up going on a first date with the reality star, it turns out Paris would be the destination of choice.

The reality star gushed: “You know what I’ve never been to Paris, I know it weird, everyone’s been there or Barcelona, so I think a trip there for something spontaneous and random would be random but equally as romantic.”

But you won’t find the hunk on a dating app right now, with Jack saying: “Yeah before Love Island I was on a dating app, but not at the moment, but I think they are a great way for people to meet people.”

You also likely won’t hear Jack using a chat up line, as he doesn’t have any “under [his] sleeve.”

The heartthrob recently made his acting debut in a ‘True Stories’ series with dating app Badoo alongside Wes Nelson.

And Jack admitted to thoroughly enjoying the experience, saying: “I enjoy acting, I’ve been acting since I was young.

“I went to acting school, I ended up acting in theatres with the National Youth Theatre, which is definitely something that helped me growing up in social situations and being comfortable in social environments. I do see myself pursuing it further in the future if I get time. It’s something I enjoy doing!”

In 2020, Jack wants to work on his music and presenting more, adding: “Music is something I’m stepping into in 2020. I have a single coming out soon, so I’ve been focused on that. I love the modelling and will always keep that up, however, I want to do more TV and presenting this year.”

Jack and Wes’ cameo for Badoo’s ‘True Stories’ series is available to watch on YouTube now.