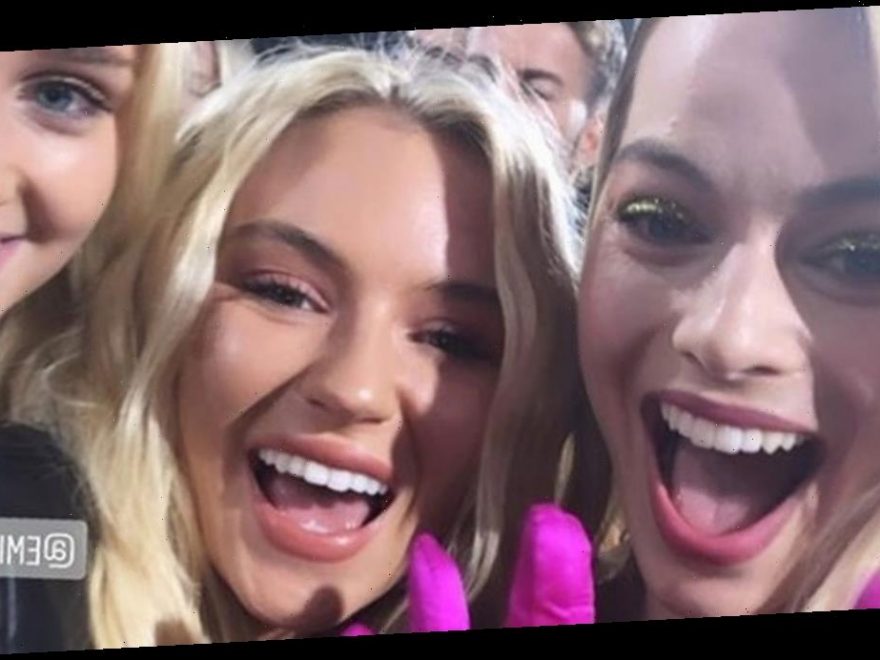 It appears that the surfer chick, 21, has a new friend in A-list actress Margot Robbie after meeting at the film premiere of the actress' latest blockbuster, Birds of Prey: And the Fantabulous Emancipation Of One Harley Quinn at the BFI IMAX on Wednesday.

The Oscar-nominated actress completely fangirled when she met Lucie and her fellow Love Island 2019 stars Jordan Hames and Michael Griffiths on the red carpet at the star-studded event and proceeded to pose for selfies with the reality TV stars.

Keen to spend more time with the former Islanders, Margot invited the trio to the afterparty, where the group downed tequila shots.

The Islanders couldn't help but show off their new-found friendship with Margot and posted several videos and snaps on Instagram.

Lucie posted a selfie with Margot on her Instagram Story alongside text reading "This girl."

The blonde bombshell later posted a video of herself, Jordan and Michael going for drinks with the Wolf of Wall Street star.

Jordan took to the photo sharing site to share a selfie of him and Margot and captioning the snap "I swear this one ain’t Photoshop."

It's not the first time the Harley Quinn actress has expressed her love for the ITV2 show, admitting that she and her husband Tom Ackerley are avid viewers and watch the programme religiously every evening.

Margot even featured in the fourth series of Love Island when her name made an appearance in one of the show's challenges.

In the Twitter Bingo game, Islanders were tasked to fill in the blanks on tweets about them, with one revealing comments Margot had made about the contestants.

The tweet, which was in reference to Dr Alex George and Megan Barton Hanson, read: "I would love to see the moment Dr Alex sees the video of BLANK BLANK not only mentioning him by name, but actually flattered that he mentioned hers. If he can't have Megan, maybe Megan's lookalike will do."

As Alex and his co-stars were seen whispering Australian beauty Margot's name as the answer, a starstruck Alex uttered in disbelief: "It can't be."

Once the answer was revealed as true, Alex jumped to his feet and punched the air in excitement.

Margot has yet to air her views on this year's bunch of contestants but has no doubt been catching up on the series while travelling around the world to promote her new flick.