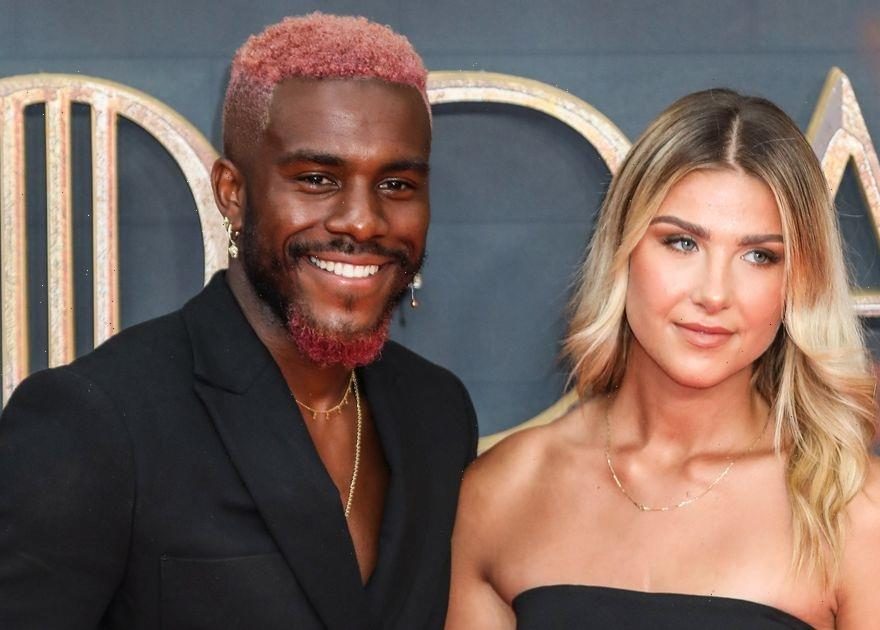 Love Island star Luke Trotman officially confirmed that he is engaged to Chelsea Menna last night as she flashed her ring on the red carpet.

The couple have been together three months and reportedly Luke popped the question after just two months of dating.

The lovebirds attended The House Of The Dragon premiere last night and Chelsea flashed her engagement ring on the red carpet.

Luke and Chelsea looked very close as they posed for a picture and Luke debuted his new pink hair.

25-year-old Luke starred in the winter series of Love Island and came in as runner up with co-star and ex-partner Siânnise Fudge.

"It was love at first sight with Luke and Chelsea," a source previously told MailOnline.

"Their romance blossomed overnight into a serious relationship and although it's not been long, they both know they're the one for each other.

"Luke has made London feel like home for Chelsea who's from Australia and they're very happy together."

This news comes less than a year after Siânnise and Luke announced their break-up having moved in together after the show.

Even though Luke has moved on, Siânnise has said that she is "taking some time" for herself and focusing on "self love and her work".

On Aftersun earlier this year the star said: "Well guys, I'm sorry to disappoint, but I’m not dating at the moment I’m actually just enjoying me. I’m all about the self-love and I’m just concentrating on myself.

"I’ve been spending a lot of time with family at home I’ve got a new baby niece now and she's absolutely gorgeous."

She added: "I'm happy and I’m focusing on my work, so yeah!"

However Siannise recently had to squash pregnancy rumours as she was spotted on a night out on the town in Bristol with friends over the Easter weekend, with her friend sweetly placing her hand on Siannise’s stomach.

Fans went wild after one of Siannise's friends kept her hand on her belly as the camera moved past her reality tv star pal.

Siannise has since spoken out on the rumours, denying she is pregnant.

"Just to confirm I am NOT pregnant. It is my sister that is pregnant. I mean it's a bit obvious I'm not pregnant isn't it," the star wrote on her Instagram stories.