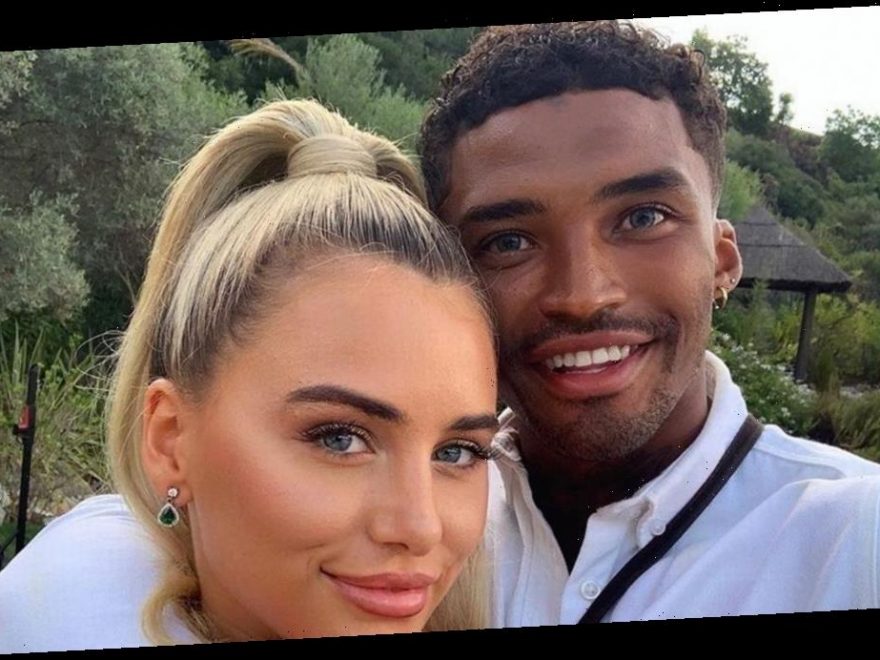 Love Island's Michael Griffiths has said new beau Ellie Griffiths is "the one" after the couple met while filming the MTV hit, Ex On The Beach.

The pair hit it off on the show, billed Celebrity Ex On The Beach, featuring TOWIE's Joey Essex, Olympian Ashley McKenzie and Big Brother's Lateysha Grace.

Since finding love with one another, Michael has said their relationship is "unbelievable" and went as far as to say that Ellie is "the one".

Speaking to The Sun, the Liverpool lad said: "Ellie and I did form a good bond on the show. The relationship we built was unbelievable.

"To have someone as amazing as her in my life means so much. I'm head over heels and I'm not letting her go."

Michael shot to fame in the summer of 2019, appearing alongside Maura Higgins and Tommy Fury, after he ditched his career as a fire fighter.

Revealing how their relationship came about, the firefighter continued: "Initially, I just opened up to her because we were both from up north, she was a friendly face and I guess we have a lot in common both being on Love Island. She instantly felt like home.

"But then it grew into a lot more. She helped me open up and believe in myself a lot more."

Michael, who was portrayed as a villain on Love Island went on to gush about his girlfriend, calling her a "beautiful genuine girl".

"We just clicked. I didn't feel like she wanted anything from me.

"It was just natural. We are in the same boat so it instantly felt like we were equals in the relationship. I can tell her anything and know it won't go no further.

"We trust each other completely. I would give her my phone to look through no worries."

Despite now being loved up, Michael and Ellie's romance was almost a no-go, after he was reluctant to take part in yet another dating show.

During last summers Love Island, Michael dumped winner, Amber Gill in a bid to couple up with Joanna Chimonides.

However, she was later kicked out of the villa and Michael refused to leave with her, instead, trying to recouple with Amber.

Celebrity Ex On The Beach airs Tuesdays at 10pm on MTV