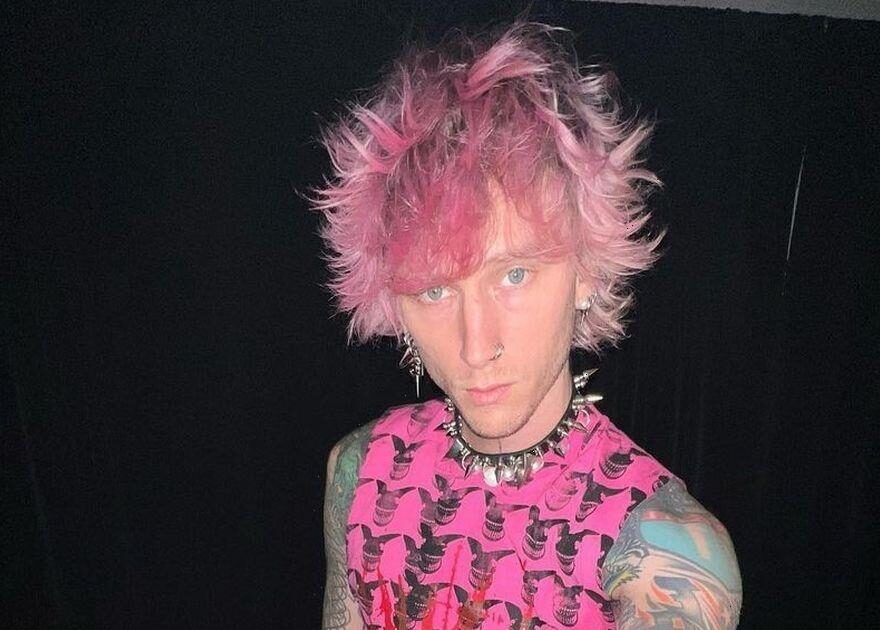 Known for engaging in strange rituals like drinking blood when he got engaged to Megan Fox, and licking a white substance off of his wife-to-be's breasts, it takes a lot for MGK's fans to be stunned.

But they were likely stunned on Friday, December 16, when Machine Gun Kelly – real name Colson Baker – took to his Instagram stories to share a very odd video.

Sharing a clip of him laying down, there were a heap of slimy leeches wriggling around and writhing on his lower stomach.

When posting the clip on his page, he wrote: "My best friends."

Zooming in on his bare chest in the video, the slimy leeches were soon filling the screen as they moved around.

The leeches could be seen writhing over MGK's tattooed stomach and near the tattoo which states "almost famous".

Looking as though they were sucking the musician's stomach, it is unclear what MGK is using the leeches for and if they were indeed sucking on his blood.

Leeches are widely known as parasitic, predatory worms and have suckers at both ends, which are used to attach to a host in order to feed on its blood.

The slimy worm-like creatures, which have a black outer, have long been used in medicine.

Leech therapy is also known as hirudotherapy, and is a "natural, safe treatment which utilises the healing properties of leeches", according to The Leech Clinic.

They also claim: "The healing properties of leeches have been known for hundreds of years.

"Leeches were used during medieval times because they were known to heal infections before antibiotics were discovered."

And in modern times, they've been used in the treatment of joint diseases such as epicondylitis and osteoarthritis.

The Leech Clinic states that for osteoarthritis, leech therapy is repeated every 6–8 months.

Their website states: "It is a safe and (in most patients) a very effective way to treat the symptoms of arthritis."