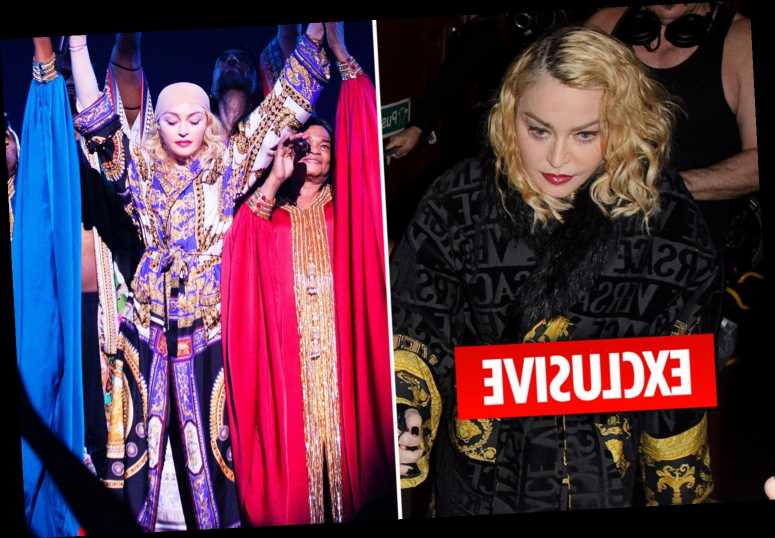 MADONNA boasted that she’s “never been with a guy with a small d**k” during her explicit Madame X stage show.

The gag by the 61-year-old superstar — previously married to Guy Ritchie, 51, and Sean Penn, 59 — was just one in a series of lewd jokes. 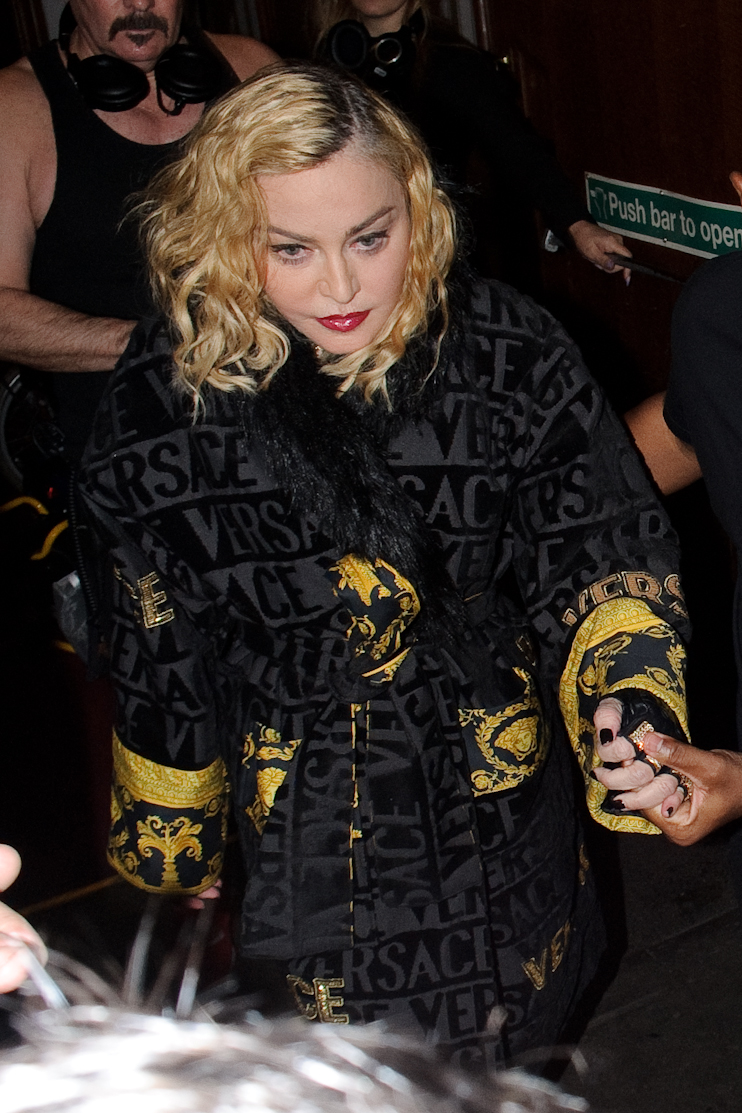 She asked the audience at the London Palladium: “What do you call a man with a small penis? The answer is, I wouldn’t f***ing know. I’ve never been with a guy with a small d**k.

“You know size matters, don’t pretend that it doesn’t.”

During the two-hour ten-minute show, she made other outrageous gags about having sexually transmitted diseases and being told she’s “good” when she’s on her knees.

After being given a chair by a dancer, she said: “Usually I kneel for about 20 minutes and that’s fine. I’m good at it, so I’ve been told.” 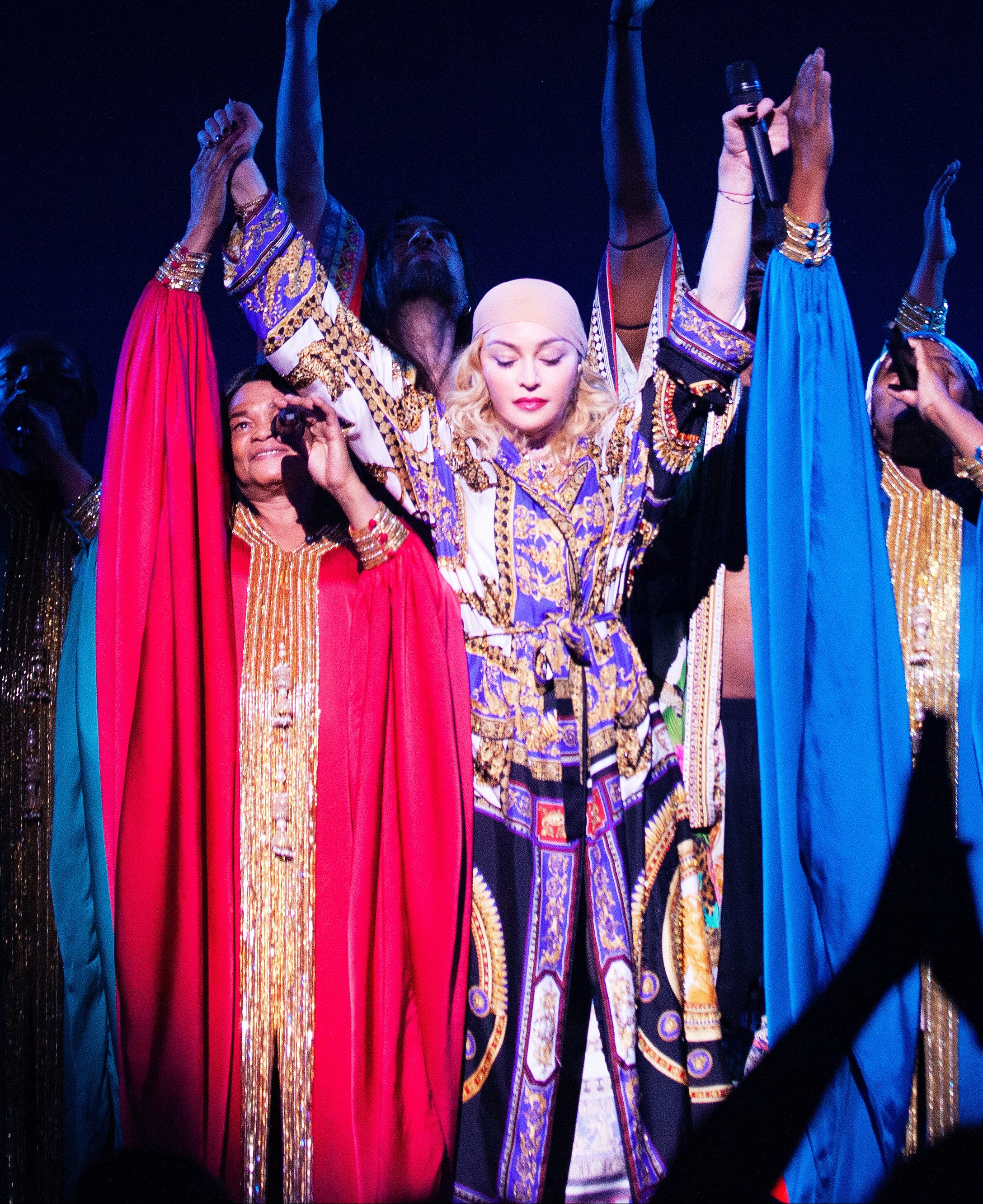 And when she took a swig from an audience member’s beer, Madge added: “There you go, we have just shared STDs.”

She also joked about finding her assistants on gay dating app Grindr and even made a crude comment about classical composer Mozart.

She said: “You know they say that the eyes are the window to the soul. And I believe that.

“However, I think that you are all forgetting about a more important window.” 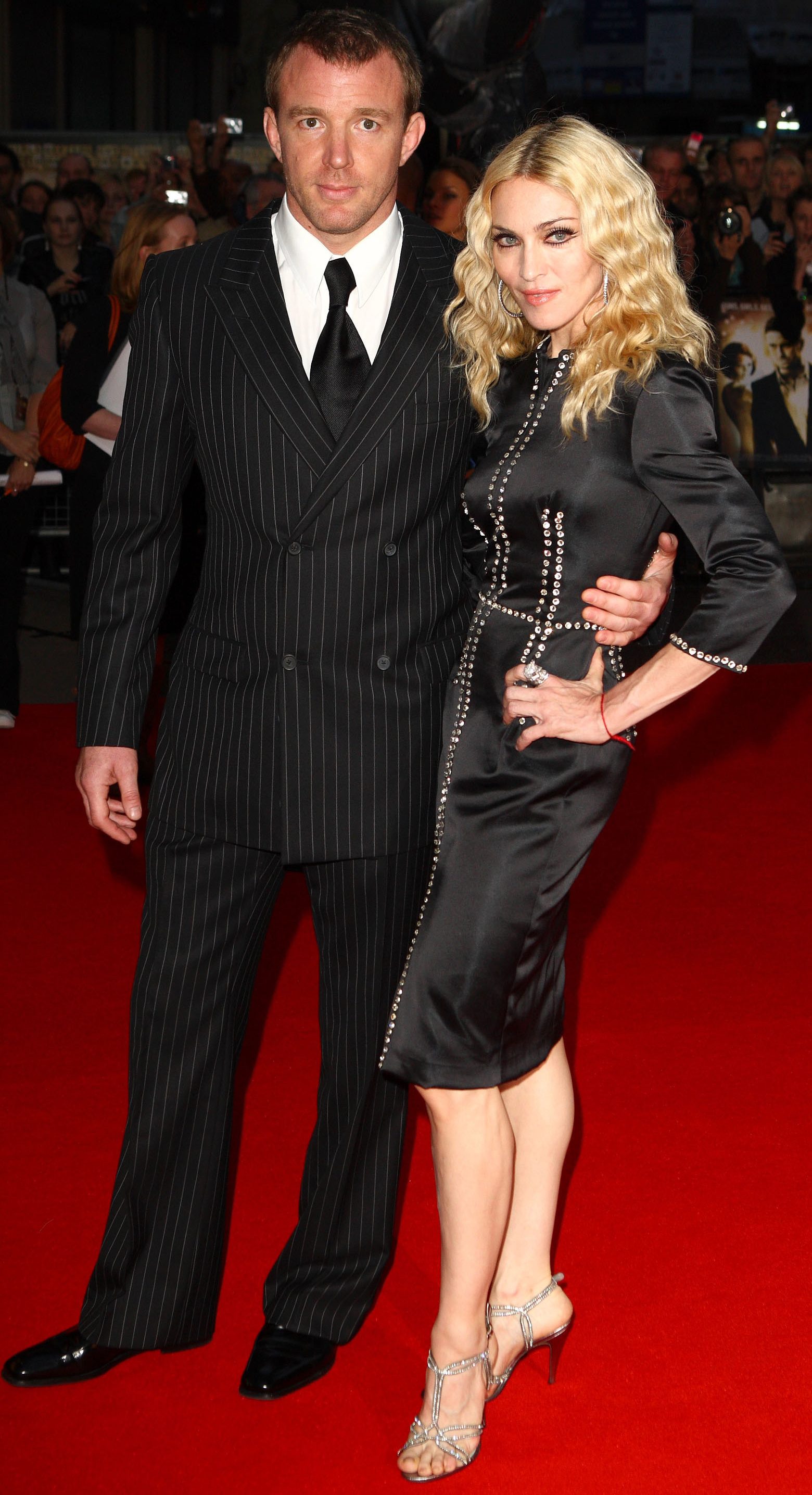 Opening her legs as Mozart’s music started to play, she added: “That’s right ladies and gentleman, this is what it’s like to have Mozart come out of your p***y. Don’t be jealous. I’m pretty sure he’s dead.”

The multi-million-selling singer’s show on Wednesday was the first of a 14-night stint at the Palladium over the next three weeks.

She has already performed it in the US and Lisbon — where her last album was conceived.

Madonna spent time in Portugal for the sake of 14-year-old son David Banda’s ambitions to become a footballer.

She’s axed ten performances in the last four months due to chronic hip and knee pain. 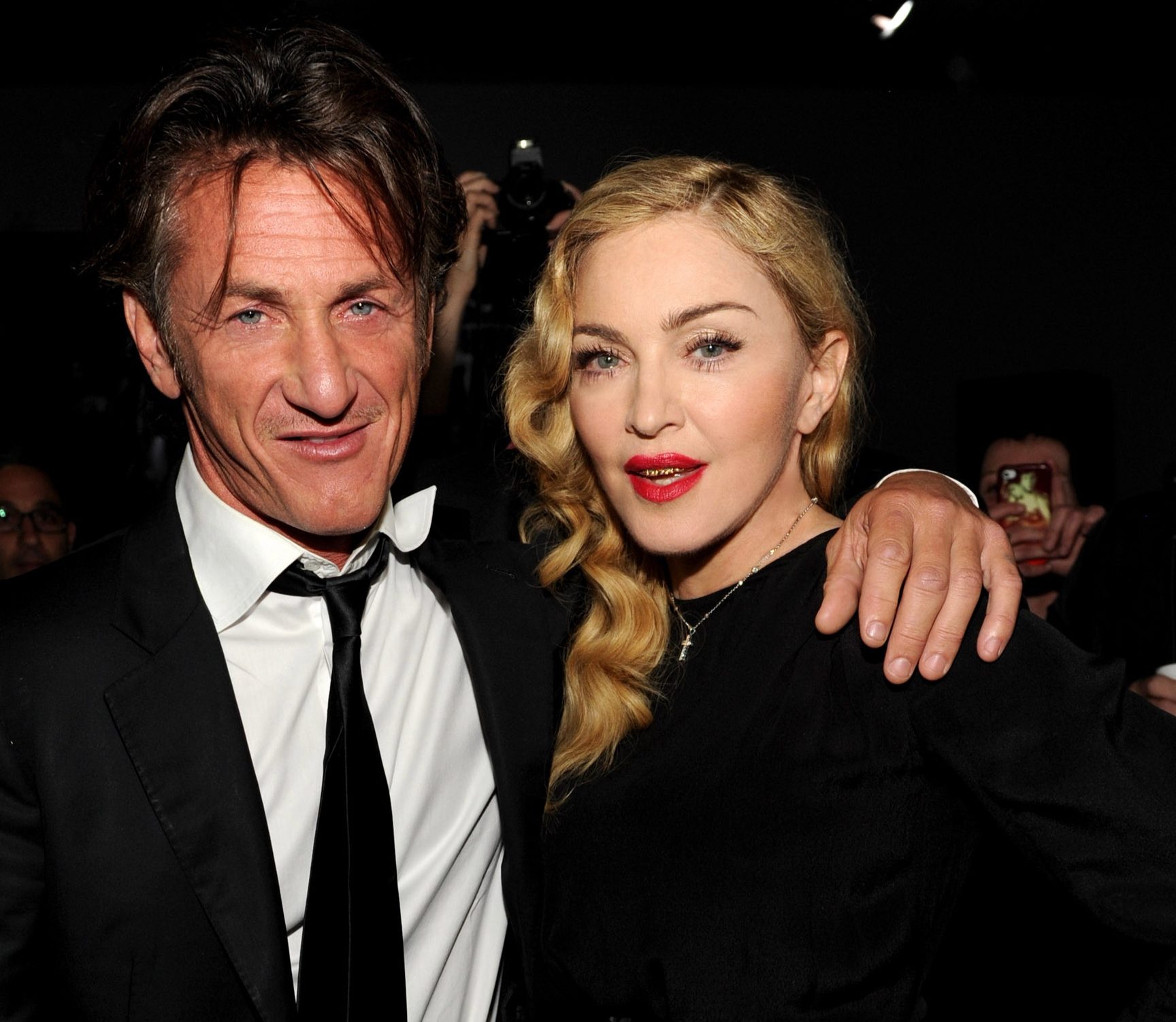 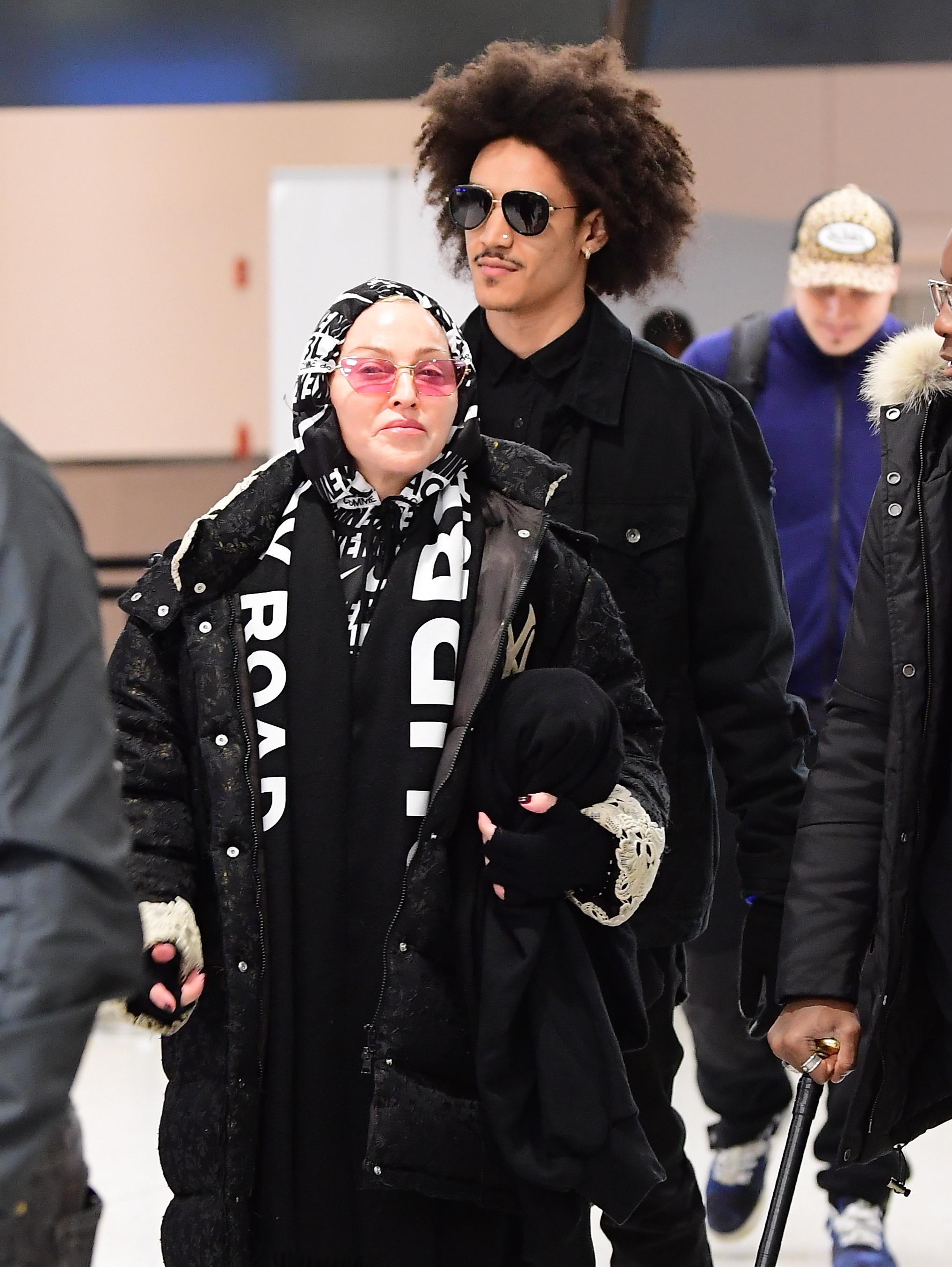