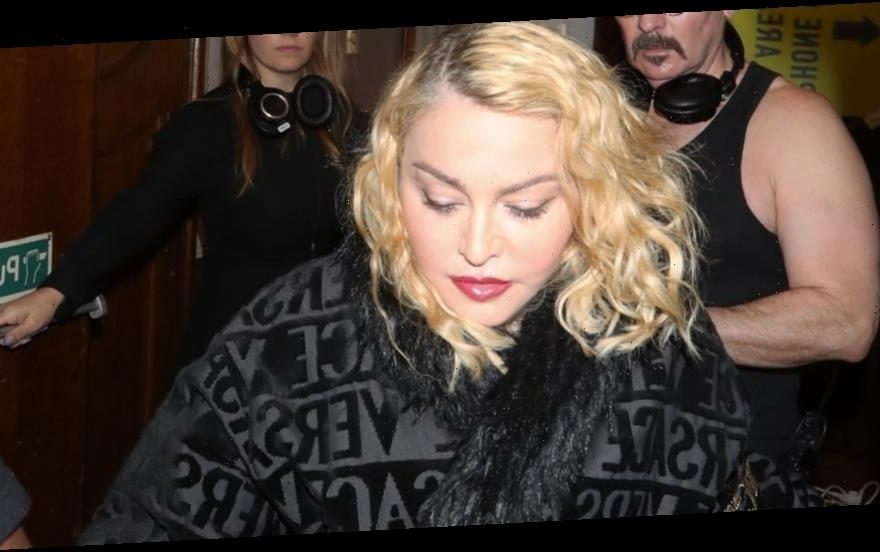 Madonna bundles up in a Versace coat while leaving the Palladium following her concert on Wednesday night (January 29).

The 61-year-old iconic singer was seen following her new boyfriend Ahlamalik Williams outside of the venue to their waiting car.

PHOTOS: Check out the latest pics of Madonna

Earlier this week, Madonna resumed her tour after cancelling another date on it because of an injury.

She shared that she was “happy to have made it” to the crowd during the event.

Madonna has had to cancel several other dates on the Madame X Tour, including in New York City, Los Angeles, Boston, and Miami due to production issues, injuries and scheduling limitations.