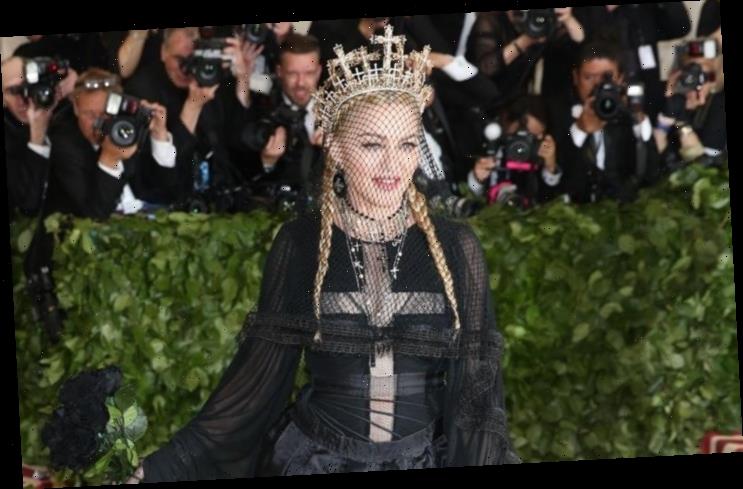 The ‘Vogue’ hitmaker confirms cancellation of two more dates after one of her dancers, Marvin Gofin, hints at shortened Madame X Tour amid the singer’s health woes.

AceShowbiz –Madonna has pulled two more concerts on her beleaguered Madame X Tour to allow the injured singer “time to recover” in between her live shows.

The 61 year old’s ongoing health woes have forced her to cancel gigs in cities including Miami, Florida, and Lisbon, Portugal in recent weeks, while she also axed the first night of her planned 15-date residency at the London Palladium in England on Monday, January 27, 2020.

The “Vogue” hitmaker returned to the stage in the British capital on Wednesday and Thursday, but fans were left wondering if Madonna was going to scrap more stops after one of her dancers, Marvin Gofin, hinted at a shortened tour on his Instagram Stories timeline, when he wrote, “Madame X 7 More.”

Gofin didn’t offer up any further details, but on Friday, Madonna revealed she was cancelling two upcoming concerts during her stay in London on doctors’ orders – in an effort to make it to the end of her trek, which wraps in March following a 14-night stint at Le Grand Rex in Paris, France.

Breaking the news to ticketholders on Instagram, she wrote, “As you all know i have multiple injuries and have had to cancel shows to give myself time to recover.”

“So as not to surprise you i want to let you know ahead of time that I will be cancelling 2 shows- on Feb 4 and Feb 11th at the Palladium in London. because doing 3 shows in a row is too much on my body and in fact my doctors insist i take a day off after every show but i believe can manage if i do 2 shows then I rest (sic)!”

“Its a miracle i have gotten this far but a-lot has to do with the fact that i do 6 hours of re-hab every day (sic). 3 hours before show and 3 after with multiple therapies,” she explained.

Madonna went on to share that she had “switched to flat shoes” and “modified” trickier aspects of the performance to make it easier on her body.

“This has helped enormously but i still need to be careful and of course rest is the best medicine,” she added.

“i never want to cancel any show and Im determined that i will make it to the end if i pace myself (sic). God Willing…”

Concluding her post, she wrote, “I appreciate your understanding and sincerely apologize for any inconvenience. Thank you!! Madame X.”

The singer is due to continue her London run on Saturday, February 1, 2020.

She had also pulled out of shows in New York, Los Angeles, and Boston, Massachusetts earlier on in the tour, which kicked off in September 2019.