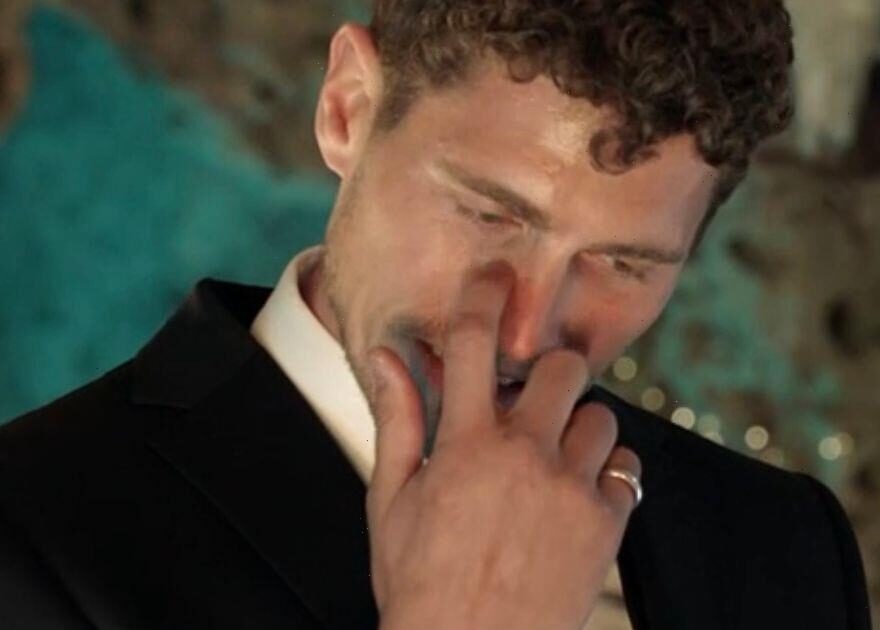 Married At First Sight UK aired the first of the final vows on Wednesday night as it revealed the fate of two of the show's couples.

However, the episode ended on a cliffhanger as Thursday's spoiler clip teases heartache for the remaining contestants on the hit E4 series.

During the latest instalment, Zoe Clifton and Jenna Robinson were up first as they decided whether to stay together or leave the experiment.

Despite starting off positive in her vows, Jenna soon pointed out their different views of starting a family but ultimately ended on: "There are lots of obstacles we might have to overcome.

"But ultimately, I hope these are things we can overcome together. We have managed to conquer every conflict so far, no matter how big or small, and we've come out stronger for it."

She sweetly added: "If I could write stay today, I would. I choose you now, and I want to keep choosing you for as long as we are both happy. I hope you keep choosing me too!"

To which Zoe then delivered her vows, pointing out their different lives and different views of starting a family, but ultimately ended on: "On our wedding day, I knew the person standing with me at the altar would be someone I never forget.

"You're the most thoughtful person I've ever met. I promise to have your back, respect and stand beside you. I'm hoping to continue to do so, if you'll let me."

She sweetly added: "When I think about my future, I hope that you're in it and we continue to grow. Thank you for making our first chapter so amazing. Let's go finish the book."

Next up, it was April Banbury and George Roberts as they both decided to stay.

However, it looks as though there could be heartache for Sophie Brown and Jonathan Wiseman as despite the episode showing Sophie wanting to stay, it ended before Jonathan delivered his vows.

While the teaser sees Jonathan look sheepish as he admits: "I feel bad now…" to which a concerned Sophie asks: "What have you written?"

It then cuts to his vows as he says: "I was always a guy who had to feel everything… unfortunately, I wasn't feeling that with you."

While it also teases Chanita Stephenson and Jordan Emmett-Connelly's vows, as well as Whitney Hughes and Matt Murray's decision.

In the clip, Whitney says: "I don't want to disappoint Matt, but I've had to think of my head and not just go with my heart."

While Jordan warns: "I really don't want to hurt Chanita but I've got to be completely honest today."

Cutting to Matt's vows, he says: "Have we been foolish? Are things moving too fast?"

While Jordan says to Chanita: "I've stuck with relationships in the past… that have ended with tears. I want to spare us both that heartache."