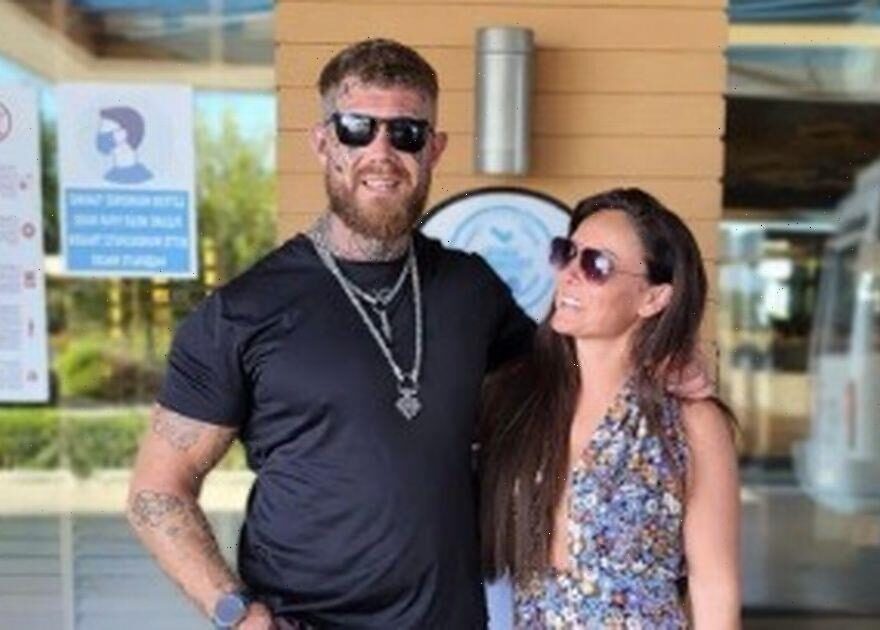 The pair set tongues wagging with people wondering about a possible romance as they both shared snaps and videos from their trip, however they've insisted that they're just friends.

But adding more fuel to the fire, Matt, 32, shared four snaps to Instagram of himself and Marilyse, 38, as they looked very comfortable and happy in each other's company.

In one picture, Matt could be seen with his arm wrapped around Marilyse as she beamed whilst gazing at him, whilst in the other snaps, the pair can be seen laughing as they gaze at each other.

The snaps garnered plenty of comments, with some people referencing Whitney, who Matt was with on MAFS, after cheating on his original wife Gemma.

One wrote: "Do you regret getting the tattoo for Whitney now?!" whilst another commented: "Another new tattoo for the second bird he will say he loves," and a third wrote: "Wait is he in love again," with a laughing emoji.

Matt leapt to defend himself as he wrote: "We're all aware mafsuk finished filming in June?? What everyone watches on the TV happened months ago," adding a love heart emoji.

One follower backed him up as they kindly wrote: "Ignore the negatives! People come into your life for a reason. Whether it’s to open your heart and mind to happiness or a long term relationship. There is no measure or time limits on emotions."

Quashing rumours of a romance, a spokesperson for both stars was quick to put any rumours to rest as they insisted that the pair are simply friends.

They told OK!: "There’s no romance, Marilyse has gone to recover from a marathon which she ran for Kidney Research recently and she’s celebrating with her son that it's a year since donating her kidney to save his dad’s life.

"Matt has gone to recover from the trauma of the show, as you’ll have seen last night it’s taken a toll on his emotional wellbeing. Marilyse knows oh too well how the public reaction can impact the mental health of the men on the show as she saw how it impacted Frankie.

"So she’s being nothing more than a supportive friend to him whilst other friends from the show are filming the Christmas reunion.”

Matt opted out of doing the Christmas reunion, as he deals with personal issues including his mother's cancer diagnosis.

Speaking about his decision to skip the upcoming reunion, a source told the Mirror : "He didn’t want to relive the emotional turmoil from the series.

"He’s spent time working on himself, recovering from the heartache he’s felt during the series and wrapping his head round his mum’s diagnosis."

They added: "So he's chosen to focus on family and his own mental health.”