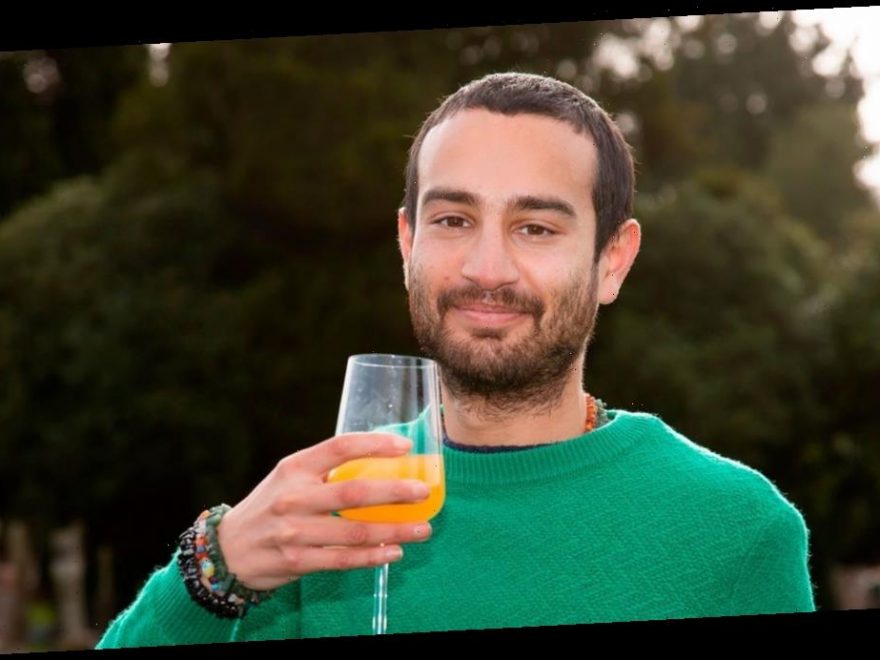 A man has opened up about his health regime – where he enjoys a glass of his own urine everyday.

After reading about its health benefits, Harry Matadeen, 32, even moisturises with his own pee when he began the practice four years ago.

The health coach now drinks 200ml of his aged urine – which can be a few weeks to a month old – as well as massage it onto his skin each morning.

As a result of his unusual practice, Harry feels healthier, happier and smarter than ever before, and credits drinking aged urine to “curing his depression”.

Harry, who is often mistaken for a man in his twenties, penned two books on the power of aged urine therapy, Aged Urine: Re-Discovery Of The Century, which is available to buy on Amazon.

He explained: “Aged Urine therapy is the art and science of collecting and storing one's own urine in a bottle, allowing it to ferment by itself in a natural process.

“Then using that 'aged' urine as medicine to heal you, either through drinking it, massaging it into blood through the skin, or even in other ways like in an enema, an aged urine enema! To me its been nothing but very powerful!

“I started fresh urine therapy owing to not feeling physically healthy and depressed, it worked wonders in removing my depression just the fresh urine but the aged urine was next level and the boost in energy was incredible!

“It's made my brain feels shaper and my previous depression just went away. People are frequently surprised when they find out I am 32 years old, and most think I look in my twenties!

“The reason is because I massage my own Aged urine on my face a little every morning. It's a top end moisturiser and removes wrinkles and it has 2% urea in it which is substance the best anti ageing creams use.

“Have a look at the ingredients list of said products if you don’t believe me! I'm not a vain person so looking younger doesn't stroke my ego too much, but I do care about being healthy.”

The coach, who runs the brand “Holistic Health With Harry”, decided to give urine therapy a try in summer 2016 after feeling depressed and not feeling physically healthy.

Now he’s seen his health improve after drinking it.

And it was through social media that Harry learned about the even greater healing powers of drinking his aged urine.

He said: “I soon learned from Facebook urine groups that there was something even more powerful than fresh urine. They called it ‘aged urine’.

"Urine is considered aged at only 4 days old and each day after you let it sit and ferment naturally its power to heal you grows and grows.

"After trying my aged urine, I felt an instant uplift in energy. I became obsessed with it and that's an understatement. I never minded the taste of my own fresh urine. Aged urine admittedly wasn't the most pleasant taste at first but I didn't really care and grew to love it."

He drinks around 100-200ml of his aged urine and since discovering the power of the ritual, Harry has devoted his life to educating people about it.

Speaking about his Instagram page where he has 2,500 followers, he said: “I have done all I can to promote Aged Urine over the years on social media. Aged urine is free and powerful medicine that can cure all manner of diseases, and I've seen this from people I've talked to online.

"It's given me abundant, blissful energy, my brain feels shaper and my depression just went away. What have you got to lose by trying it? Experience will teach you…”