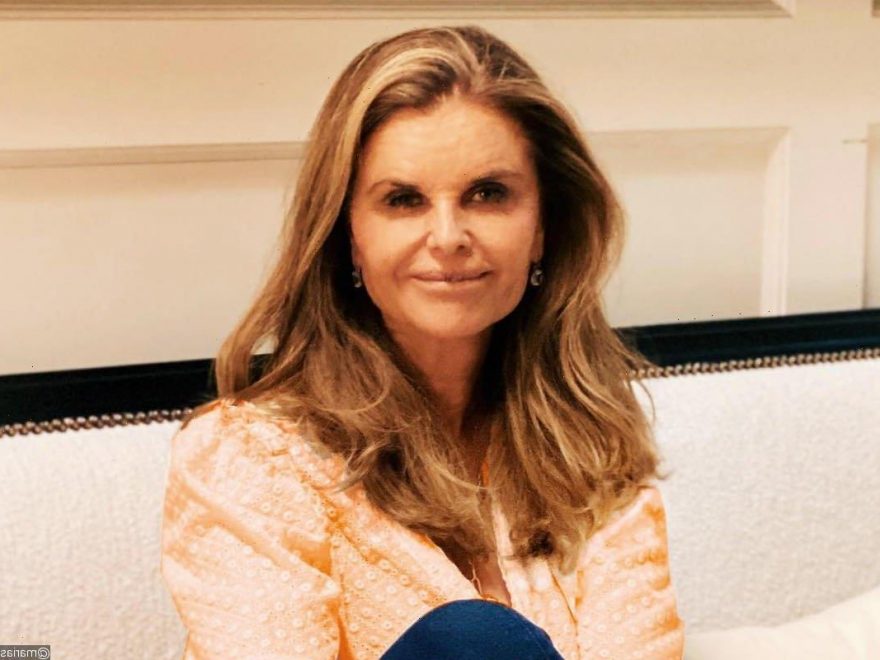 AceShowbiz –Maria Shriver looked shockingly unrecognizable during her recent outing. Going makeup free while out and about over the weekend, the 66-year-old former journalist was compared to “Star Trek” character Klingon.

Maria was photographed heading to her car after stopping by the construction site where she is building a new home in Santa Monica, California. The ex-wife of Arnold Schwarzenegger kept things casual in black leggings and a purple T-shirt during the outing.

The former first lady of California used a clip to keep her long brunette tresses out of her face while she completed her look with a pair of gray sneakers. She also had two brown leather bags slung over her shoulder as she carried floorplans for her new home.

Maria appeared to be in good spirits as she flashed a smile to photographers, but it was her different look that drew attention the most. During the outing, her forehead looked excessively pulled back and unnatural.

Her appearance has left social media users in shock, with one Twitter user demanding to know, “What did Maria Shriver do to her face? Horrifying.” Another was in disbelief as saying, “someone had to photoshop that photo.”

“Oh dear…what happened,” a third reacted, while some others said that Maria’s face reminds them of the fictional species in the “Star Trek” film franchise. “Maria Shriver…woman, man or Klingon???” one of them roasted the mother of Katherine Schwarzenegger. Another said, “Not to be rude, but why does Maria Shriver look like a Klingon?” as another user wrote, “oh my god!! Real life kliingon.”

Someone else mistook Maria for Caitlyn Jenner at first. “I really thought for a second that was Caitlyn Jenner. I didn’t realize until I actually read what you wrote that it’s MARIA SHRIVER,” the said person claimed.

Maria has not offered an explanation to her different look, but some plastic surgeons have attributed her unrecognizable appearance to cosmetic surgeries. Dr. David Saadat, a triple board-certified facial plastic surgeon, tells RadarOnline.com, “Unfortunately, Maria Shriver had too many facial fillers and possibly PDO threads done to her cheeks, chin and Nasolabial folds. Her lips are overly filled and have migrated. Maria would benefit from resolving all the fillers and starting over. For someone her age it would be recommended to get a facelift instead of more filler.”

Dr. Michael K. Obeng also weighs in, “It looks like Maria Shriver has had a brow lift also known as a forehead life. Also, a facelift … looks like a facelift. Whoever did it pulled it so tight.”