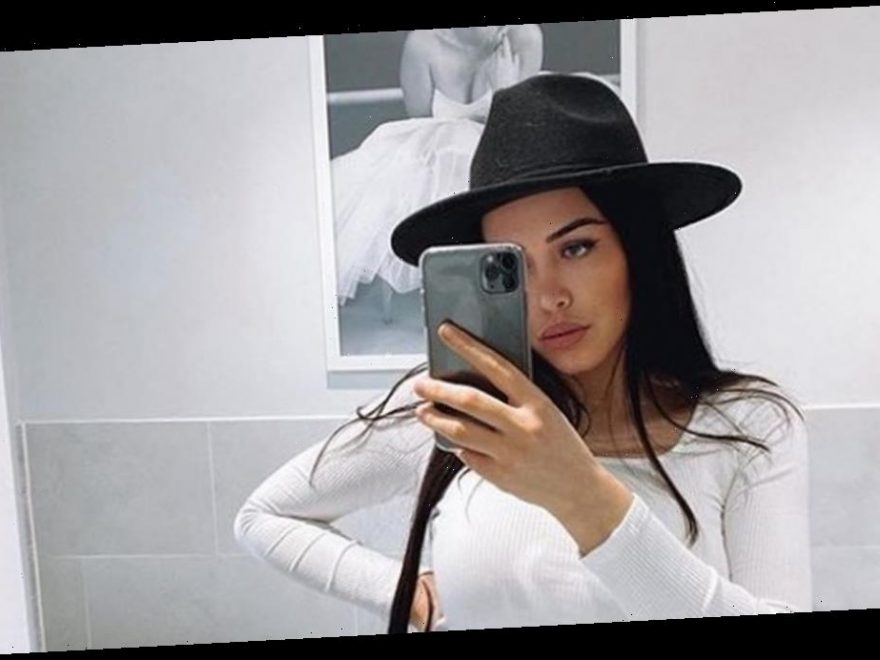 The brunette beauty welcomed her first child, Rox, with boyfriend Casey Johnson in October, after a 28-hour labour.

Taking to Instagram, the 28-year-old sported a pair of high-waisted jeans and a cream top – shifting from 9st 10lbs to 8st 7lbs.

The snap of her trimmer figure comes after the TV personality opened up about the complications with the birth, and admitted she'll use a surrogate for her next child.

Discussing her surrogacy plans, she said: "I don't know anything about it so I'd have to do a bit of research. It's a route that I never thought I'd have to go down."

She added: "I've been in a lot of pain with it and it's affected my first few weeks with Rox, I've been really down about it.'

"It hit me hard mentally because I was so ill and I wanted to do so much with Rox and I just couldn't. I found it really stressful, but I'm on the mend."

During her "extremely hard birth and labour," Marnie lost two pints of blood and had to undergo two blood transfusions.

She has since discussed her birthing experience on her Instagram and confessed she suffered from a "constant UTI" that prevented her from going in the swimming pool.