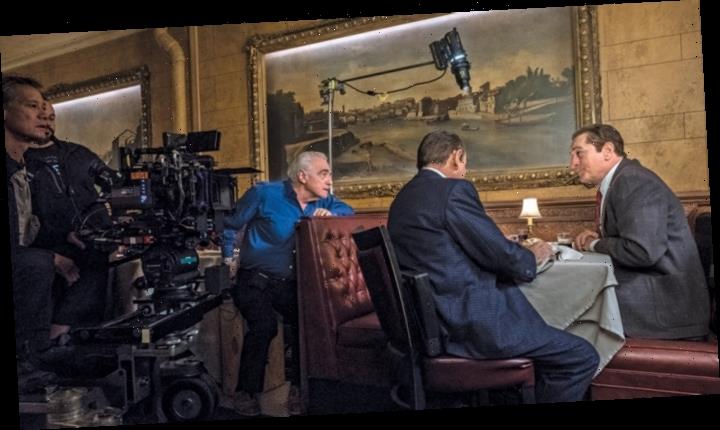 Actors sometimes complain about being typecast, but it’s a fact of life for anyone in entertainment. John Ford is usually labeled a director of Westerns, despite “The Grapes of Wrath” and  “Mister Roberts.” David Lean is known for his epics, but he also directed “Brief Encounter” and “Summertime.” Vincente Minnelli? The director of musicals, overlooking “The Bad and the Beautiful,” “Lust for Life” and “Some Came Running.”

Martin Scorsese in the past year has often been described as the director of gangster films, even though that genre represents only five of his 25 narrative films, or roughly 15% of his work, if you add in documentaries.

Plus he got vivid performances from Cybill Shepherd in “Taxi Driver,” Liza Minnelli in “New York, New York,” Catherine O’Hara and Rosanna Arquette in “After Hours,” Vera Farmiga in “The Departed,” Chloe Grace Moretz in “Hugo,” and Margot Robbie in “The Wolf of Wall Street,” to name a few.

At the Santa Barbara Intl. Film Festival’s tribute to Scorsese, Al Pacino told me, “It’s hard for an actor to know if the role is right for them. You’re always trying to find the character. With Marty, there’s a freedom. He is like a safety net that allows actors to feel free to experiment and try things.” That’s true of all the actors in his films.

This year, Scorsese has been typecast in another, subtler area. “The Irishman” is one of his best films, a valedictory for his past gangster films; in addition, he’s a font of knowledge of film history and an activist for film preservation via the Film Foundation. Despite these things, he inevitably has been asked four recurring questions: Is “The Irishman” a film or a TV show? Why did Netflix give the movie such a brief theatrical run? Was de-aging difficult? And, apparently the most important question: Does he hate Marvel?

The answer to all of these questions: Shut up, it doesn’t matter.

In a guest column for the New York Times, Scorsese explained his comments about Marvel and other studio blockbusters. He wrote that he grew up thinking of movies as an art form and many movies today “are perfect products manufactured for immediate consumption.” He worries that Hollywood is seeing “the gradual but steady elimination of risk.”

“Risk” is the key word for his most recent films, which I think are his best: “Shutter Island,” “Hugo,” “The Wolf of Wall Street,” “Silence” and “The Irishman.”
In terms of awards, they’ve been a mixed bag: “Hugo” got 11 Oscar noms, with five wins; “Wolf” had five nominations, no wins. The brilliant “Silence” got one; “Shutter Island” got zero.

Is there something sinister or inherently flawed with Academy voters? No. It’s the nature of the beast. Only five individuals can be nominated, and only one can win.

Oscars are 92 years old, and Scorsese has been working for roughly half that time. He’s been making films since before the birth of some director contenders. He is part of Oscar history, esteemed as one of the all-time greats. That doesn’t necessarily guarantee a win.

The outcome on Feb. 9 is in the hands of the awards gods. Whatever happens, “Silence” will be rediscovered in a few years, “The Irishman” and all of Scorsese’s work will stand on its own.