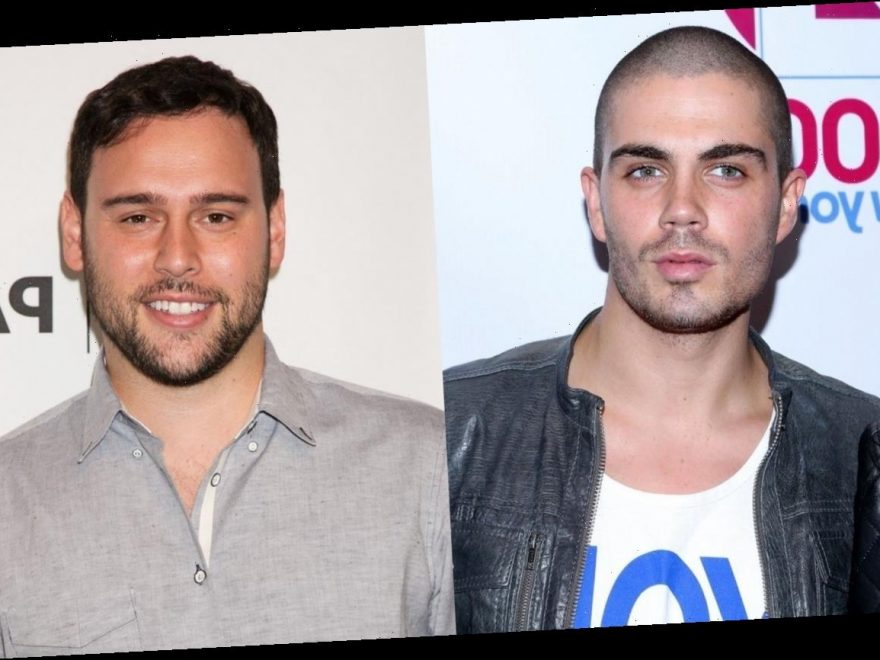 The Wanted regrets venting his frustrations towards then-manager, claiming he was left to fend for himself while in Los Angeles because he’s not a priority.

AceShowbiz –The Wanted star Max George screwed up a solo deal with music mogul Scooter Braun during a drunken night out in New York City.

Frustrated with the direction his career was taking, the Brit got “leathered” one night and took his angst out on his manager, and his actions led to a split.

“There is, like, a downside to having a manager that has got such big artists, because you’re not the priority – so you have to fend for yourself quite a lot, and I found that out when I was in L.A.,” Max tells Tom Green‘s “Dangerous Dinners” podcast. “Scooter helped me a lot in certain things, but it was quite a lonely place to be at times.”

“I remember having an argument with him when I was in New York one night when I was leathered. And I was forever apologising for my actions that night. It was frustration that the band (The Wanted) had ended.”

“Oh man, I went into one in a club one night… and our relationship wasn’t great after that to be honest… I couldn’t remember anything either. Andy Brown, who was a friend of mine…, he’s the one that dragged me away. And the next day he was like, ‘Mate, you ain’t got no manager now.’ I was like, ‘F**king hell, man.’ “

But George had some good times with Ariana Grande and Justin Bieber‘s manager – like the night he ended up playing Cluedo with Tom Hanks at Braun’s home.

“Scooter said, ‘Come for a pint at Rock and Reilly’s (pub),’ which was one of my locals when I lived in L.A., and I was like, ‘Alright,’ ” the singer recalls. “And I got there and I ended up going on a full night of drinking with Scooter, Tom Hanks, Ariana and Justin Bieber. Oh and Ed Sheeran.”