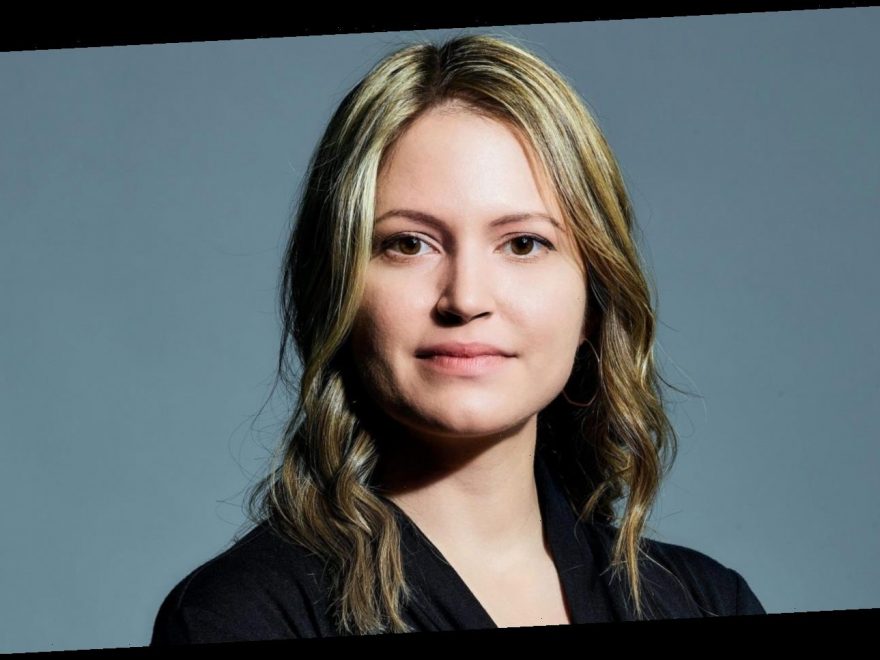 In 2017, Susan Fowler called out Uber’s culture of sexism in an explosive blogpost. Eight months later, the #MeToo movement began.

“I’d worked so hard – for what? To be sexually harassed by my new manager on my first day?” writes 28-year-old Susan Fowler in her new memoir. For anyone who has closely followed the #MeToo movement, her name might ring a bell.

Fowler is better known as ‘the Uber whistleblower’ – the woman who, in 2017, publicly called out the company’s pervasive culture of sexism, racism, harassment and bullying in her incendiary blog post, ‘Reflecting on one very, very strange year at Uber’. The post was picked up by almost every major news outlet 30 minutes after she pressed publish – and within six hours, over one million people had read it.

Eight months later, The New York Times ran those explosive allegations against Harvey Weinstein, effectively igniting #MeToo and prompting victim after victim to come forward. When Time magazine named ‘The Silence Breakers’ (a group of women at the forefront of the movement including Ashley Judd, Tarana Burke, Rose McGowan and Taylor Swift) as its Person of the Year 2017, Fowler appeared on the cover for her role in unmasking sexual harassment within the tech sector.

Perhaps the most striking thing about her story is it could have happened to any of us: a hard-working woman who found herself in a toxic office environment. When she became a ‘nUber’ – a new employee at Uber – she joined the most valuable private start-up in Silicon Valley history, landing a coveted role as a software engineer at one of the industry’s much-hyped unicorns.

Then, she was propositioned by her manager and when she reported his misconduct to HR, she was ignored, punished and gaslit. After a year of discrimination, marginalisation and bullying, which would prove deep-rooted across the company, Fowler quit and, two months later, wrote that now-famous blog post.

The result was astounding. It provoked a company-wide investigation led by Barack Obama’s attorney general Eric Holder, which resulted in Uber’s former CEO, Travis Kalanick, being ousted. Fowler’s words also created a ripple effect, inspiring other women to share similar experiences of discrimination and inequality across Silicon Valley – and beyond.

For many, it was a pivotal moment foreshadowing #MeToo. Behind the scenes, however, the fall-out of Fowler’s actions was dramatic, reading like a Hollywood thriller in her new book Whistleblower. Cut off from friends and family, hassled by journalists and followed by private investigators, she ended up hiring security protection. No wonder there’s a film about her experience on the horizon.

Now, married and living in San Francisco with her husband and two- year-old daughter, Fowler works as technology opinions editor for The New York Times. She has since called for an end to the ambiguous legal clauses in the workplace that prevent people like her seeking justice, and apparently has a big project about privacy in the works. Here, she tells Stylist about the risks and rewards of blowing the whistle on sexism at Uber.

“On my first official day working at Uber, my new manager sent me a string of messages saying he was in an open relationship and looking for a woman to have sex with. I remember my jaw dropping in shock. I tried to divert the conversation – I didn’t want to make trouble on my first day – but I felt sick to my stomach.

I reassured myself that Uber was an international firm with an HR department to support me when I reported the messages. But when I met them the next day, I was told that, while it was sexual harassment, my manager was a ‘high performer’ and this was his first offence, so they didn’t feel comfortable punishing him. I was crushed.

It soon became clear that women were not seen as high performers. Several months later, the company bought leather jackets for all 120 male engineers, but not for the six women in the team. It was so absurd that I laugh about it in retrospect, but at the time, it made me realise how little the company valued its female employees.

And it was a regular source of discussion for LadyEng – an informal group for women in Uber’s technical teams, which I had joined. The other women revealed they had experienced similar sexist interactions – some at the hands of my manager – so I escalated the matter to the chief technology officer. But he told me the same thing as HR – even though it clearly wasn’t his ‘first offence’. The same manager who, by then, had told other colleagues that I reported him because I couldn’t ‘handle’ a man like him.

It was at that moment I realised this ‘script’ on how to respond to harassment went all the way to the top and there was nothing I could do to change it. That took a toll on my mental wellbeing – I became anxious and would end up crying in the toilets after meetings with male managers who would threaten and insult me, telling me I wasn’t ‘working hard enough’, or I was ‘the problem’ despite delivering everything they asked of me.

The stress began to seep into my personal life. I’d argue over something trivial with my boyfriend and feel so defensive and attacked that it left my heart pounding. A disagreement with my mother caused me to have a panic attack.

But it wasn’t just sexism affecting me at work. Uber also had a very aggressive culture, creating a toxic atmosphere that ground down employees. You weren’t treated as an individual but a cog in a machine. In the summer after I joined, one colleague who was bullied by his manager took his own life. I was determined not to be the next victim.

I struggled with the concept of being a whistleblower for a long time. Being branded a troublemaker could have damaging consequences to my career and personal life. It was scary to think this was how I was going to be known. But I wanted to be recognised for the things I had done, such as writing a widely implemented computer-programming book and teaching myself physics, not the things that had been done to me.

I realised I could become ‘the woman who spoke out’ instead – the subject, rather than the object, in my own life. When I sat down to write my blog – on a Sunday morning, one week after my wedding, wrapped in my favourite blanket at my kitchen table – I only thought of taking back my story. I felt, in my heart, that sharing it with the world was not only the right thing, but what I was morally obligated to do.

While my time at Uber was horrendous, the aftermath from publishing that post was worse. The reaction was instant and overwhelming as the story went viral. It’s both astonishing and humbling to know around six million people have read it, but telling your story makes you vulnerable and that much attention is terrifying.

I vividly remember just sitting there watching my phone crashing with the incessant calls and texts. While some people sent messages of support, others were hateful. ‘Shut the fuck up and get on with your life, nobody cares about your psycho drama,’ wrote one person in the comments.

I thought the attention would pass, but every day there seemed to be a new story about me in the press. And it wasn’t just affecting me; it impacted my family, my husband and my friends, who were hounded by reporters and private investigators digging into my past and my personal life. I felt frustrated not having foreseen this. The guilt was suffocating.

My social media was hacked. I couldn’t sleep as I prepared for the worst parts of my life to become public. I was haunted by every mistake I’d made, every person I’d hurt. All the while, rumours discrediting my character were appearing in the media.

In March 2017, I realised I was being watched. Having a man follow me down the street made me feel a primal level of fear, and left me with so many scars – I’m still paranoid about security, obsessively cautious online and never give out my phone number.

Bringing down Kalanick and helping start the #MeToo movement was never my intention. I simply wanted to speak out against something I knew was wrong. I had no idea it would spiral to show sexual harassment was present in nearly every industry. In some ways, I’m still processing it. After all, I’m just one voice among so many people speaking up. I just hope people continue to come forward as I know how scary it can be for a woman to do that.

At the same time, thanks to the movement, women can no longer be ignored. Telling your story creates a domino effect. Every time a woman adds her voice to the movement, it makes it easier for the next person to speak out. Since writing my blog, so many women – and men – have shared similar experiences of harassment and discrimination. It proves there is a systemic issue in our culture that needs to change.

We need accountability and we need greater transparency. One way to do this would be ending forced arbitration. It’s estimated that 80% of Fortune 500 companies use forced arbitration in employment agreements, which prohibits employees from suing their employers in open court if they experience mistreatment. Instead it restricts complaints to secret arbitration proceedings that are accompanied by gag orders to keep them out of the media. It effectively protects predators and stops victims’ stories being heard.

It’s why I encourage everyone to stand up and speak out. We need to have the courage to not accept the status quo – sexual harassment in the workplace shouldn’t be allowed to go unpunished. One more voice can make all the difference.”

Whistleblower: My Journey To Silicon Valley And Fight For Justice At Uber by Susan Fowler (£21, Viking) is out now