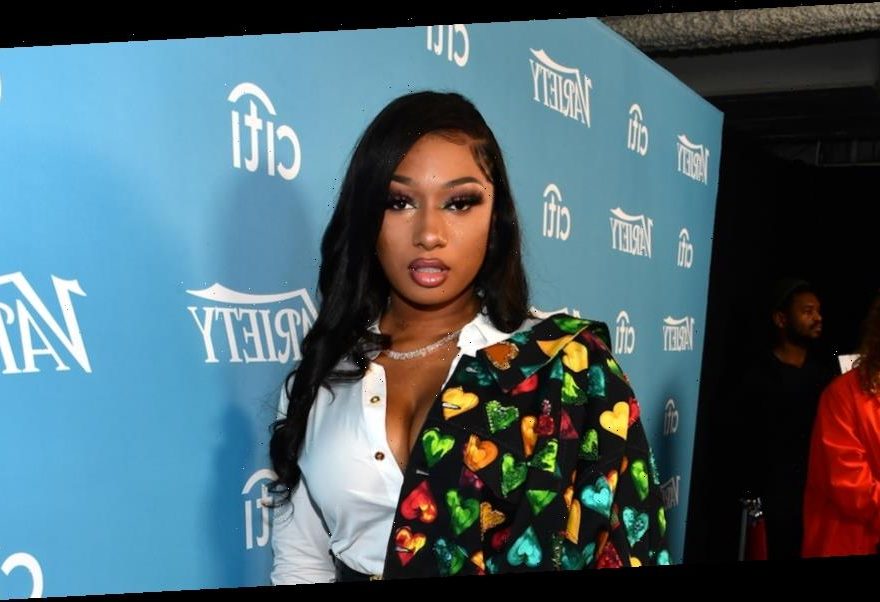 Barely half a day after Tory Lanez refuted Megan Thee Stallion’s allegations that he shot her via the lyrics in his surprise album “Daystar,” Megan’s team fired back with a claim that representatives for Lanez have attempted to stage a “smear campaign” against her in an effort to discredit her claims against him.

The incident in question took place in Los Angeles on July 12, when Lanez was arrested for possession of a concealed firearm after being pulled over in a vehicle that included Megan and two other occupants; initial reports said she had cut her foot on broken glass, but she later claimed, via a gradual series of social media posts and videos, she had been shot by Lanez as she was walking away from the car after an argument. She later said she did not tell officers about the shooting because “we was already in enough trouble.”

Megan’s attorney, Alex Spiro, said in a statement to Variety: “We have been made aware of manipulated text messages and invented email accounts that have been disseminated to the media in a calculated attempt to peddle a false narrative about the events that occurred on July the 12. A smear campaign can’t change the truth.”

A rep for Lanez denied that his camp is responsible for the emails, saying in a statement, “A representative of Tory strongly denies sending emails or otherwise creating a false narrative. The only commentary which has been made on this topic was the creative output on the album. We are investigating who could be sending these false emails and intend to take action against them.”

Variety received one of the emails cited by Megan’s reps, which linked to a three-minute video in which a man who claimed to be Lanez’s former bodyguard stated (rather awkwardly) that he had never seen Lanez be violent with women and “wouldn’t do nothing like” the accusations that have been leveled against him. TMZ, which first reported the news, posted a screen shot of an email from LIV nightclub in Miami that claims Megan’s management, Roc Nation, influenced the plaintiff in a lawsuit filed against Lanez, claiming he went on a menacing attack in the club, a claim Roc Nation has denied.

A source close to the situation tells Variety that law enforcement is in possession of the bullets that were removed from Megan’s foot.

Roc Nation declined to comment; a rep for the Los Angeles District Attorney’s office did not immediately respond to Variety’s inquiry whether there has been any update to its most recent statement, which reads: “On July 24, our office asked law enforcement for further investigation before making a filing decision on a charge of felony assault with a semiautomatic firearm – personal use of a firearm, against Daystar Peterson [Lanez’s real name]”

The backstory of the incident has unspooled gradually over the past few weeks. In the early hours of July 12, Lanez was arrested in Hollywood for possessing a concealed weapon; Megan (real name: Megan Pete) and two other people were in the vehicle with him at the time of the arrest, although the shooting took place beforehand.

Lanez, 28, a Canadian citizen whose real name is Daystar Peterson, has kept a low profile since his arrest.

While the incident was reported in the press just hours after it took place, details have been slow to unfold. Most of them have been provided by Megan herself, culminating in her accusing Lanez of being the gunman after weeks of increasingly damning hints.

“Yes, this n—a Tory shot me,” she said in a fiery video posted to Instagram on Aug. 20. “You shot me, and you got your publicist and your people to [talk to] these blogs, lying and s––. Stop lying!” Various individuals claimed on social media that Megan had physically abused Lanez or faked the shooting.

Megan, Lanez, his bodyguard, and an unidentified woman who is speculated to be Megan’s close friend Kelsey Nicole had attended a party at Kylie Jenner’s Hollywood home earlier in the evening. The four were pulled over by police after a report of gunfire outside a second residence; a witness described the car they were traveling in. While initial reports said Megan had cut her feet on broken glass inside the car, she later claimed to be the “victim of a shooting,” but without identifying the gunman, who was widely suspected to be Lanez.

Megan, 25, then posted photos of her injured foot on Instagram but deleted them a few hours later. More posts discussing the incident ensued; then on Aug. 20 she tweeted, “Lie one more time and ima quit sparing you” — her claim that Lanez was the shooter followed shortly afterward.

Surveillance footage of the arrest shows Lanez, the unidentified woman, and later Megan lying spread-eagled on the ground near the vehicle, surrounded by multiple police cars with a helicopter hovering overhead.

Lanez was released a few hours after his arrest on a $35,000 bond, according to the L.A. County Sheriff’s Department. He is due in court on Oct. 13.

A representative for the LAPD told Variety that there has been no update in the investigation into the incident, which began in July based on Megan’s initial claims in her Instagram post. “On July 24, our office asked law enforcement for further investigation before making a filing decision on a charge of felony assault with a semiautomatic firearm – personal use of a firearm,” against [Lanez],” reads a statement from the district attorney’s office.

In a cover interview with Variety nine days after the shooting, Megan declined to discuss details but did say:, “I’m not the type of person who can stay down for a long time. I don’t like to be sad or keep myself in a dark place, because I know it could be the worst thing happening, but the pain and the bad things don’t last for long.” That sentiment is reflected in Wednesday’s comment, “Why are y’all so upset that I don’t wanna be in the bed sad?”

The incident has done nothing to slow her fast-rising career. She and Cardi B released the smash single “WAP” in August, and she is the musical guest on the season premiere of “Saturday Night Live” on Oct. 3.