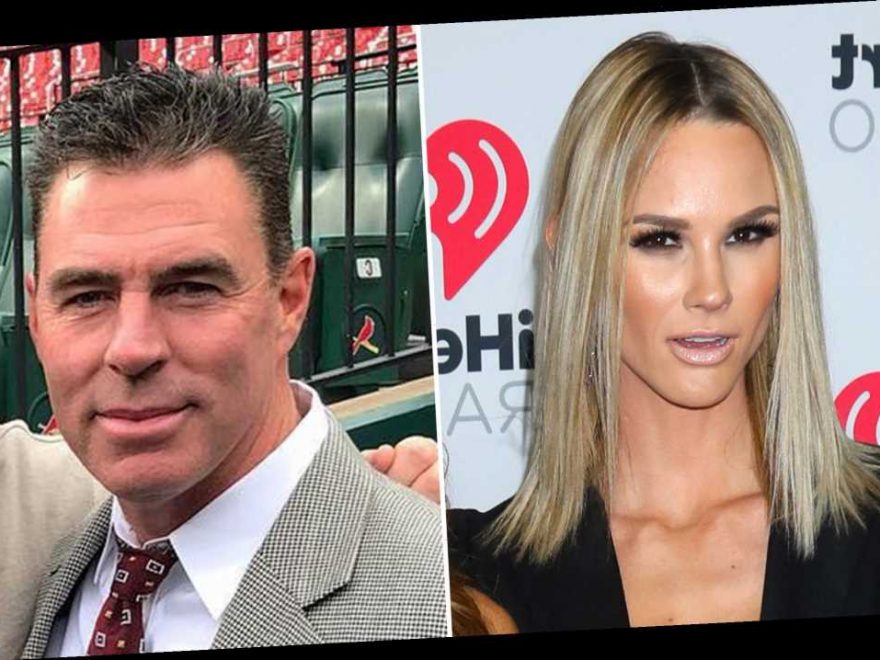 “As far as threesomes go, there were a more than few initiated by Meghan and only Meghan,” Jim told Us Weekly on Monday.

She continued, “I think his attempt to sex shame me illustrates the vile mind of this man. I am the mother of his children and to attempt to exploit deeply personal decisions we made as a couple is his attempt to damage the mother of his children and also attempts to demean me in the most vulnerable way possible: sex. It’s sick to break me down like this while I’m with all of our kids every day and night and he’s on day 5 of gallivanting around Cabo with my former friend/whore whose going on shopping sprees with his new f–k buddy.”

Meghan told her co-hosts Brooke Burke and Lila Darville on the podcast that she found out just last week that Jim and the woman — whose identity was not disclosed —  are seeing each other.

Meghan said she welcomed the idea of having threesomes during the first year of marriage because she knew that Jim had a “bad boy” past and she wanted to “have fun.”

The former “Housewife” said she and the other woman grew apart over time, and she noticed she and Jim appeared awkward around each other.

However, Meghan questioned why the woman did not disclose she and Jim had rekindled a romantic relationship even after she and Jim split.

Jim told Us Weekly that the woman is “not her friend” and that she and Meghan have “not spoken in over three years.”

“There is no affair going on here,” he said. “It has been a plus one for the weekend.”

The former MLB star also accused his estranged wife of initiating threesomes on her own, and added, “Recently, I have learned that she carried on with a few of these women without me being present. Would that not be considered cheating?”

In Jim’s statement to Us Weekly, he also alleged Meghan was “using our child as a crutch for the whole world to see. He is responding well and thriving more every day.”

The exes share their daughter, Aspen, 2, and 1-year-old twins Hart and Hayes. Hart has been diagnosed with irreversible brain damage and goes to therapies in California — even though the family resides in St. Louis full time.

“She has all three kids in California against my will but said if I was to complain she would bash me on air, which she has gone ahead and done anyway,” Jim told Us.

“This is ludicrous and insinuates I’m doing something illegal!” Meghan told Page Six in response. “Our children are staying together while Hart does his therapy in California because it is the best constant for our children. In fact, we rented the house I am staying in with our kids before we were ever separated so that our kids could always be together in a comfortable home while Hart does therapy.”

Meghan said she offered to split with Jim the time she spends in California with their young children, but alleged that “seeing his girlfriend seemed to be more important.”

She added, “In fact, after the birthday party trip in Cabo he went on to a second destination in Cabo to extend his trip with his girlfriend instead of coming back to help his kids and help Hart. He has been to 3 days of therapy out of 60 appointments that Hart has had out of state. To say our children are here against his will suggests he would rather separate our children or not allow Hart access to this therapy. What kind of father would want either of those scenarios?!”

Meghan said Jim’s alleged “lies” are “completely expected coming from someone who deleted all photos of me from his Instagram the day I found out about his girlfriend.”

She concluded, “I have uncovered what he is truly capable of and it saddens me. No one wins in this, I just want to focus on my children and doing what’s best for them.”

Jim filed for divorce on Oct. 25 after Meghan accused him of having an affair with their children’s 22-year-old nanny, but then said he was hoping to “make it right” with his wife.

The couple officially separated in November after police were called over a heated argument during a custody exchange.