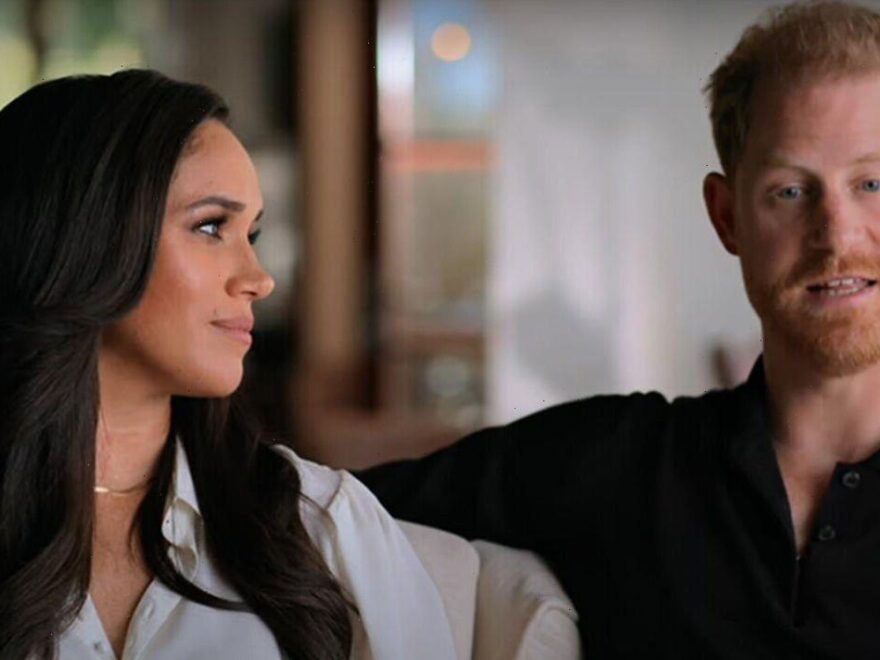 Meghan Markle, 41, and Prince Harry, 38, are currently preparing for the long-awaited release of the final three episodes of their Netflix docuseries tomorrow, with the couple appearing to suggest more explosive claims. The Real Housewives of New York City star Bethenny Frankel, 52, has taken to TikTok to unleash her view on the already released episodes, claiming the royal couple are just using the opportunity to “money grab” while also calling the series “boring”.

I found it a little bit boring.

The first half of the docuseries saw the couple open up about how they met and they shared intimate details about how their relationship blossomed.

Harry and Meghan has so far become Netflix’s biggest documentary ever with more views in its first week than any other on the streaming service.

The first three episodes recorded 81.55m viewing hours around the world in the week following its release.

However, the Real Housewives star, having watched the first three episodes claimed she found them “boring”.

She said in a short TikTok video: “I found it a little bit boring. It didn’t hold my attention.

“I don’t really understand the goal, because if it’s to take down the monarchy – which are your in-laws – which it seems like is a major goal, don’t take the names of this monarchy for your children and don’t market the titles.

“It feels like a smash-and-grab job for money. It feels like, ‘Grab the bag because we’re leaving this thing and we’ve got to take everything we can’.”

Bethenny then shared her reasons why she thinks the Sussexes decided to do the Netflix documentary despite previously asking for “privacy”.

She said: “It feels like this documentary was designed to garner sympathy and it just feels like it’s achieving the opposite result.”

“It felt like this entire documentary was about, ‘How famous we are, we’re so famous’, it’s relentless.

“When you’re in a car and you say you’re going garage to garage, it feels like you just really want us to know how famous you were which we already know.

“If you’re being trolled by the media, the royal family gave you the advice to say nothing because that’s the advice that most very famous people are given.

“If you add gasoline to a fire, the fire blows up even bigger. It feels like they, and Meghan in particular, just keep wanting to tell us more.”

Many social media users took to the comments to share their views on Bethenny’s bold opinions.

DonnaT2d said: “All they ended up doing was showing us MORE of who they are, which isn’t what they think they are.”

While Lisa_Hatsfieldsd commented: “Please can you chill with the judgement. This is their story, not yours.

“You have no idea what it’s like to live even one minute in their shoes.”

Dwilliams added: “No. They wanted to tell their story. End. They did not want to have the same life his mum did. Give them a chance like I’ve given you a chance.”

The Sussexes were recently left having to break their silence over criticism they received after sharing personal footage in the documentary.

A spokesperson has come forward claiming that privacy was not their motivation when deciding to step back from royal duties.

The statement released read: “The Duke and Duchess have never cited privacy as the reason for stepping back.

“This distorted narrative was intended to trap the couple into silence … They are choosing to share their story, on their terms, and yet the tabloid media has created an entirely untrue narrative that permeates press coverage and public opinion.

“The facts are right in front of them.”

Many await the Netflix release as Meghan and Harry come clean on their reasoning for leaving the Royal Family in detail.