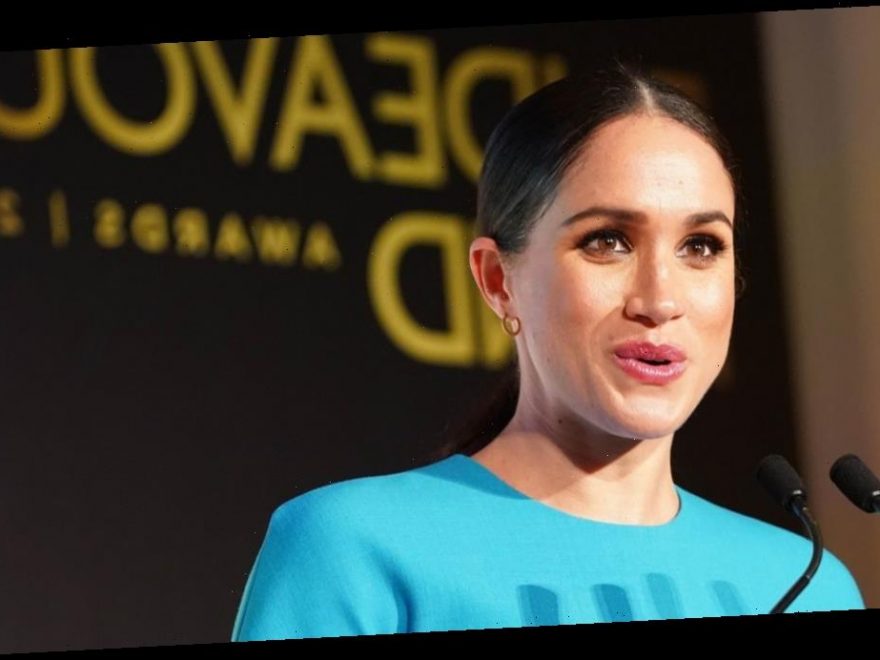 Meghan Markle said it was “very nice to be back” as she arrived back in the UK after she and Prince Harry announced they would be stepping back from royal life earlier this year.

The Duke and Duchess of Sussex arrived at Mansion House in London on Thursday night for the annual Endeavour Fund Awards, which is supporting the recovery of wounded, injured and sick servicemen and women in one of their last engagements as senior royals.

Meghan spoke to a crowd of attendees as she presented the Celebrating Excellence Award at the event, where she said the room was full of “inspiring” people. According to MailOnline, the Duchess said while on stage: “Its very nice to be back. Its the third year I’ve had the incredible fortune of joining my husband here. It’s just the most inspiring space.

“When we were watching the videos all the way in Canada we had the same moment of ‘how are you going to choose?’ Well, we’ve done our best.”

Meghan wore a stunning vibrant blue short-sleeved Victoria Beckham dress paired with a Stella McCartney navy clutch as she linked her arm onto her husband Harry, wearing her hair scraped back into a stylish long ponytail for the event.

Harry complimented his wife in a navy suit as the couple made their way into the building in the wet weather.

Earlier in the day, the couple were seen leaving the five-star luxury Goring Hotel in the capital, however it has been claimed that the couple are residing at their Windsor home of Frogmore Cottage while back in the UK.

Harry has been back in the UK since last week, where he visited Abbey Road studios to record a single for the Invictus Games Foundation with Jon Bon Jovi. Meghan is believed to have arrived back in the UK on Wednesday.

It comes after Buckingham Palace confirmed that the changes to Harry and Meghan’s roles within the royal family will come into effect on March 31, with a one year review following.

Before then, the Duke and Duchess of Sussex will appear at six engagements in the UK, after spending the last month in Vancouver, Canada.

Following Thursday’s Endeavour Fund Awards, Meghan will then join Harry for another event at the Royal Albert Hall on March 8 to mark International Women's Day.

The couple will then join the Queen and the Royal Family for the Commonwealth Service at Westminster Abbey on March 9.

Harry and Meghan will no longer have an office at Buckingham Palace from April onwards.