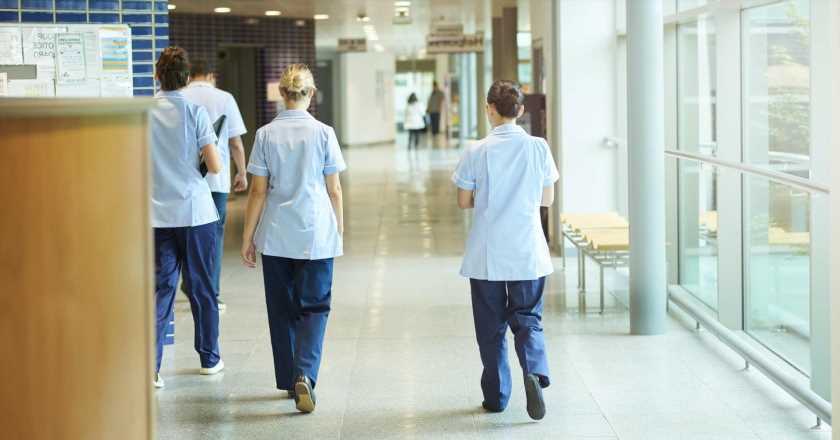 The guidance, designed to support women experiencing menopausal symptoms working for the NHS in England, has been described as a “great move forward”.

Menopausal women working for the NHS in England will be given the option to work flexibly as part of new guidance announced this week.

Launched yesterday, the first national NHS guidance on menopause includes measures to support and retain staff – including trans men, non-binary and intersex people – struggling with all forms of menopausal symptoms.

Announcing the guidance in an article for The Telegraph, the NHS England chief executive Amanda Pritchard called on other employers to issue similar guidance and “break the stigma” faced by those going through the transitional period.

“Our guidance has been intentionally designed to be transferable to other workplaces too, so I hope organisations and women beyond the NHS can also benefit,” she said.

“Menopause is not a health condition, it’s a stage of life, and I want all women facing this transition in the NHS to have access to the right support to stay in and thrive at work.”

The guidance includes reference to the different ways menopause symptoms can affect people at work, and explains how line managers and workplace leaders can work to support someone who is experiencing symptoms of menopause, including normalising asking for help and allowing flexible working arrangements where possible.

It also outlines the requirements for making a workplace ‘menopause-friendly’, including providing uniforms made out of suitable, breathable fabrics and giving employees the ability to control the temperature of the space they’re working in.

The guidance suggests allowing people to work from home where possible.

Commenting on the move, Dr Shahzadi Harper, a GP and menopause specialist, says the guidance is a “great move forward” – but requires more work to make a real difference.

“It is great that workplaces are thinking along the lines of allowing flexibility in the workplace, because more and more of that is needed – some of the symptoms associated with the menopause can really throw women off on a daily basis,” she explains.

“But at the end of the day, guidance is not policy – so we need more structure around it so that women feel they are able to seek help and reach out.”