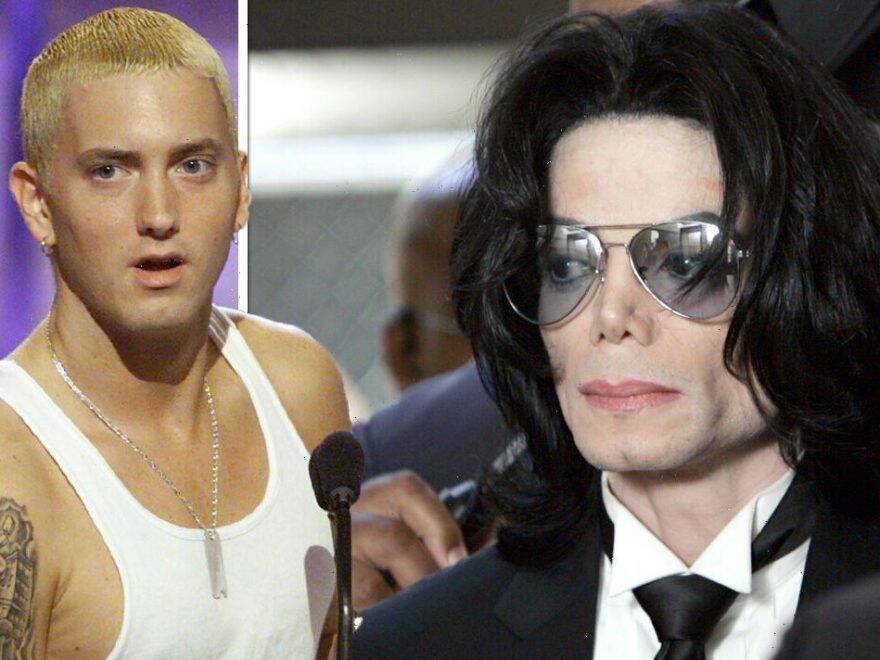 Today, on October 17, 2022, American rapper Eminem turns 50-years-old. While he is one of the most accomplished hip-hop artists in the world, having sold more than 100 million albums worldwide, he has not always had an easy career. In 2004 he released the music video for his hit track Just Lose It, which included a parody of Michael Jackson – and the King of Pop was furious. Years later, he managed to get revenge on the cruel jokes by attacking what he cared about most: his music.

The Just Lose It music video showed Eminem dressed up as a caricatured version of Jackson as he mocked the singer’s issues throughout the years, including his legal issues, traumatic disfigurations and cosmetic surgeries.

Eminem’s version of Jackson showed his nose falling off while dancing, referencing his surgeries, and his hair being caught on fire.

This was a direct reference to a real-life accident that happened in 1984 wherein Jackson’s hair was engulfed in flamed and severely burned his scalp for the rest of his life.

In Just Lose It’s lyrics, Eminem spat: “Come here, little kiddie, on my lap. Guess who’s back with a brand new rap? And I don’t mean rap as in a new case of child molestation.”

Jackson was truly devastated by the video and the seemingly targeted song and responded to the vicious attack.

The Thriller star even tried to get the video banned and made the statement: “I am very angry at Eminem’s depiction of me in his video. I feel that it is outrageous and disrespectful. It is one thing to spoof, but it is another to be demeaning and insensitive.”

In a radio interview, Jackson added: “I’ve admired Eminem as an artist, and was shocked by this. The video was inappropriate and disrespectful to me, my children, my family and the community at large.”

Jackson said in another interview: “I’ve never met Mr Eminem, and to have – I’ve always admired him – and to have him do something like that has been pretty painful.” He also revealed he was “threatening to sue” Eminem.

Jackson then requested that all music channels take the Just Lose It music video off the air. Black Entertainment Television (BET) was the only channel to do so.

The network’s founder, Robert Johnson, said: “BET pulled the video because we feel it is inappropriate to use our network to air a video disparaging Michael’s character, or that of any other celebrity.”

Eventually, Jackson had his vengeance.

This purchase meant that Jackson actually owned all of Eminem’s back catalogue until his death in 2009 – as well all of the songs by The Beatles, after buying their rights back in 1985.

The newly owned music included that of Just Lose It, so Jackson had full control over everything Eminem had already released. Despite this, Jackson didn’t ever make any changes to the music.

Eminem eventually had the publishing rights to his music returned in 2016, long after Jackson’s death.

Shortly after Jackson’s outcry about Just Lose It and the music video, Eminem was asked directly how he felt about offending the singer so personally.

Eminem simply replied: “I apologise for that.”

It is not known whether the two musicians ever truly buried the hatchet before Jackson died.