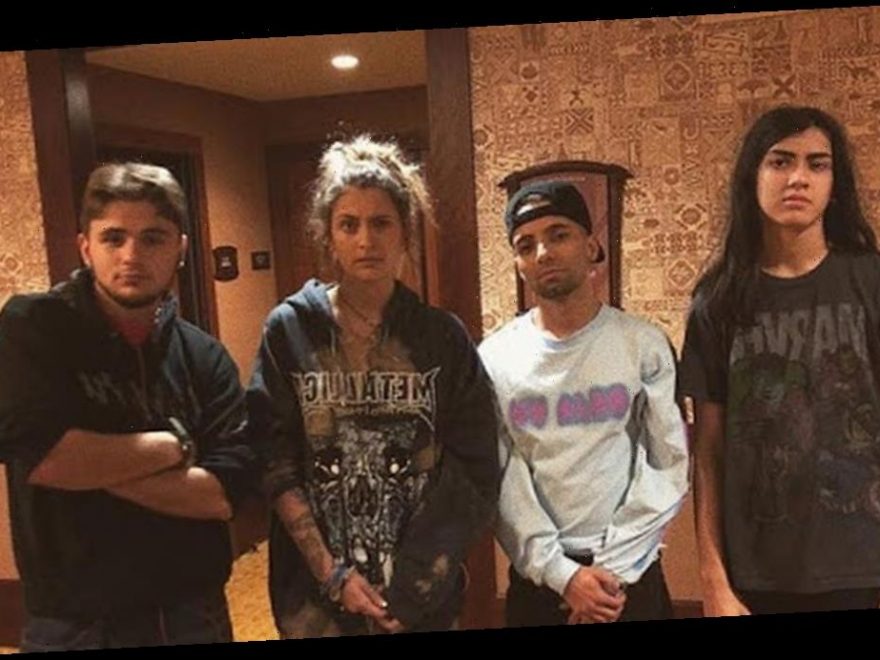 Michael Jackson's youngest son Blanket celebrated his 18th birthday – and older sister Paris made sure she gave him a touching shout out on her Instagram page.

She posted: "My little brother is a legal adult today. what the f***," "i used to change his diapers.

"This is such a trip.. proud of the handsome, intelligent, insightful, funny, and kind young man he has become. he likes privacy so that's all i gotta say. hbd lil bro." (sic)

Paris, 21, accompanied the sweet words with a few old photos of her and Blanket, including one when they are making funny faces as children, and one of her and Blanket with oldest sibling Prince, 23, and another friend.

Blanket, who unlike his older sister Paris,and brother Prince has stayed out of the spotlight, was only 7-years-old when his famous father passed away in 2009.

Since then Paris has dabbled in both acting and modelling and is now part of band called The Sunflowers, while Prince went to university, graduating from Loyola Marymount University in California in 2019.

Most Jacko fans will remember Blanket best from an infamous incident in 2002, when his father Michael wanting to show off his new son to fans held a the nine-month-old Blanket over the railings of a hotel balcony, as fans cheered.

Blanket's face was covered with a white sheet the whole time, and the well-documented incident caused a barrage of outraged headlines, as it was seen as bizarre, dangerous and irresponsible on Michael Jackson's part.

Michael later released a statement to say: "I got caught up in the excitement of the moment. I would never intentionally endanger the lives of my children."

Blanket, who was born Prince Michael Jackson II changed his name to Bigi Jackson in 2015 and a source told E News that the 18 year-old is like any other teen and is "really into comics and the comic book world."

He also attends high school and is "especially tight" with brother Prince.

While Paris and Prince's biological mother is known to be Debbie Rowe, the name of Blanket's mother has never been made public.

Prince has said last year of his bond with his siblings: "I think with siblings, you know, you grow up in a situation and factors that are similar.

"Just like in that situation you have a bond with them because no one else understands how you grew up or how you were raised."