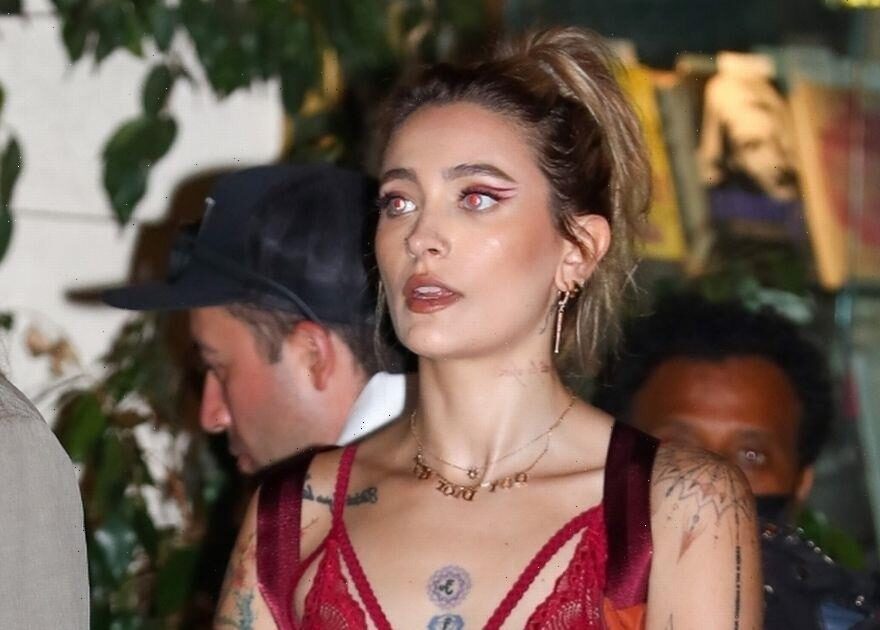 Paris Jackson looked stunning as she left little to the imagination stepping out in a skimpy red see-through bralette.

Paris, 24, completed her look with an orange-toned mini-backpack and a pair of burgundy hiking boots with her ankle socks on display.

She added a colour-blocked orange and burgundy midi raincoat to the look, accessorising her body with an array of boho-looking jewellery including colourful bangles and layered necklaces.

Paris' bare chest showed off several tattoos that decorate her body and she wore her hair scraped back into a long sleek ponytail.

Paris has been creating quite a stir with her style having just jetted back to the US from Paris Fashion week where she was seen showcasing her figure in a plethora of flesh-flashing outfits.

The daughter of the 'king of pop' – who died in 2009 when Paris was just 11 – recently revealed her healthy new lifestyle.

She told the American music magazine SPIN that she had started going to therapy and had stopped smoking half a pack of cigarettes a day.

She said: "I'm the happiest and healthiest I've been," adding: "When I look in the mirror, I don't hate what I see anymore, and I've grown into self-love… I try to treat myself kindly.

"I have some bad days where I'm not as kind to myself as I would like to… I don't do anything perfectly, but I try to progress daily."

Paris previously admitted to Popsugar magazine: "I was raised by a free-love, hippie-type dude, so we were taught that beauty comes from the inside – and to this day, I still believe that."

For the latest breaking news and stories from across the globe from the Daily Star, sign up for our newsletter by clicking here.