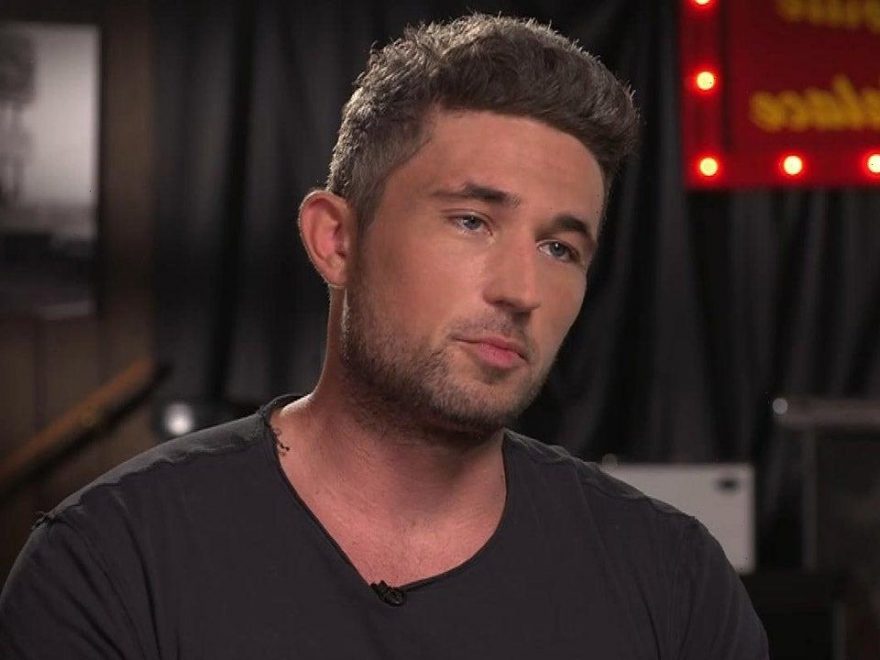 Michael Ray is moving forward after a challenging year. The country music star spoke with ET’s Cassie DiLaura from his tour bus in Nashville about his new album, Higher Education, and choosing not to relive some of the tough times he’s faced, including his divorce from Carly Pearce, on the record.

“All of the sudden, you’re like, ‘Well, I survived that,’ and that’s how I look at last year, like, I came out, I’m good. A lot of things said about me that wasn’t true, people talking, people trying to make a brand on people’s actual true-life feelings and there was a lot of hard times, there was dark times in there, of course you’re human, you have emotions,” Ray shared. “I’m an over-thinker. I’m not proud about it, but I overthink every situation and I think afterwards, you just gotta look at things and, Rocky‘s my favorite movie, and when he holds that belt up and he says, ‘Adrian, We did it!’ That’s how I felt after 2020. I was beat up, but hey, we did it. And if I survived that, bring on anything else, I’m good.”

He continued, “Well, I mean, you know, I could go back or you could, but why would you, and my problems are no bigger than anybody else’s problems, and just because we’re on a platform, does not make my problems or what I go through personally any better than anybody else’s. We live in a time right now that’s most divided, we have better things to talk about, you know? And I think that’s why this record doesn’t have anything about it on it because I don’t wanna relive it. I don’t wanna sing about it. I don’t wanna go back to it. So why don’t we all move forward and let’s put out a record that shows the growth, not the stagnant part of life.”

In addition to making Higher Education during an intense time, the album didn’t get the chance to get the tour treatment, till now, thanks to many COVID-19 restrictions being lifted around the country.

“The weird thing about this whole record, is to be done under quarantine and having to do it in remote locations. So normally, we would play these songs live. When we released ‘Whisky and Rain,’ there would be a tour, there would be something. There was nothing, so we kind of just released a lot of music kind of in this, like, great abyss of, you know, there was not really that plan in it,” Ray explained. “Being able to see fans now connect with these songs after us recording them in that time, and not being able to play live shows in the last couple of months, really seeing people connect with these songs and then not only connect with them where they sing them live, but connect to them where they sing to us and talk to us. They have their own stories connected to these songs.”

Ray is back on the road watching his fans sing these songs right back to him with his headlining Just the Way I Am tour and with his souped-up tour bus, the singer feels right at home.

“I know it’s crazy to think, but a lot of being out on the road is who you have with you. It’s no different than anything else, so who you’re living with makes it that much more at home. And one of the things that during the quarantine that I think I knew, but I didn’t realize it because it was never taken away, is how much I needed like that Wednesday night bus ride. So a lot of times, we’d leave on a Wednesday night and get home Sunday. You know, that time with your guys. It’s kind of like a therapy session. You get together and everybody’s like, ‘How was your week?’ ‘Oh this happened, that happened,’ and it’s just that that couple hours to get on a bus, and I don’t take it for granted. Anytime I pull up, when I pull up to the bus, I thank God every time because it’s such a blessing,” Ray shared of his second home.

“This doesn’t happen unless people believe in what you’re doing, your music, and buy your music and show up and spend their hard-earned money to buy the tickets and make that effort to go to a show. And so, every time I get on here, it’s just like I can’t believe we have a tour bus, you know what I mean? It’s crazy. So it’s definitely, it’s close quarters for people that aren’t used to it, but for us, it’s our home,” he added.

And Ray and the boys are ready to get back to playing live music, which is why Ray says he got back into the biz.

“We’ve been getting back to it pretty heavily. It was nothing, nothing, nothing and then a bunch of shows, which is what I personally like. I love getting on the road, I love playing live music, that’s why I got into it,” the country music singer said. “So it feels good to be able to pull back on here and know that we’ve got shows coming up, and know we are going to be gone, and to be able to bring this music, this Higher Education EP, out to people that we haven’t been able to play it for.”

Higher Education is out now. Fans can check out Ray on his headlining tour, Just the Way I Am, going on now through Nov. 14. 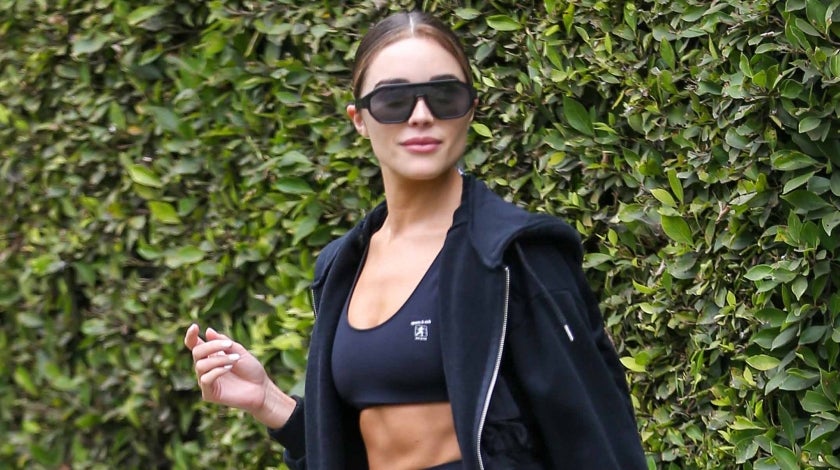