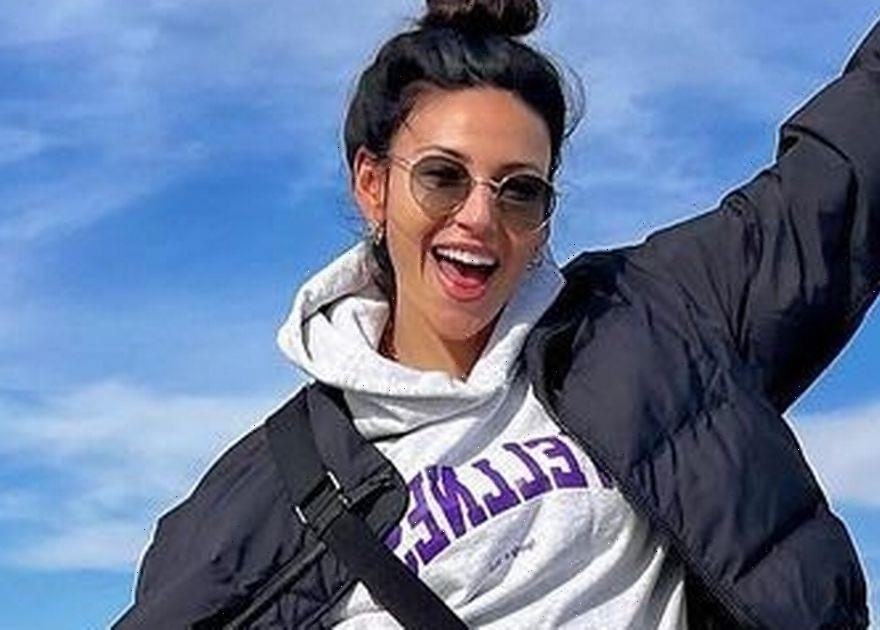 Michelle Keegan is filming Down Under – and took the opportunity to show off how flexible she is.

The former Coronation Street star posted a picture of herself near Australia’s famous Bondi Beach with her leg straight up in the air – but despite Oz’s summery climate, Michelle was still wearing a coat.

The current temperature in Sydney is about 20 degrees Celsius.

Michelle, 35, was pictured in black leggings, trainers and a jumper. She simply captioned the post: “G’day from Bondi.”

Michelle is currently in Australia filming for a new unnamed drama – and is travelling solo, without her husband Mark Wright.

She even visited the hallowed set of Home & Away in the fictional town of Summer Bay, leading fans to believe she may be filming a cheeky cameo for the legendary soap.

Mark has been able to join her for some of her trip though as the pair have been spotted enjoying a romantic dinner date at Mr Wong's in Sydney.

Meanwhile the super glam pair recently finished doing up their dream home in Mark’s native Essex – and explained they have a few “house rules” for guests.

The former TOWIE star, 35, said to The Sun : "My only rule with people is when you come to my house I want you to feel like it's your own.

Don't ask, just go to the cupboard, grab what you want and feel at home."

Last month he took to Instagram to admit that the pad will be a “no shoe zone”.

Mark uploaded videos of the new flooring being fitted, showing that he and Michelle had chosen cream-coloured carpets. He said: “The colour is revealed… and this is why if you come to this house you will never be wearing shoes, or socks, you'll be washing your feet.”

Mark said: “When it is done I will definitely be in a better place because it's getting to that point now when… it's been stressful.

“When you're building your home for yourself and want it to be a dream, you don't want to make any mistakes. You probably won't do this again.

“So it's been a bit stressful, but I've also loved the whole journey, but when it's done it will definitely give me more time, that's for sure.”

For more of the latest showbiz news from the Daily Star, make sure you sign up to one of our newsletters here.