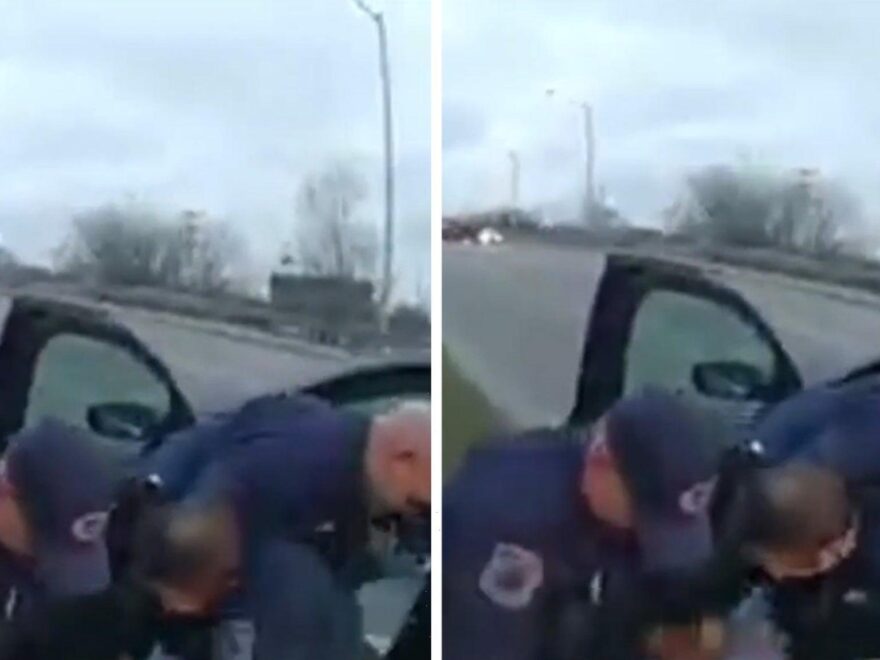 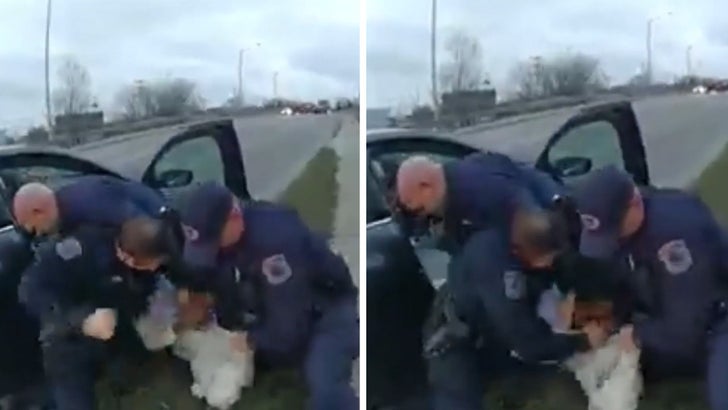 A Grand Rapids cop punched a Black man in the face at least 6 times during his arrest that was, at least initially, for littering … according to the police.

The video comes from body cam footage of a March 26 incident in Michigan where Grand Rapids PD officers pulled over Diabate Hood. According to reports, Hood had 2 other men in the car with him, but he refused to step out like his passengers.

The full video shows Hood apparently trying to flee from cops by jumping from the driver’s seat and sliding out the passenger side door, but 3 officers immediately pounced on him … and that’s where the violence begins.

As you can see … Hood is being held down by the 3 cops, and one begins delivering several blows to his face. As he screams, the other officers can be heard yelling “stop resisting.” Moments later, Hood claims he can’t breathe as officers hold him down.

According to Grand Rapids police … the traffic stop was part of its Operation: Safe Neighborhoods program in response to an uptick of violent crime in the area, and claim they had “timely and accurate intelligence” to justify it.

In fact, Grand Rapids PD Chief Eric Payne says … “This is the police work that I expect from my personnel.” It’s unclear if he’s referring to the seemingly unnecessary punches that were thrown — but the department claims they did find 4 weapons in Hood’s vehicle. So, the littering stop turned into 3 felony arrests.

But, Tyrone Bynum, the lawyer for the 3 men arrested in this incident, claims the cops had no right to ask the men to get out of the car in the first place … and seems to be gearing up to take legal action.

Bynum says, “What I saw in the video was another George Floyd,” and adds that the most alarming part is hearing an officer say later in the video that Hood is “lucky he’s not dead.”