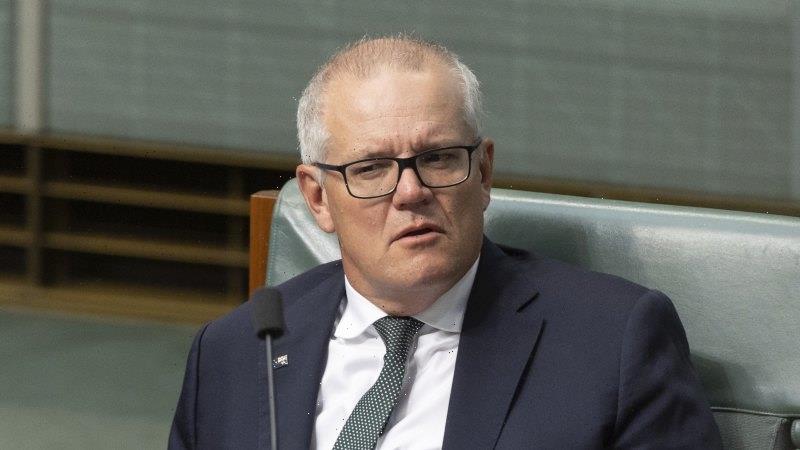 Former prime minister Scott Morrison is facing the prospect of a censure motion by the parliament over his decision to secretly swear himself in to five extra ministries, which former High Court judge Virginia Bell said in her report was “corrosive of trust in government”.

The review by Bell was ordered by Prime Minister Anthony Albanese after it was revealed in August that Morrison had himself secretly sworn in to administer the departments of treasury, home affairs, health, finance, and industry, science, energy and resources during the last parliament.

The inquiry reveals Morrison attempted to be appointed to the Department of Water, Agriculture and the Environment but he ultimately appeared to accept advice from the Department of Prime Minister and Cabinet that the move was too difficult given the personal responsibilities that come with the role. 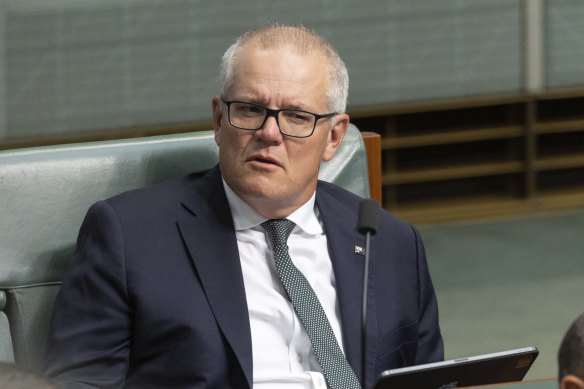 The environment minister has wide-ranging powers to approve major project developments and can override departmental advice relating to endangered species. According to the Bell report, Morrison wanted authority over the portfolio so he could administer the Environment Protection and Biodiversity Conservation Act.

Bell found the secret appointments were “apt to undermine public confidence in government” and made six recommendations to restore public trust in democracy and improve transparency and accountability.

The prime minister will recommend to cabinet next week that all six of Bell’s recommendations be adopted.

Albanese said Morrison had “quite clearly” misled parliament and said a censure of the former prime minister, which is in effect the parliament expressing its collective disapproval of an MP’s action, was an option.

“It is very clear that this [report] is a scathing indictment on the Morrison government and the culture of secrecy,” he said.

“The question here is, as well, what was the culture that allowed this to thrive? How is it that Scott Morrison had the confidence to be able to appoint himself to six positions and consider even more appointments, at least one further appointment potentially?”

The inquiry’s six recommendations to improve transparency and accountability include:

“Quite clearly, he’s misled parliament every single day in which he stood there.”

Albanese said Bell’s inquiry confirmed Solicitor-General Stephen Donaghue’s advice in August that the principles of responsible government were “fundamentally undermined” because Morrison was not “responsible” to the parliament, and through the parliament to voters, for the departments he was appointed to administer.

Albanese said Morrison’s actions were “unprecedented and inexcusable” and that the decisions of the former prime minister were emblematic of the culture of secrecy in which the previous government operated.

The majority of Morrison’s cabinet were unaware of the unusual arrangements, including former finance minister Mathias Cormann and former treasurer Josh Frydenberg, who has condemned the “extreme overreach” in the forthcoming book Bulldozed by journalist and columnist for this masthead Niki Savva.

The report found former secretary of the Department of Prime Minister and Cabinet, Phil Gaetjens, was aware of the multiple ministerial appointments and viewed the appointment of Morrison to health and finance as an “appropriate safeguard” during the coronavirus pandemic.

Bell wrote that it was “troubling” by 2021 that Gaetjens “did not take up the issue of the secrecy surrounding them with Mr Morrison and firmly argue for their public disclosure, [but] the responsibility for that secrecy must reside with Mr Morrison”.

Gaetjens told Bell “he had seen no sign that Mr Morrison was seeking to become ‘a president’” and that he saw “no evidence of a systemic or creeping acquisition […] of sole power”.

A note sent to Gaetjens on April 21, 2021 stated that Morrison took on treasury so he could have powers relating to the Foreign Investment Review Board, and he assumed ministerial powers for home affairs so he would have the authority to strip people of citizenship.

Morrison’s chief of staff, John Kunkel, was aware of the appointments to administer health and finance, telling the inquiry Morrison obtained the finance appointment so he had “the capacity to make decisions about financial support for the states and territories in ‘real time’ in the context of meetings of the ‘national cabinet’.”

But Kunkel “had no recall” of the appointments to treasury and home affairs, or the potential appointment to water and environment.