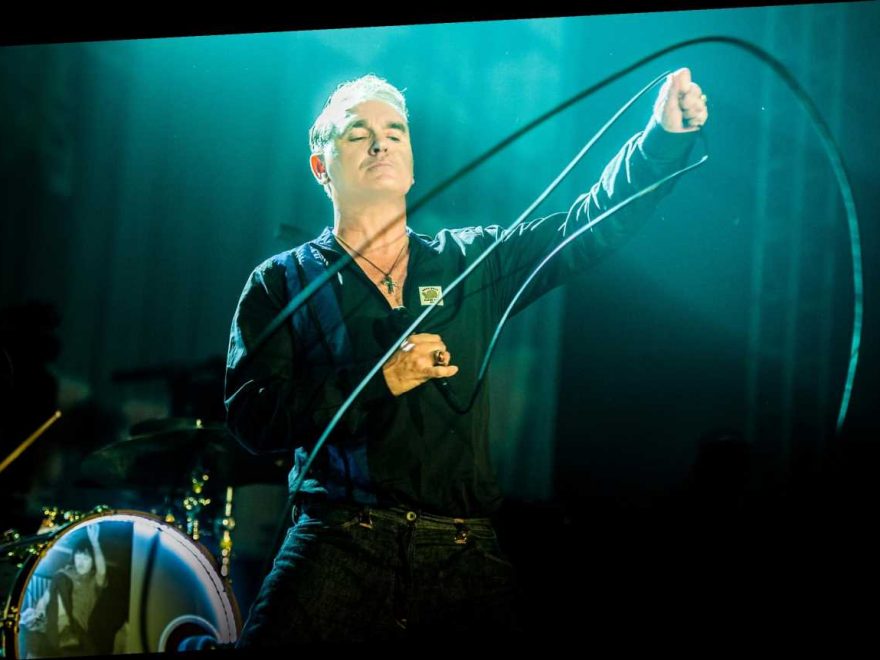 Morrissey will head to Las Vegas for a five-night residency at the Colosseum at Caesars Palace this summer.

Aptly titled Morrissey: Viva Moz Vegas, the shows will take place on June 26th and 27th, as well as July 1st, 3rd and 4th. Tickets will go on sale February 28th at 10 a.m. PT via Ticketmaster. Citi cardholders will have access to presale tickets starting February 25th at 10 p.m. PT.

Viva Moz Vegas follows Morrissey’s spring 2019 multi-night Broadway stand at the Lunt-Fontanne Theater in New York City. Per a press release, the Vegas show will “serve as an intimate, invigorating dive into Morrissey’s expansive career from his early days to the new album. As an artist who is always trying new things, and never wanting to repeat himself, this could be fans’ only chance to experience the provocative combination of Morrissey in Las Vegas.”

Morrissey will release his new album, I am Not a Dog on a Chain, March 20th, and so far he’s shared two songs from the record, “Love Is on Its Way Out” and “Bobby, Don’t You Think They Know?”

While Morrissey has a string of European dates scheduled for this March in support of the album, his only U.S. shows so far are the Vegas residency and a set at the inaugural one-day festival, Cruel World, which takes place May 2nd in Los Angeles.