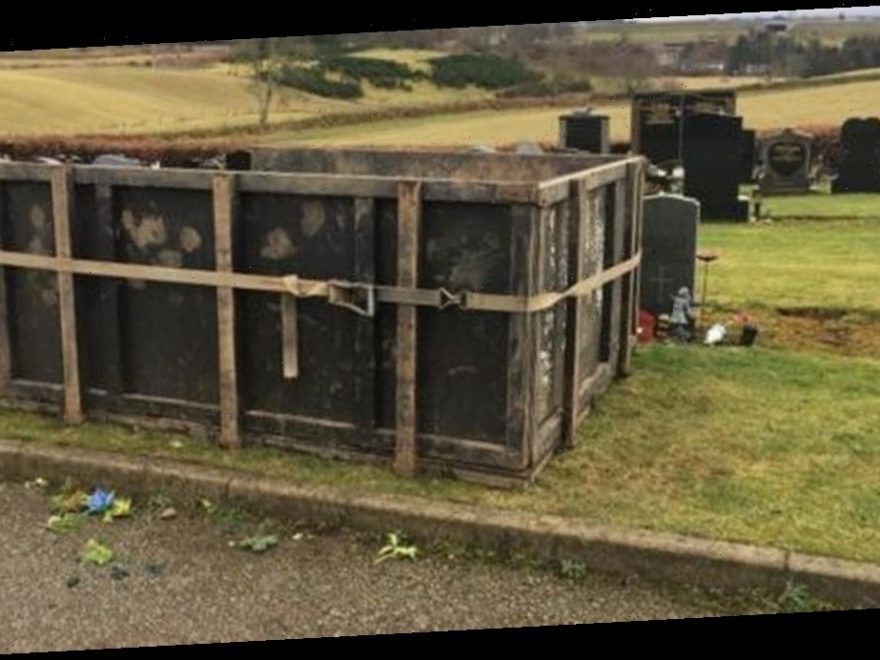 The mother of a Scottish war hero is distraught after discovering a huge metal container had been left on top of her son's grave – on the anniversary of his death.

Diane Douglas had gone to lay flowers on her son Allan's grave at Dyce Cemetery in Aberdeen when she found the large metal soil box, sitting atop his grave.

Allan Douglas was just 22 when he was shot on routine patrol in Iraq in 2006, whilst serving as a Lance Forporal with the 1st Battalion the Highlanders.

His mother Diane continues to make monthly visits to his grave from her home in Arbroath.

She was accompanied by daughter Donna, and her son-in-law Paul, on this visit.

Her husband Walter had stayed behind, due to his ill health.

Dianne was reduced to tears upon seeing the container.

It was not the first time a container had been dumped on her son's grave, she said.

“I’m still in shock about what I saw and absolutely raging about the fact it has happened again."

“We came a couple of years ago on his anniversary and saw the box, and now we have gone up again and the box is stood on top of everything.

“I know people need to be buried but surely they can read the front of the headstone and realise it is the anniversary and that their relatives would more than likely visit that day.”

The mum said she completely broke down upon returning home, feeling both upset and 'let down'.

“It is a beautiful graveyard but to see that box on top of the grave when I’m trying to pay my respects to my son, it is completely out-of-hand.

A city council spokesman apologised for the upset caused – and explained a similar box would have been used when digging Allan’s grave.

He said: “We were sorry to hear of the upset caused to the family by unavoidable grave digging works carried out at the side of Mr Douglas’ resting place.

“The box in question is a soil box which is required for the digging of the grave. This is common practice in cemeteries across the country and a similar box would have been laid on the adjoining graves when Mr Douglas’ grave was being prepared.

“Our workers have no option but to walk either side of the grave as part of the gravedigging process which takes between two and three days. We would like to reassure the family that the site will be restored once the burial has taken place.”