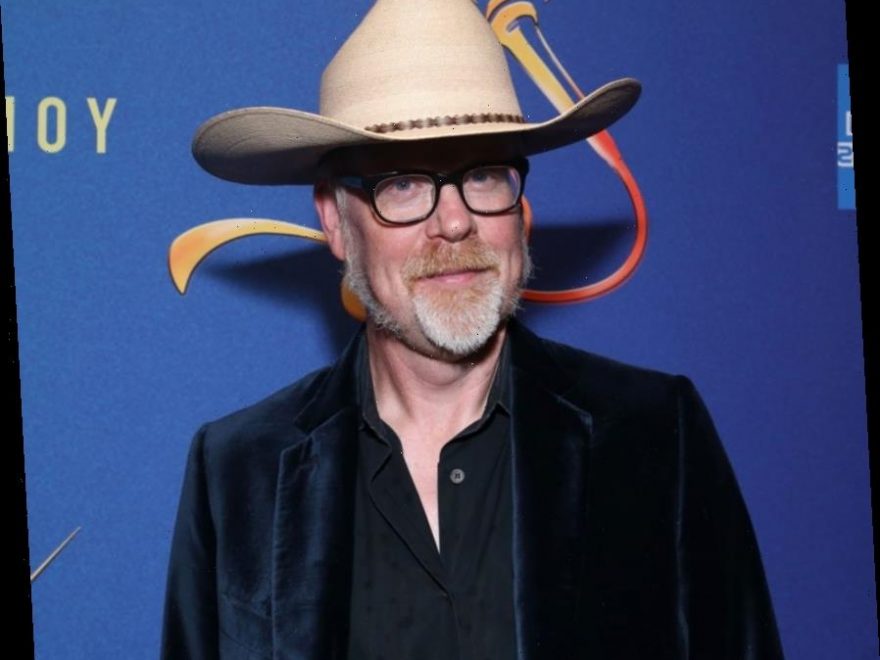 Adam Savage says the unsettling claims being made about him are a total myth.

The Mythbusters alum’s sister, Miranda Pacchiana, filed a lawsuit against him on Tuesday alleging the TV personality repeatedly sexually abused her between the ages of 7 and 10 years old.

Miranda, 51, claimed in the docs that when Savage was between the ages of 9 and 12 years old, he would abuse her under the guise of an innocent game, calling himself the “raping blob,” and would stop her from leaving the bed and anally rape her.

“Beginning in or about 1976 and continuing until approximately 1979, Adam Savage, would repeatedly rape Miranda Pacchiana and force oral sex upon her, and forced Miranda to perform oral sex on him, along with other forms of sexual abuse.”

While the alleged abuse took place when the siblings were growing up in Sleepy Hollow, New York, Miranda was able to file the lawsuit now thanks to the New York Child Victims Act, which allows victims to file lawsuits against abusers during a one-year “look-back” window to give them a chance to seek justice in cases that have already exceeded the statute of limitations. Last month, the original deadline to file was extended to January 14, 2021 due to the coronavirus pandemic.

Pacchiana’s lawyer Jordan Merson said in a statement that the “prolific abuse” by Savage “caused irreparable damage to that she will live with for the rest of her life.”

However, the famed myth buster says these claims are nothing but a lie. In a statement through his attorney Andrew Brettler, the reality star said:

“While I hope that my sister gets the help she needs to find peace, this needs to end. For many years, she has relentlessly and falsely attacked me and other members of my family to anyone who will listen… By spreading numerous untrue stories about us in pursuit of a financial bonanza, she has tortured our entire family and estranged herself from all of us. I will fight this groundless and offensive lawsuit and work to put this to rest once and for all.”

So, he’s calling his accuser mentally unstable AND out for money. Where have we heard that one before?

Pacchiana, for her part, previously acknowledged she told family members about the alleged abuse years ago — only to find they “seemed determined to brush my trauma under the rug.”

“When I first disclosed to my family that my brother had abused me as a child, I thought my whole world would change, I assumed my family members would share my desire to examine what had gone wrong in our home and pursue a path toward healing together. I was sadly mistaken… In fact, their behaviors left me feeling as though the abuse didn’t really matter. Yes, they believed me — but my family members still seemed determined to brush my trauma under the rug. Over time, I came to realize they viewed me as the problem for focusing on the abuse. Not the brother who had abused me.”

Hmm… sounds like they have two very different accounts of what went down. Hopefully the truth is revealed soon enough.

Who do U believe, Perezcious readers?