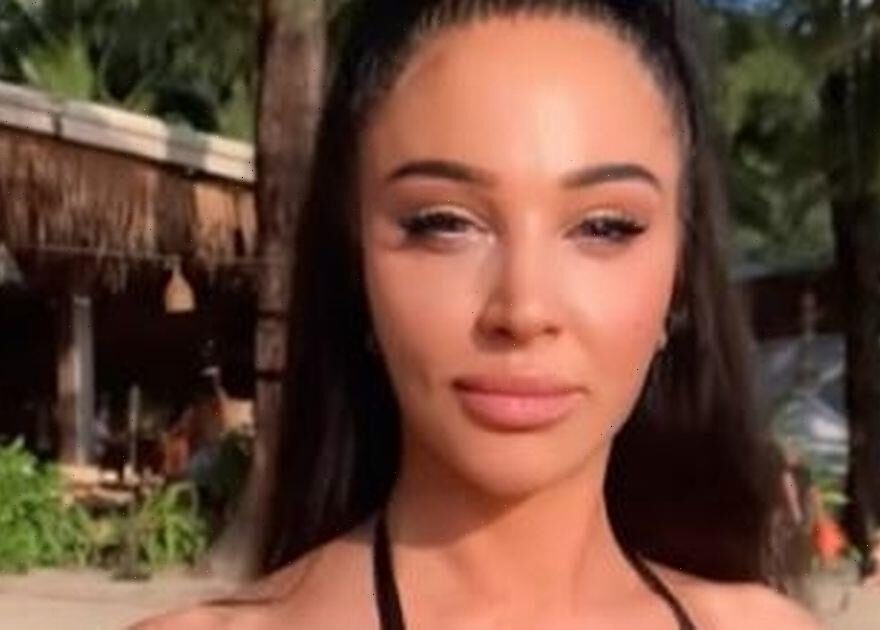 N-Dubz star Tulisa looked gorgeous in a green-topped bikini as she prepared to ring in the New Year in the Thailand island city of Phuket.

The singer, 34, took to Instagram to share a glimpse of her day, posting a bathroom mirror snap of herself wearing beachwear and high-waisted white bottoms.

Tulisa has been sharing little glimpses into her tropical getaway and recently posted a snap of herself in front of a Buddha statue, which celebrates a human being who became enlightened.

READ MORE: Tulisa ‘feeling herself’ as she ditches knickers in lace-up leather miniskirt

She smiled for the camera as she enjoyed the gorgeous Maravija Buddha in Phuket, as she wore a white bikini top which she covered with a long-sleeved white T-shirt, as well as sporting a white fanny pack and pink-beige cycling shorts.

Fans suggested some meals to check out, including a Massaman Curry, to which Tulisa replied: "Oh my days just yesterday I tried it & but didn’t know what it was," adding: "I was like this is best curry I’ve tasted what is it & my pal said massaman. – it’s 10 out of 10."

Others simply told her to have a good time, with one saying: "Well deserved," and another commenting: "So jel."

Tulisa was in Thailand for Christmas and swapped a turkey dinner for cocktails and the beach.

It came after she and her N-Dubz bandmates Dappy and Fazer embarked on a reportedly hectic tour.

However, their Back To The Future tour was not without its problems including audience fights and show cancellations.

The group faced a backlash last month after postponing a performance at the Motorpoint Arena in Nottingham just "five minutes" before they were due on stage apparently due to "artist illness".

One particular show also caused chaos as fights broke out and others needed medical assistance at Bournemouth International centre.