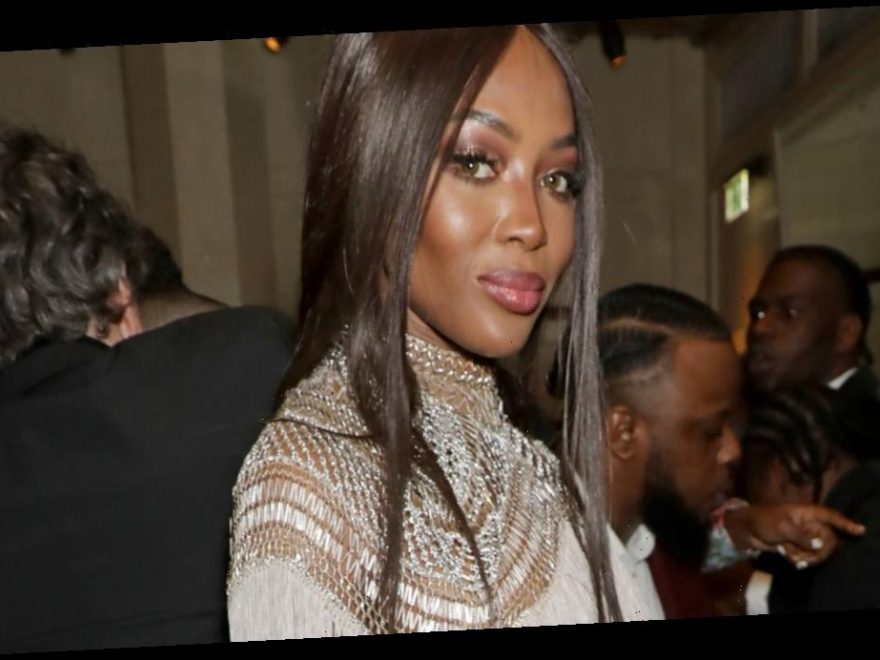 Naomi Campbell is enjoying the attention and possibly the affection of a much younger music star after the supermodel legend was spotted getting close to Burna Boy at a Brit Awards after party.

The 49-year-old catwalk superstar was a guest at a glitzy post-awards show knees up at London’s Chiltern Firehouse in the late hours of Tuesday following the ceremony at the O2 earlier in the night.

And Naomi was joined by International Male Solo Artist nominee Burna Boy – real name Damini Ebunoluwa Ogulu, 28 – with an onlooker suggesting the pair might be more than just friends.

“Naomi and Damini looked very close. They were sitting together near the Firehouse bar and were quite touchy feely,” an eyewitness blabbed to The Sun on Sunday.

“They have clearly struck up a flirty friendship lately,” the source added – although it is believed the pair left the bash separately.

Naomi herself appeared to play down any suggestion she could be more than friends with the singer, telling The Sun: ““I support Burna, just like Wizkid, D'Banj, Don Jazzy and Femi Kuti. I support Afrobeats. I support good music.”

Liam himself attempted to downplay rumours that he dated Naomi when he appeared on a TV show with SAS expert Ant Middleton in November last year.

Ant wanted to know about the singer's rumoured romance with supermodel Naomi.

The pair reportedly struck up a romance earlier last, something which Liam denies.

Asked about the rumours, Liam laughed: "No. She was just a friend," but this prompted Ant to demand to know if Naomi was a "friend friend."

But Ant countered: "Come on Liam, you know she wasn't an old buddy old pal. I think the whole world knows that."

"You believe what you want," the former One Direction star chuckled, "I'm not saying anything! When I like someone, I like them."