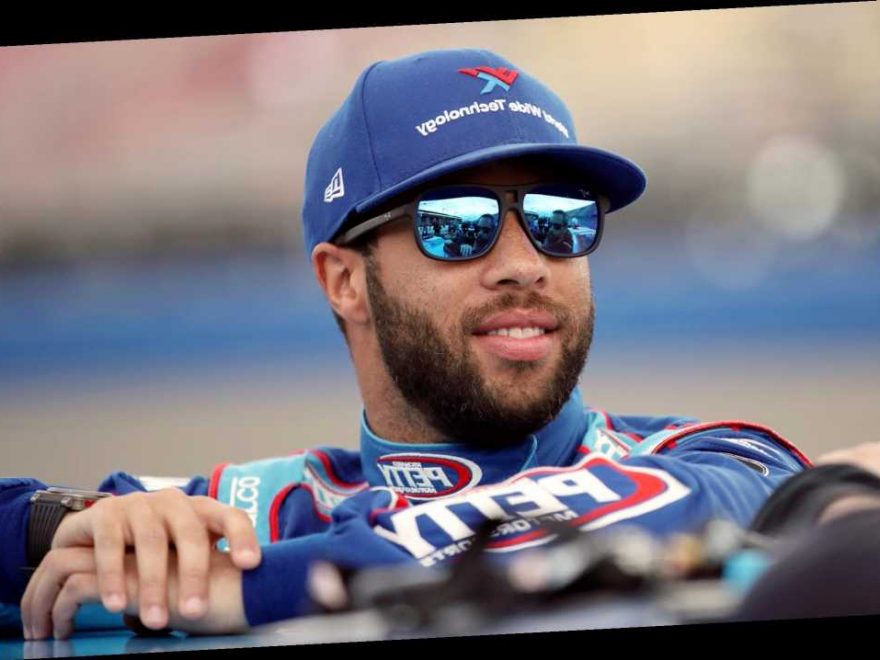 Bubba Wallace is a dog dad!

The NASCAR driver, 26, introduced his new pup to the world on Twitter Friday, writing "Let me tell ya bout my best friend. Asher meet the world."

Wallace also shared a photo of Asher posing adorably with a red bandana around his neck while being held by the athlete and his longtime girlfriend, Amanda Carter.

Wallace — the only Black driver in NASCAR's Cup Series — recently opened up to PEOPLE about the racism he's experienced as an African-American racer.

"Whenever I was younger, I never would understand it, but my parents would always just be like, 'You know what, don't mind that BS that's going on over there. Let's come back next week and beat their tails,'" he said. "And that's what we did. We'd come back and eventually shut them up. So, it's been like that ever since."

He continued, "And now that I do understand it, I look at it and laugh and just think of where we're at this world. Obviously it still goes on every day, but for people to use that as something to offend me, or affect me, or knock me off my block, that ain't going to happen. It only motivates me to do better."

Wallace — a teenage racing prodigy who now drives the No. 43 car for Richard Petty Motorsports — said the past month has "been a roller coaster." In June, a noose was found hanging in the Talladega Superspeedway garage assigned to him for a Cup Series race. NASCAR notified Wallace of the discovery and an FBI investigation followed. The FBI ultimately determined that months earlier someone had fashioned a noose out of the pull-down rope for the garage door, but the agency declined to describe it as an intentional racist act.

"I knew how it was going to be received. … I'd never even seen the image until Tuesday morning," he told PEOPLE, referencing the image of the noose released by NASCAR. "I'm not even allowed in the garage because of COVID-19, I have strict orders to stay out of the garage. So, I'd never seen it. And so, I knew how it was going to look and that's the unfortunate side of how people are magically going to take that and place the blame on me."

Wallace — who also successfully lobbied for NASCAR to ban the Confederate flag at tracks — said he's going to "just keep fighting the good fight for me and continue to stand up for what I believe in; it's probably the most positive thing I can do."