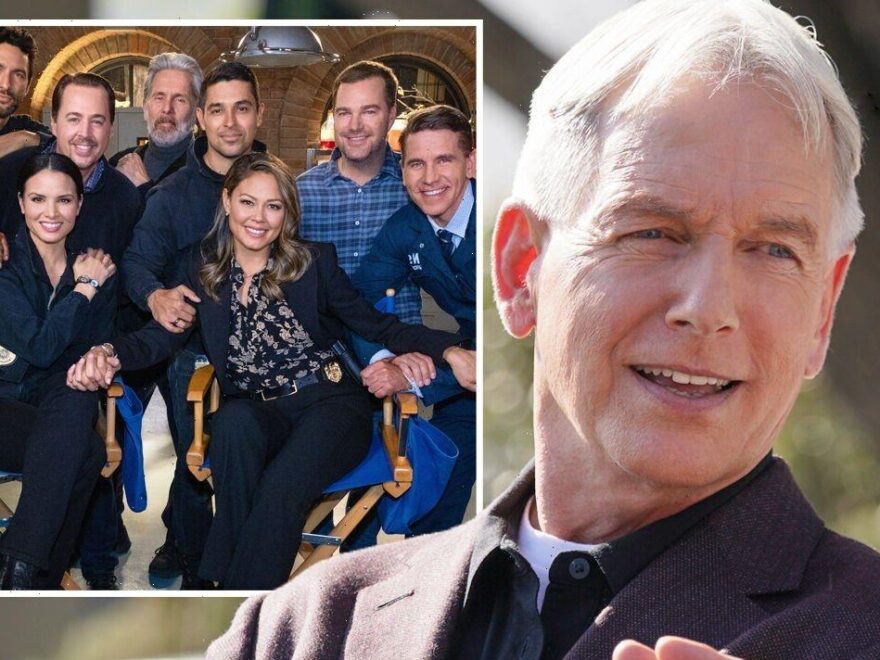 Gibbs hasn’t been seen in the world of NCIS since he decided to up sticks and head for a new life in Alaska at the beginning of season 19.

His absence hit the team, particularly McGee (Sean Murray), hard and while he hasn’t been seen since he has popped up in a few references.

The three-way crossover promises to include another nod to the former series stalwart as the three teams tackle a new case.

When asked for details on the historic event, TVLine’s Matt Webb Mitovich confirmed it’s “fun” to see the teams “squabble about seniority” before he delved further.

The three teams will reportedly even end up interrogating one member of their own teams.

Listing off what fans can expect, Matt dropped the tidbit: “(There’s) a certain Gibbs ‘presence’ in one sequence…

“A nice team-up for Fatima (Medalion Rahimi) and Lucy (Yasmine Al-Bustami), and what I will call ‘a very satisfying audio Easter egg’ for the fans of one of the three shows.”

Exactly how Gibbs’ presence will be felt remains to be seen but it’ll undoubtedly be welcome news for diehard fans of the series.

And judging by the storylines and details outlined, it sounds like it’s going to be an unmissable three-hour event for fans everywhere.

There are also some very big names joining the show for the one-off special as part of the guest cast.

1883 and Yellowstone star Dawn Olivieri is putting her role of Sarah Atwood in the Paramount drama to one side to appear in the CBS event.

Elsewhere, Star Trek legend Robert Picardo will also star opposite the likes of Lachey and co.

James Morrison and Agents of SHIELD star Maya Stojan will round out the guest cast for the three-way crossover.

Harmon, on the other hand, is yet to line up any other major projects since bidding NCIS farewell.

According to his IMDb page, NCIS remains his latest role with no new series or other on-screen projects in the pipeline.

Sadly, this means there aren’t any future NCIS appearances in the pipeline for now, but fans will be hoping to get a good reference to him in the crossover.

Meanwhile, a number of the show’s stars have been sharing snaps from behind the scenes to social media from the historic event.

Although Wilmer Valderrama sparked concern when he and the crew posed alongside a body bag in one snap.

NCIS season 20 returns to CBS on Monday, January 9 in the USA. A UK release date is yet to be announced.