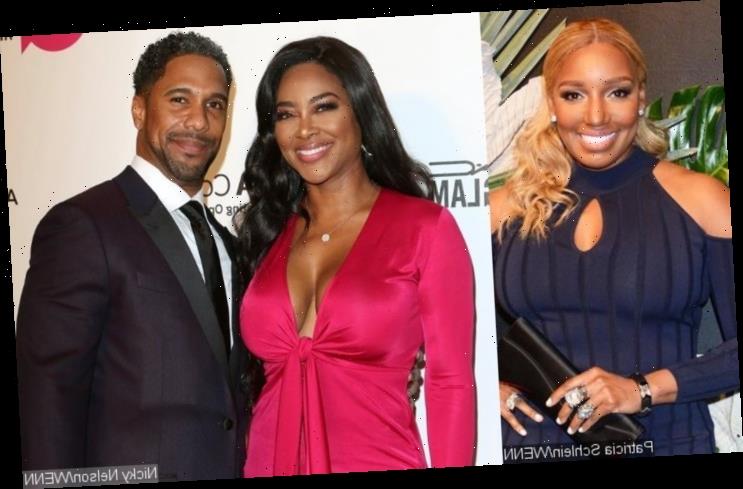 NeNe’s jab doesn’t go unnoticed by fans who are quick to slam her for being petty, though some others are here for NeNe’s comment and jokingly call the 51-year-old ‘Petty Leakes.’

AceShowbiz -Everyone knows that NeNe Leakes doesn’t have the best relationship with her “The Real Housewives of Atlanta” co-star Kenya Moore, and the former doesn’t event try to make it subtle. NeNe was caught leaving a shady comment underneath a post of “RHOA” clip featuring Kenya having an intense moment with her estranged husband Marc Daly.

Posted by The Shade Room on Instagram, the video saw Kenya and Marc visiting a venue to plan an upcoming event. Kenya could be seen trying to say something and put out her opinion, but Marc kept interrupting her whenever she tried to speak.

“#KenyaMoore can’t get a word in with her estranged husband #MarcDaly,” the account wrote in the caption.

Within an hour of the footage being posted, NeNe took to the comment section to share her reaction to the video and it was the shadiest ever. She left multiple crying and laughing emojis, seemingly showing that she has a good laugh in Kenya’s expense.

NeNe’s jab didn’t go unnoticed by fans who were quick to slam her. “Nene, that’s not funny tho! Why you laughing at another woman’s pain? Just not funny,” one person wrote. “@neneleakes you’re laughing but your own marriage is pretty fragile,” someone else added with one other saying, “Nene I truly feel sorry for you… you’re absolutely miserable in your life.”

However, one user loved NeNe’s reaction, commenting, “NeNe you’re petty but I love it!” Another user wrote, “I’m screaming at Nene’s comment!” Some others jokingly called the 51-year-old TV star “Petty Leakes.”

Meanwhile, some others directed criticism at Marc. “why is his disrespect so funny to you? BC you don’t like @thekenyamoore ? That’s pretty immature to enjoy a man disrespect any women… he’s seems to be a narcissist,” one person noted.

NeNe and Kenya had been at each others’ throats in the current season 12 of “The Real Housewives of Atlanta”. The two even nearly got physical in a January episode of the show and Kenya accused NeNe of almost spitting on her during another altercation.

NeNe, however, denied spitting on Kenya, unlike what she claimed before during interviews. “Do I ever spit on Kenya? No! Why she went and told those lies, is again, to be malicious. And her putting her hand in my face is just a no,” she said in a YouTube video. “She shouldn’t do it and everything should be fair for every single one of us.”