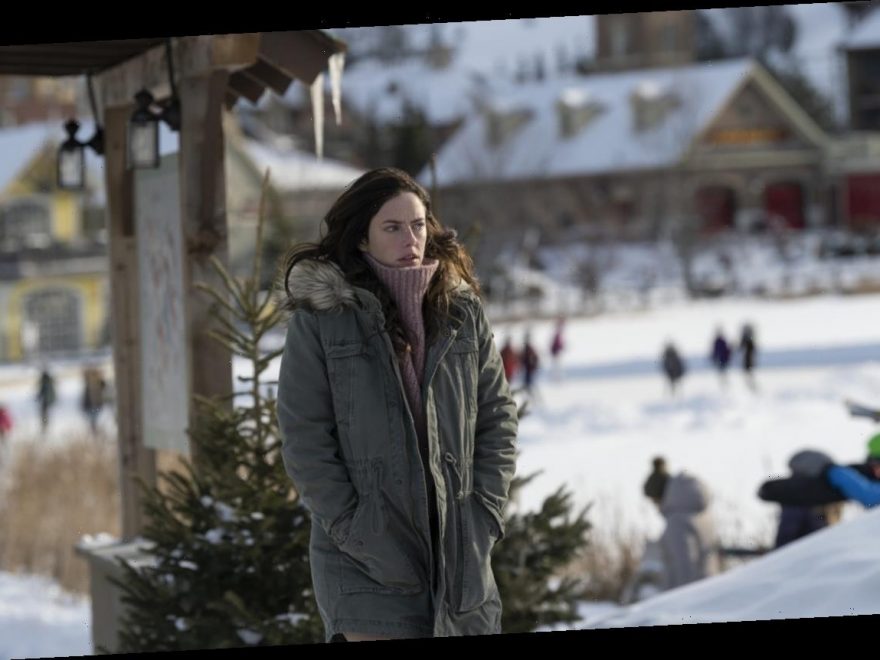 There’s nothing like the joy of a good cliffhanger ending to a show’s Season 1… unless, of course, audiences are left totally hanging when the show doesn’t get a Season 2. That’s unfortunately the case with one of Netflix’s latest dramas and fans are not pleased. Netflix canceled Spinning Out, so fans will never find out how the characters’ stories end.

Warning: Spoilers for Season 1 of Spinning Out follow. On Monday, Netflix announced that it was not renewing the ice-skating drama Spinning Out for a second season. The 10-episode first season dropped on Jan. 1 of this year and dug into the world of competitive winter sports in a resort town in Idaho. The series follows Kat Baker (Kaya Scodelario), who battles mental health issues and family drama with mom (January Jones) and sister (Willow Shields), while also pursuing her dreams of skating in the Olympics. She teams up with bad boy skater Justin (Evan Roderick) and trains under her tough coach Dasha (Svetlana Efremova).

At the end of the first season of Spinning Out, quite a few storylines were left open-ended. The two biggest are probably the fact that Kat and Justin decided to pursue a relationship just as they were about to begin begin their long routine in the their sectional competition. Now that fans won’t be getting a Season 2, they’ll never know how Kat and Justin’s personal or professional lives turn out. That’s a real bummer for a lot of fans, especially the ones posting about Spinning Out’s cancelation on Twitter.

A bunch of other storylines are also now left up in the air. After Kat’s sister Serena revealed that her doctor had taken advantage of her, their mom attacked him. Plus, Kat’s best friend Jenn (Amanda Zhou) started dating the doctor, so all that drama was really messy at the end of Season 1.

Fans are really frustrated not only that they won’t be able to learn how all these storylines end, but also that Netflix is no longer supporting a show that they love. One fan on Twitter wrote, "Again Netflix doing a impeccable show, with a great plot, amazing actors, that talks about important things and with a lot more to talk about, not moving a finger to promote them and canceling it. Imagine how tired I am."

Fans on Twitter are using the hashtag #SaveSpinningOut to try to convince Netflix to reverse its decision to cancel the series. But for now, fans will simply have to be content with the one season of Spinning Out that they have.