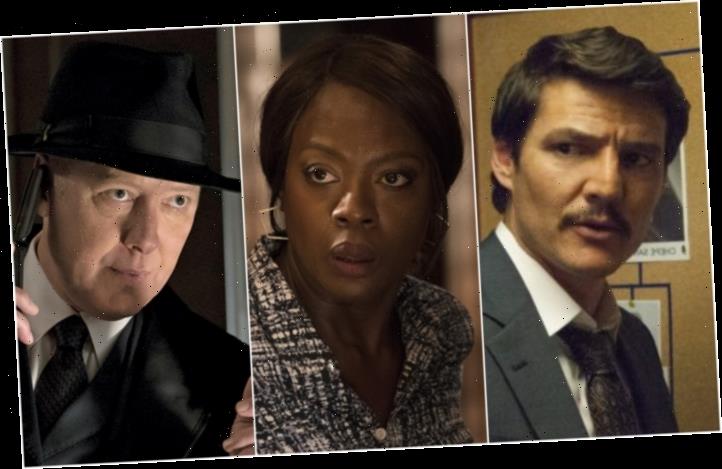 A new report from the nonprofit Color of Change has found that Netflix, NBC and ABC crime dramas were the top offenders for the 2017-18 television season when it came to depictions of wrongful actions committed by people of color in the criminal justice world. (In this study, “wrongful actions” are defined as 23 specific actions from lying and tampering, to coercion and intimidation, to overt racism.) But the study also dug deeper into the makeup of the writers’ rooms of the 26 broadcast and streaming crime dramas to get to the “why” behind these depictions. There, the findings were that 81% of showrunners were white men, and at least 78% of writers were white, with only 9% black.

“What this report really roots us in is, how do you get Trumpism? You get that by miseducating a public and normalizing injustice — making things that are untrue seem true,” says Rashad Robinson, president, Color of Change. “For the last 20 years in this country, violent crime has steadily gone down and, at the same time, people think violent crime has gone up. And that distance between perception and reality is not just about getting a wrong answer on ‘Jeopardy!’ It has real-world impact on people’s lives. When we miseducate people about how systems work and when we normalize injustice on our TVs, we make it OK for certain people to be treated only as heroes and certain people to be treated only as villains, and that does not move us forward.”

It is worth noting that many shows that have lower depiction rates do so because they feature fewer people of color onscreen to begin with. This did affect the averages per network, as well.

In order to come to this conclusion, the report studied the racial disparity, causal connection and equitable behavior of characters in crime dramas across broadcast networks and streamers. For the former, the research was focused on whether procedurals and other crime-centric series “accurately depict the reality of the criminal justice system, accurately depict racial disparities, and depict reforms and other solutions for correcting racial disparities in the criminal justice system.” If criminal justice professionals (CJPs) are characters within the story, a further exploration was made into how they, and their practices, are depicted. And finally, for the latter point, the study wondered whether the series promoted “just and effective behavioral norms — i.e., good standards of behavior — for CJPs, especially with respect to reducing racism in the system and addressing its harms.”

Among the findings of this study were the fact that the majority of the series that did represent CJPs did so in a way that showed them committing wrongful actions in a way that normalized them — making these actions seem “routine, harmless, necessary or even noble” in the pursuit of justice, rather than as “problematic, harmful, counterproductive or warranting judgement and accountability,” the report writes. Sixty-nine percent (18 of the 26 series) depicted “good guy” CJPs committing wrongful actions, and most series conveyed the idea that whatever a CJP does is inherently “right” and “good” by virtue of it being done by a person of that status.

Meanwhile, 64% of depictions of acknowledging wrongful actions (aka referencing, in the story, that an action or behavior was wrong) featured a person of color or a woman. Here, “Seven Seconds” once again topped the list, offering a balance in perspective from its people of color characters. Several series were found to have used people of color characters as “validators” of wrongful behavior by either casting people of color in the CJP roles or as the perpetrators or other supporters of wrongful actions. Here, “How to Get Away with Murder” and “Luke Cage” ranked highly on the list.

“It is not that we are only asking for beautiful and positive portrayals of challenges happening in cities. What we are demanding is portrayals that are more rooted in the reality and more rooted in the experiences of those communities,” Robinson says. “We shouldn’t take away the fact that police do bad things. In fact, that should be there, but it’s about, are bad things made legitimate because they are the means to an end, or are bad things exposed as something that are harmful to all of us when we can’t actually trust our justice system? In showing that the good guy has to step outside to do what they’re supposed to do, but it’s all OK as long as they get the bad guy, then we give license to a whole set of actions that don’t make us more safe. We also send a very clear message that those are fighting for reforms are fighting for reforms of a system that’s working.”

Dramatizing characters’ actions for increased conflict is the often the very definition of creating television shows, but the study also looked at who was behind such dramatization. Representation onscreen can only make strides when there is representation behind the scenes.

A racial integrity index created by those behind this study ranked each series by the number of its depictions of featured people of color characters relative to the percentage of people of color writers in that series’ writers’ room. The study found that “Narcos” had the worst score, with 11.5% depictions of featured people of color characters per episode and 80% white writers. Series that followed closely behind were “9-1-1,” “The Blacklist,” “Chicago Fire,” “Criminal Minds,” “Hawaii Five-0” and “NCIS.”

Finding that there were 275 writers, 27 showrunners and 42 creators who were credited for the 26 series examined in the 2017-18 season, the study found that at least 78% of the writers were white, with 9% black across the genre, and 20 of the 26 series had only one or no black writers on staff. In fact, three series (“Blue Bloods,” “Mindhunter” and “NCIS”) had writers’ rooms that were made up with all white writers for this particular season. “Luke Cage” and “Seven Seconds” were found to be the only series with more than 50% people of color on the writing staff.

“What’s clear is that when you have writers’ room where folks have less relationship or less consequence, day to day, with the story that’s being told and its impact on real people’s lives, then you get a different type of story. These shows are set in cities, overwhelmingly; they’re showcasing relationships with black and brown communities, with poverty. It would be like a story being told about the #MeToo movement that had no women [in the room],” Robinson says.

Only 37% of writers across these series were women, with just 10% women of color. Only five series (“Bull,” “Criminal Minds,” “How to Get Away with Murder,” “Mindhunter” and “Orange is the New Black”) had 50% or more women on the writing staff.

The writers’ room is staffed by the series showrunner, and here 81% were white men, with the exceptions being on “Criminal Minds,” “Luke Cage,” “Orange Is the New Black,” “Seven Seconds” and “Shades of Blue.”

Some of these series were limited offerings or simply canceled and therefore did not make it to the 2018-19 television season. Out of the 19 that did and had aired by May 2019, 84% of writers were white, with six of them (“The Blacklist,” “Blindspot,” “Blue Bloods,” “Elementary,” “Law & Order: SVU’ and “NCIS”) made up of 100% white writers on staff.

Going forward, the report implores those who are writing crime series, even fictional ones, to “stick to the truth” when depicting characters, routines and practices in the criminal justice system. This includes a call to “proactively revisit any written or unwritten policies they may have concerning the portrayal of law enforcement, the type of characters they cast as white or nonwhite, or any other convention that guides their work that may also have implications for viewers’ attitudes about race or the delicacy and equity of the justice system overall,” notes the report. This also includes seeking out new voices and sources to tell these stories.

This study, titled entitled “Normalizing Injustice: How Scripted Television Shows Make Bad Behavior Seem Good, Miseducate America About Crime, Law, Race & Gender, and Exclude People of Color from Shaping the Stories We See,” was a product of a collaboration between Color of Change and the USC Annenberg Norman Lear Center’s Media Impact Project. It was inspired, in part, by the report released in 2017 about race in the writers’ room, which revealed that only one of the crime procedurals studied that year had more than one black writer in the writers’ room.

“Because there are so many of these shows, you can’t just look at it quickly and diagnose the problem,” Robinson says. “Once you look at the full landscape, though, what became pretty clear was that the trends were pretty there. And what was so disappointing about the trends was that in a space where there have been so many new platforms, the rules for how these things are produced have not been disrupted. For every status quo-breaker, you get three or four other shows that follow the same exact model as before. In some ways, I think all of these new shows make these reports, in some ways, harder to do, but that much more important — because without actually stepping back and looking, you can make the wrong assessments about what’s working and what’s not.”