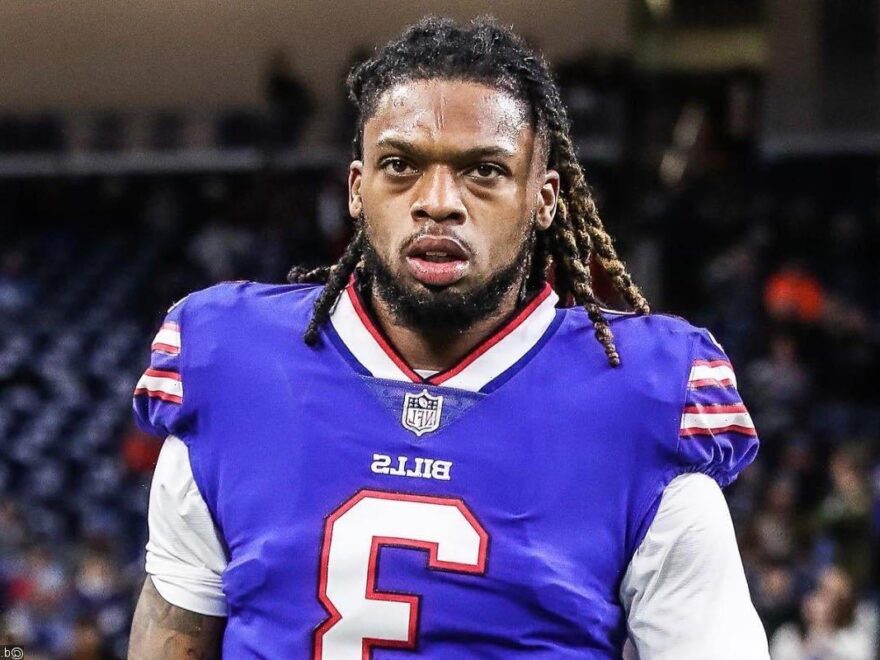 The Buffalo Bills safety is taken off the field in an ambulance after receiving treatment for over 10 minutes, resulting in the game between the Bills and the Cincinnati Bengals being suspended until further notice.

AceShowbiz -Prayers up for Damar Hamlin. The NFL star is rushed to the hospital in “critical condition” after collapsing on the field during a Monday night, January 2 game between the Buffalo Bills and the Cincinnati Bengals.

The injury took place as the Bills’ safety tackled Bengals’ wide receiver Tee Higgins with 5:58 remaining in the first quarter and Cincinnati leading the game, 7-3. Hamlin got up from the ground and took a few steps back, but he suddenly fell down onto the Paycor Stadium turf.

Medical personnel came over to Hamlin to attend to him. CPR was administered to him on the field for several minutes before he was taken off the field in an ambulance at about 9:25 P.M. He appeared to be receiving oxygen as he was placed in the ambulance. His family came down from the stands to be with him in the ambulance. According to Fox 19’s reporter Joe Danneman, he needed AED (automated external defibrillator) and was not breathing on his own.

Hamlin’s teammates appeared to be in shock following his collapse. After Hamlin exited the field, Bills players knelt together in a circle and then returned to the sideline, with the defense heading back on the field to resume play. Wide receiver Stefon Diggs called everyone over for a word.

However, instead of resuming play, Bengals coach Zac Taylor walked over to Bills counterpart Sean McDermott and met with game officials present. The decision was then made to pause the game until further notice.

The statement continued to read, “Hamlin received immediate medical attention on the field by team and independent medical staff and local paramedics. He was then transported to a local hospital where he is in critical condition.” They added, “Our thoughts are with Damar and the Buffalo Bills.”

The NFL community has since reacted to the news. Denver Broncos’ quarterback Russell Wilson tweeted, “Wow. I am praying for you @HamlinIsland. Praying for health and safety.” Arizona Cardinals’ quarterback Kyler Murray added via his own account, “Prayers up for Damar Hamlin and his family. This game should’ve been called, nobody is concerned about football right now…”