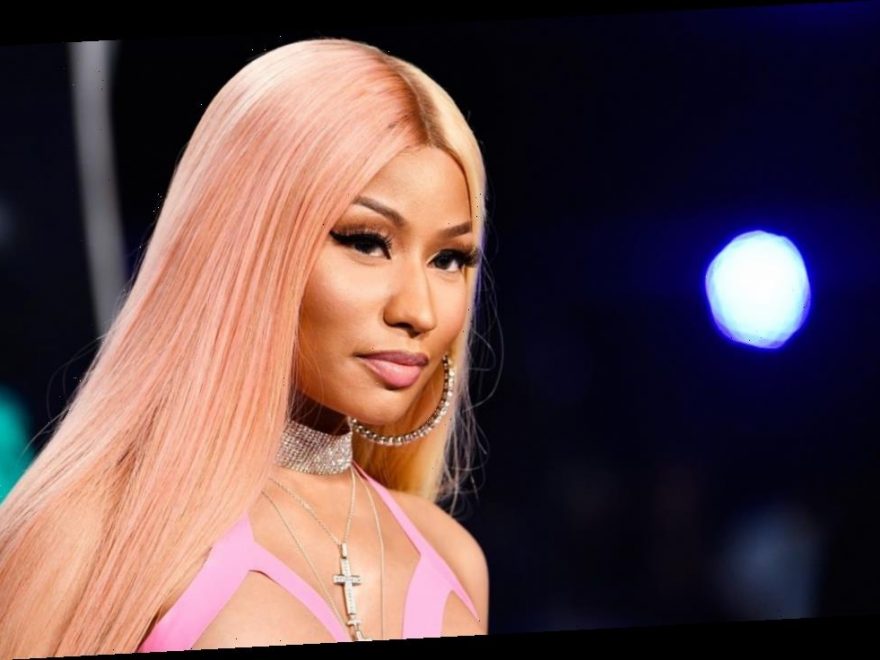 The 2010s saw sexual mores change drastically in the United States. Part of this included a number of major celebrities coming out of the closet. During Nicki Minaj’s early career, her lyrics sparked speculation she was bisexual. Here is what Minaj had to say about her use of lesbian imagery in her songs.

The lyrics to “Lil Freak,” a collaboration between Minaj and Usher, sees Minaj getting flirty with a woman. “Excuse me, little mama, but you could say I’m on duty/I’m looking for a cutie, a real big old ghetto booty/I really like your kitty cat, and if you let me touch her/I know you’re not a bluffer, I’ll take you to go see Usher.”

She continued “I keep a couple hoes, like Santa, I keep a vixen/Got that Dasher, Dancer, Prancer, Dixon, Comet, Cupid, Donner, Blitzen.” Like many Minaj lyrics, these lines aren’t subtle. They caused many fans to come to the conclusion that Minaj was attracted to women.

The same is true for her song “I Endorse These Strippers.” It includes the lines “I tell the hoes when they strip/That they can play with my cl*t/Ooooh/Boobs, boobs, boobs, boobs, lotta boobs/Man I make the baddest bitches send me nudes.” People often assume artists write from their life experiences, so Minaj was believed to be bisexual by many.

BET reported Minaj was asked about being openly bisexual in 2010. She replied “I think the world is getting more gay-friendly, so hip-hop is too. But it’s harder to imagine an openly gay male rapper being embraced. People view gay men as having no street credibility. But I think we’ll see one in my lifetime.”

However, SF Gate reported in 2012 Minaj was dismissing the rumors she was bisexual. She said “That’s definitely not true… I guess some people are thrown off by me embracing gay culture. But I don’t feel the need to explain that. Unless someone asks me a specific question.”

In 2012, The Indian Express reported Minaj had merely joked about being bisexual to generate buzz. Minaj said “I think girls are sexy, but I’m not going to lie and say that I date girls. At one point you had to sell a few kilos to be considered a credible rapper. But now it’s like Drake and I are embracing the fact that we went to school, we love acting, we love theater, and that’s ok, and it’s especially good for the black community to know that’s ok, that’s embraced.”

Some fans were happy to receive clarification regarding her personal life. Other were upset she would say she was bisexual in order to generate headlines. Regardless, some of the rapper’s most devoted fans were unconcerned with her personal life and simply continued to enjoy her music.