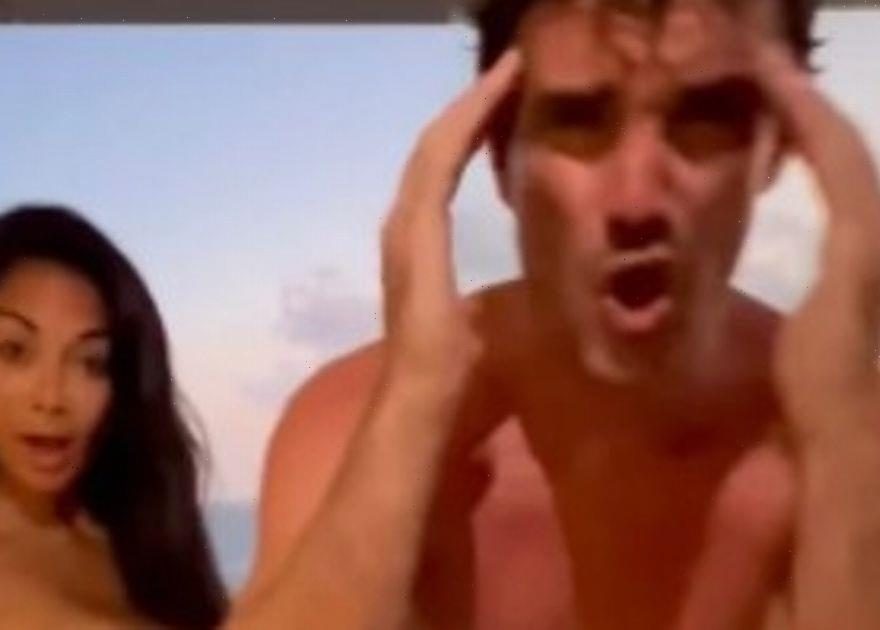 Nicole Scherzinger has paraded her killer figure in a cheeky video uploaded on her TikTok account.

The former Pussycat Dolls singer, 43, filmed the video alongside boyfriend Thom Evans as they danced together in a jacuzzi.

The Don't Cha singer looked sensational in a strapless lilac bikini that showcased her toned bum and taut abs.

Former rugby player Thom, 37, went shirtless for the light-hearted dance session with his girlfriend and opted for a pair of red swimming trunks.

The pair have been enjoying a holiday in Cancun, Mexico with Nicole giving her 2.7million TikTok followers a glimpse of their playful antics in the idyllic location.

The former X Factor judge looked stunning as she went makeup-free and wore her trademark raven tresses down in their natural style.

The video was set to Usher's 2008 hit Love in this Club and had the caption: "What really happens when making a TikTok…"

The brunette bombshell's comments were filled with messages from her adoring fans who couldn't get enough of the fun-filled vid.

One fan gushed: "You guys are so cute."

Another penned: "I'm living for this video. Living. We need more types of these videos."

"The most hilarious couple," a third wrote.

While a fourth said: "Wait why is this so cute."

The loved up couple, who started dating in late 2019, kicked off their Mexican holiday last week, with Nicole keeping fans updated while on their trip.

Yesterday (May 12) the singer took centre stage once again when she twerked while on her balcony.

The 43-year-old flaunted her toned physique wearing a busty pink bikini that she paired with a multi-coloured mini skirt.

She donned a bright pink lipstick to match her vibrant ensemble and wore her brunette tresses in a beach-waved style.

Thom also appeared in the video, with Nicole explaining in the caption that he "stole the spotlight" while she was learning the TikTok dance.