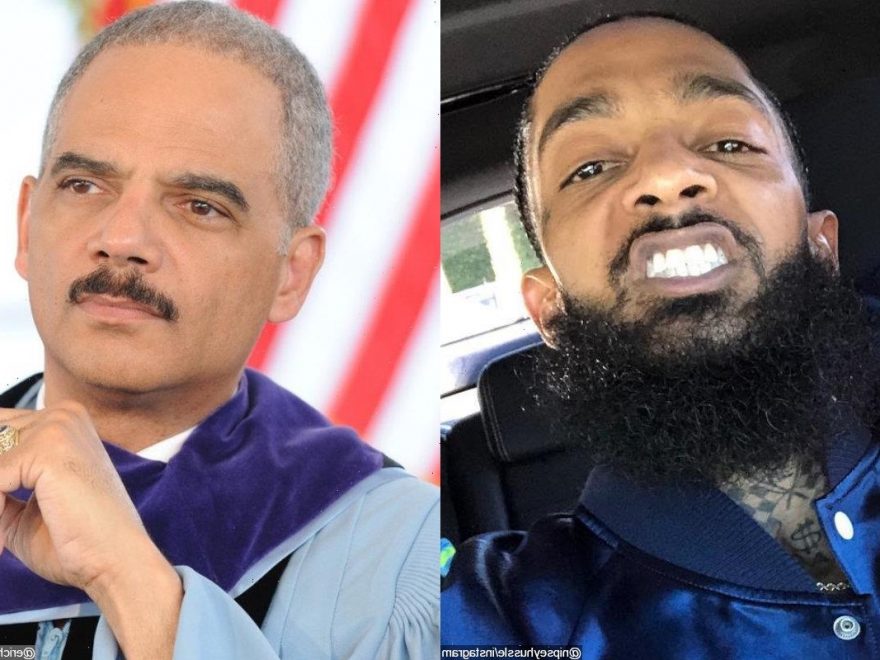 Eric Holder shows up in court with swollen eyes and staples closing a wound in the back of his head, one day after a trial in the rapper’s murder was delayed due to the beatdown.

AceShowbiz –Nipsey Hussle‘s alleged killer is nursing injuries after he was assaulted in jail. Eric Holder appeared in court on Wednesday, June 29 with swollen eyes and staples closing a wound in the back of his head, one day after the beatdown.

According to his attorney Aaron Jansen, Eric was punched and cut with a razor by two inmates while waiting in a holding cell to come to court on Tuesday. Due to the attack, the trial planned for Tuesday was delayed to the next day.

The attorney additionally told TMZ that Eric needed 3 staples in the back of his head to close his wound. He allegedly lost consciousness during the attack. The motive of the attack is still unclear as the matter was not addressed during the latest trial.

At the Wednesday trial in the rapper’s murder case, Eric’s attorney called two witnesses for defense, including a private investigator and gang expert who testified to the seriousness of “snitching” allegations that the prosecution says were the motive for the shooting.

“As you grow up in the neighborhood, everybody knows the consequences of what it means to be labeled a snitch,” the investigator, Robert Freeman, said. Asked whether discussions of acting as an informant are especially serious if they come from an important figure, the investigator said, “If they’re an OG or looked upon, whatever they say is almost gold in the streets.”

During cross-examination, however, Robert agreed with Deputy District Attorney John McKinney that such conversations are not unusual. While he acknowledged that beatings over them are frequent, killings over them are very rare.

Eric did not take the stand during his trial. Closing arguments are set to begin on Thursday. Eric is charged with first-degree murder in Nipsey’s killing and attempted murder of two other men struck by gunfire.