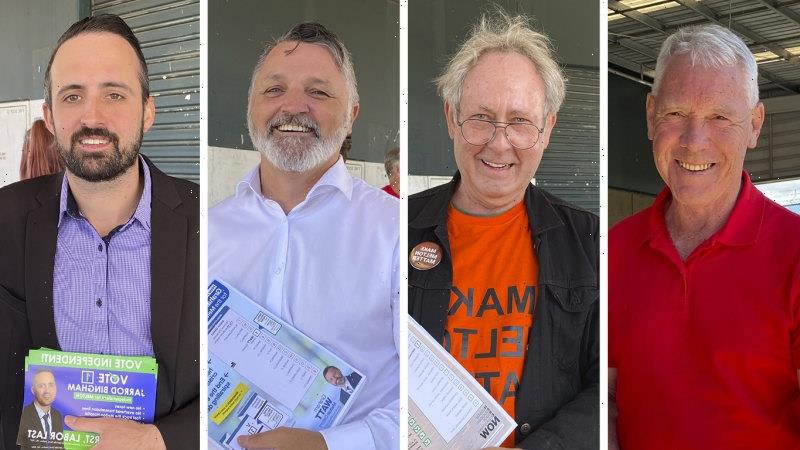 The fact that an early voting booth in Melton is next to an actual travelling circus has not been lost on many punters at the booth over the past fortnight.

‘Which one is really the circus?’ has been a common refrain, including on Friday when the Victorian Electoral Commission had to deploy foam pool noodles to corral party workers into line. 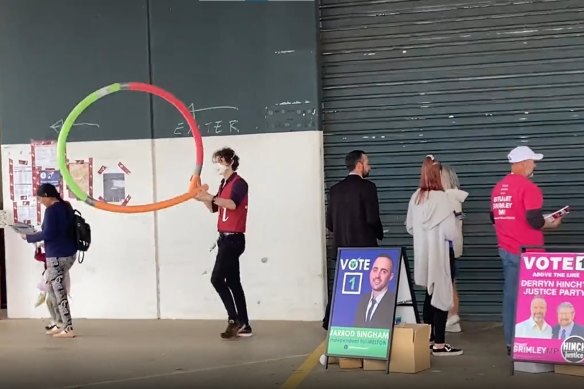 United Australia Party’s Craig Kelly rocked up to assist his party who are hunting an upper house spot in the Western District.

Candidates and volunteers from a huge array of major and micro parties have braved howling winds and bucketing rain over the past fortnight, working the voting line in Melton which is considered a real prospect of a change of hands this election. 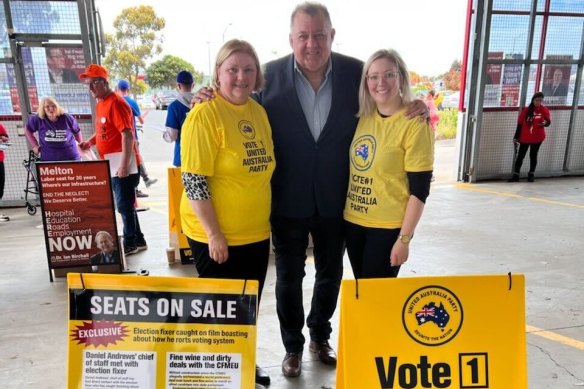 After months of campaigning, The Age checked in on the four very tired main contenders on election eve.

Former ambulance union head and current Labor MP for Melton Steve McGhie, enjoyed the rare bit of sunshine on the last day of pre-polls at an old Bunnings Warehouse site on Friday.

“It’s like a wind tunnel [here] when the wind blows,” he says.

After a boundary change, McGhie holds this seat with a 5 per cent margin. He says he’s most proud of Labor’s $900 million commitment to delivering the 274-bed Melton hospital by 2029. 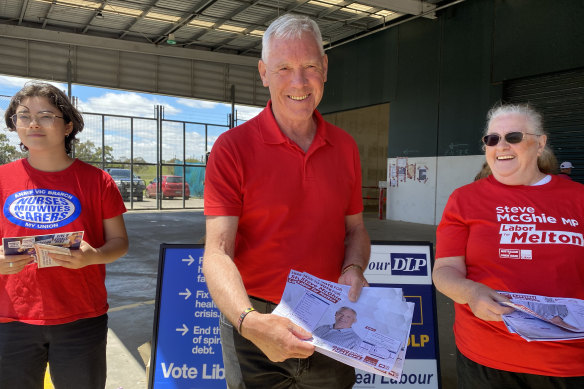 “They can say whatever they like the others, but they’re not committing any money. [The Liberals] are saying they’re going to start within 12 months but it’s physically impossible,” he said.

“They haven’t said when they’re going to [build it], how big it’s going to be and how the independents say they can build a hospital is a complete joke.”

McGhie also said he was proud of delivering “millions and millions” to primary and secondary schools in the fast-growing electorate, and a new TAFE college that will be started in 2024. 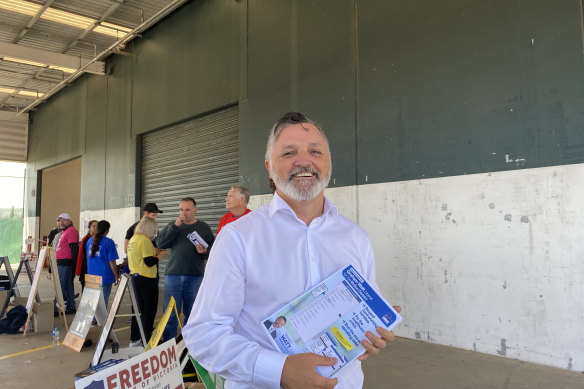 It feels like Graham Watt hasn’t stopped smiling throughout this campaign. Asked if there’s been any downsides or mistakes made in his campaign to convince a once-Labor heartland to convert to the Liberal Party, he doesn’t miss a beat.

“No downside,” he beams. “It’s all been positive.”

Watt has his Melton pitch well-drilled: “The campaign is all about the neglect of Melton, it’s all about the fact that for 30 years, we’ve had Labor members of parliament here who haven’t actually looked after the place, and we have a current member of parliament who doesn’t live anywhere near here.”

He says he’s most proud of the opposition’s commitment to starting the hospital earlier than Labor (something Labor disputes is possible) and widening the over-congested Western Freeway, and duplicating the Melton Highway.

After 13 days standing on the party representative conga line jostling for votes and sledging each other, Melton independent candidate Dr Ian Birchall is feeling battle hardened. 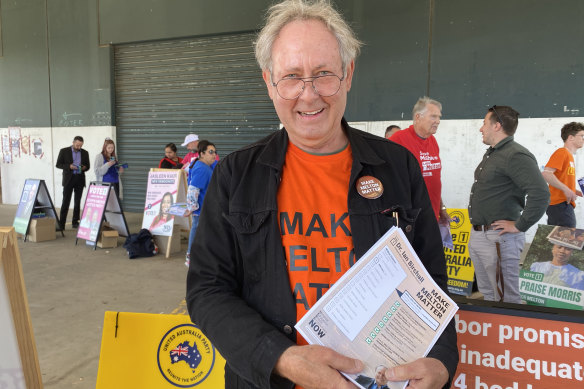 Birchall polled 11 per cent of the primary vote in the 2018 election in Melton, putting him in third place. After preferences, he came within 700 votes of taking the seat from Labor after campaigning hard on the need for a hospital in Melton.

Now a hospital is now committed from Labor and the Liberals, Birchall has tried to pitch to voters saying a bigger hospital is needed and tapping into sentiments of “neglect”.

Birchall refuses to commit to supporting one side of politics over another if there is a hung parliament come Sunday morning.

“I don’t prefer the Liberals or Labor Party – they’ve both neglected Melton for so long,” he said. “Whoever is best for Melton I’ll support.”

Bacchus Marsh snake catcher and former Moorabool councillor Jarrod Bingham believes there’s “a very real possibility” he could end up “doing a Steven Bradbury”, referring to the accidental hero of the 2002 Winter Olympics who skated over the finish line in first place after all his rivals collided.

“Everybody’s concentrating on the other independent due to past results that are completely skewed because I actually never campaigned at the last election,” brags Bingam, who also polled 8 per cent in the federal election this year in the newly created seat of Hawke. 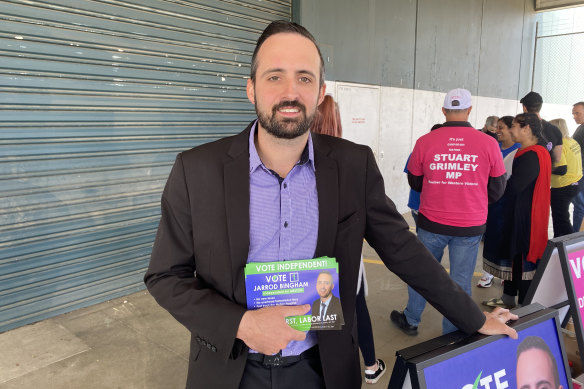 The snake catcher entered the race just two weeks ago, and has made a preference deal with the Liberal Party. Bingham also makes his allegiance clear for which side of politics he would support in the event of a hung parliament.

“I’ve been nothing but bullied and harassed by Labor. I cannot trust them,” he said. “So I would be leaning to that side [Liberal] if they stick with their promises,” he says.

This story is part of our in-depth local coverage of the key seats of Melton, Hawthorn and Richmond at the November state election.