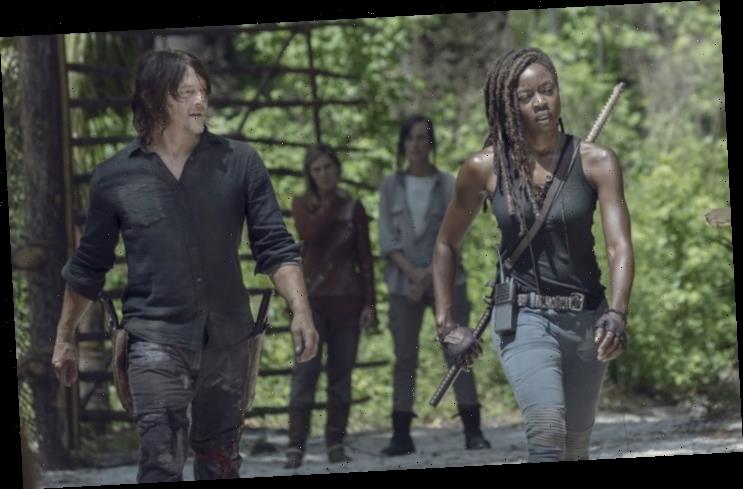 Recalling how her castmates made her final day on the set memorable, the actress playing Michonne on the horror series gushes that ‘it was such a free flow of love.’

AceShowbiz –Norman Reedus gave his “The Walking Dead” co-star Danai Gurira a send-off to remember by organising a fireworks display for her final day on set.

The actress left the show last year (2019) on America’s Independence Day, and she reveals her castmates went all out to mark her departure.

“They did a lot of really cool things for me, which I didn’t expect,” she tells Entertainment Weekly. “Norman (Reedus) organised this big fireworks display, which was really beautiful, and there was this really cool cake that was basically (her character) Michonne’s sword….”

The “Black Panther” star adds that while the day proved emotional, she was thrilled by the outpouring of love she received.

She adds, “There was of course a lot of pain and saying goodbye and teariness, but it was such a free flow of love and that’s what sticks with me the most.”