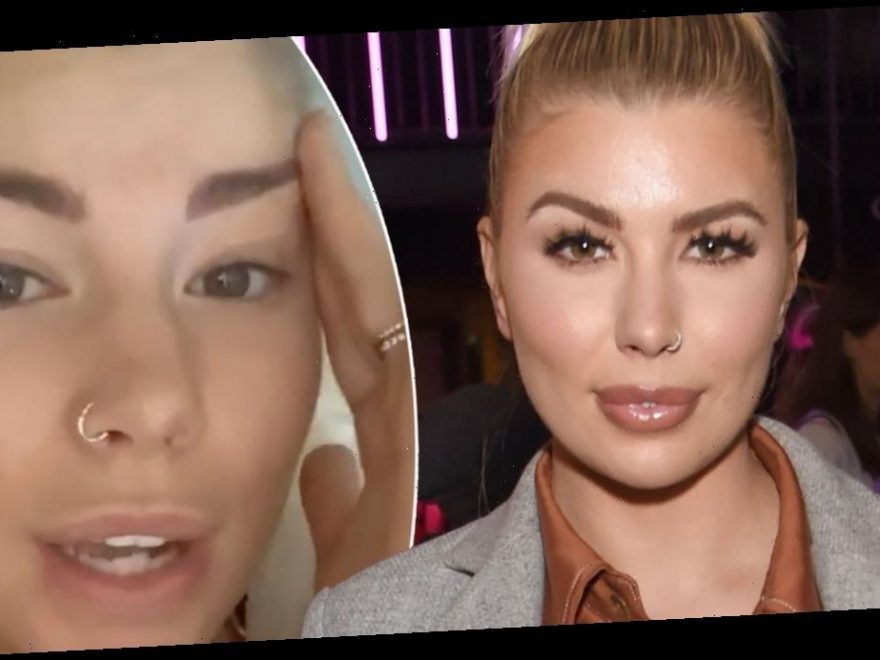 Olivia Buckland has revealed she felt exhausted trying to muster enough energy to get ready for the National Television Awards.

The 26 year old, who found fame on the hit ITV2 dating show Love Island, took to Instagram to share a boomerang of herself rolling her eyes as she told her 2.2million followers she wanted to go to the gym but couldn't as she felt "shattered after yesterday (think my thyroid is playing up)".

She continued by saying she has a great deal of work to get through this week, including the NTAs tonight [28 January], which she attended with her husband 27 year old Alex Bowen.

Olivia, who recently revealed she's getting "so much better" at coping with her social anxieties, said: "I also think the stress of moving house next week is playing me up. Sometimes you have to let something give!

"You really cannot do it all, however much you think you can or want to it's totally ok to take a minute to chill."

The reality star also shared a series of clips of herself explaining how she feels as she said: "Honestly crazy how tired how feel, it's horrible. Anyway, I've got an overactive thyroid.

She gave a little insight into her upcoming move next week as she continued: "I've literally got like three more days of work and I've booked some days off to get packing done. Oh my God it's just so stressful moving house.

"I think that's why I'm tired as well because the stress of moving house is unbelievable, it's just always on your mind. I'm so excited but yeah, it's mad."

Olivia, who recently said her body is a "nuisance", was eventually able to pick herself up though as she later shared a clip of herself getting glammed up. In a short video, she revealed she would be pairing black nails with a set of diamond rings.

She also gave a sneak peak at what her make-up would look like tonight as her stylist applied a pink blush to her cheeks while she showcased her glittery grey eyeshadow.

One clip also gave a preview of the different outfits she might don on the red carpet, including a strappy white dress and bright red one.