Ahsoka Tano is one of the most beloved Star Wars characters ever. Even though she’s only ever appeared in animated form, starting with The Clone Wars, that hasn’t stopped her from gaining just as many — if not more — fans than some live-action characters. And it’s been 12 years since the character was introduced. It was on Jan. 29, 2008, that Anakin’s Padawan came into the Star Wars universe. In over a decade, Ahsoka has taught fans oh-so-much. 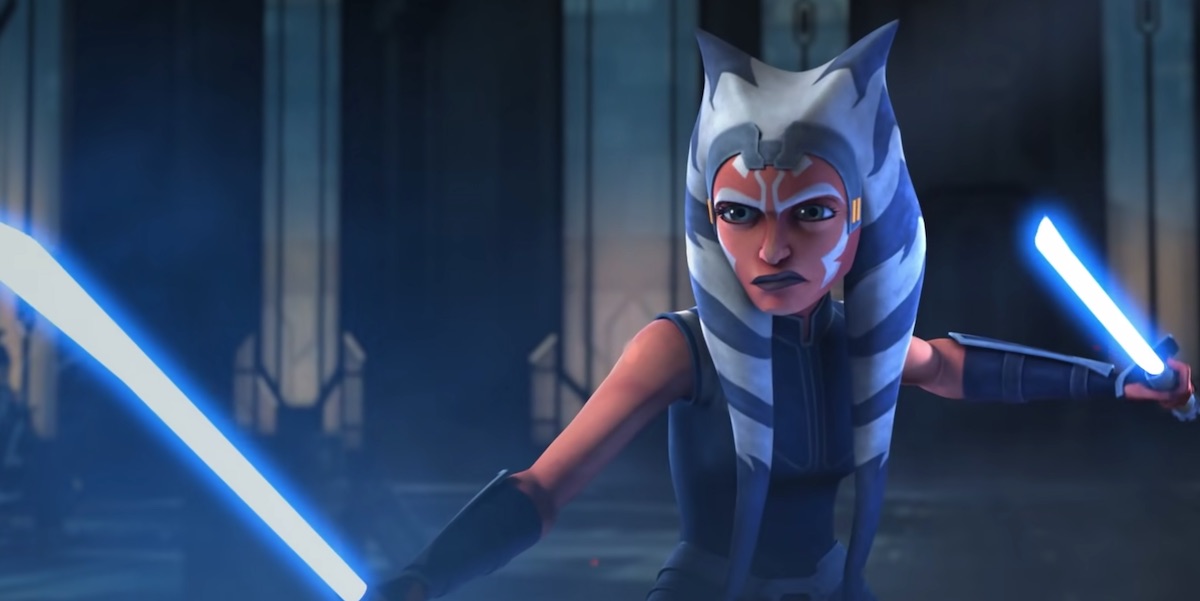 Confidence in yourself can get you anywhere

It’s no secret that Ahsoka was not universally liked when she first came onto the scene. A lot of fans thought she was a little too snippy and disrespectful to be Anakin Skywalker’s student. They didn’t see any gains from having a 14-year-old girl on all the missions and weren’t okay with her high skill level.

Thank goodness, the tides have changed for the most part. And what Ahsoka taught us in her formative years was that no matter your age or where you come from, if you have confidence in yourself, you can go far. Commander Tano, as she’d soon go on to be called, introduced herself with tenacity and fit in pretty well with Skywalker and Kenobi. This, of course, set her up to be a little too confident sometimes, but it’s also what lead her to be such a good Jedi.

It’s important to learn from your mistakes, not run from them

Even though the early opinion of Ahsoka was too quick to judge, she was still a 14-year-old Padawan learner. Mistakes were bound to happen, and when you’re as gifted and cocky as Ahsoka could sometimes be (a la her master), bigger mishaps happen.

Near the end of Season 1, Ahsoka lost a lot of troopers when she disobeyed direct orders during an assault. She was, of course, beaten up over the deaths as a result of her reckless actions, and she didn’t want to be in charge again. But, with some arm-twisting from Anakin and determination on her part, she was successful not long afterward.

Ahsoka was very respectful of the Jedi code and was well on her way to passing the trials and becoming a Jedi Knight. But after she was framed for bombing the Jedi Temple on Coruscant, the Council banned her from the Order to save their necks.

It, of course, backfired since Barriss Offee (another Jedi Padawan) was the one who did it. But the damage was done, and Ahsoka saw the true colors of not only the Council, but her idea of the Jedi was tainted. Her trust in those around her and herself was also shaken, and she chose to walk away and leave the Jedi Order. It wasn’t an easy decision by any means, and she saw how much she was hurting herself and Anakin. But she knew it was the right thing to do. She knew her worth, and it no longer aligned with the Jedi Order.

Even though it can be scary, standing up for what you believe in is vital

After the fall of the Jedi and the end of the Clone Wars, Palpatine became the dictator the Republic never wanted. Ahsoka went into hiding, as told in the Ahsoka novel by E.K. Johnston, and cut herself off from the Force and any type of rebellious actions against the new Empire. She did it for survival since Inquisitors were hunting any stray Jedi (aka her, even though she left the Order); it was very dangerous to show any type of connection to the Force.

But when thrust into a scenario where her knowledge and powers were needed, she realized that even though it was terrifying, she had to do something. She had to fight back. And she did; she became the face of the Rebel Alliance’s recruitment system, the Fulcrum initiative.

It can be important to face your demons head-on

More than a decade after Order 66 and the Jedi Purge, Ahsoka was a lead member of the Rebel Alliance. She stepped in to help the crew of Ghost in Star Wars Rebels and becomes an important character in Season 2 of the show.

Ezra, Kanan, and Ahsoka come face-to-face with Darth Vader in the season finale, and she has to face a horrible truth about the Sith Lord. She had denied the hints and connections he might have to Anakin Skywalker, but when it’s confirmed that her master is behind that mask, she decides to face him and not run.

Being “snippy,” as Anakin called her, isn’t inherently a bad thing. It allowed Ahsoka to be heard and show off her confidence when she needed. However, it somewhat was a sign of her immaturity and age. And even though she started off as that teenaged Padawan, she grew into one of the most beloved and respected characters in all of Star Wars, a franchise that started in 1977. And her story is far from over.