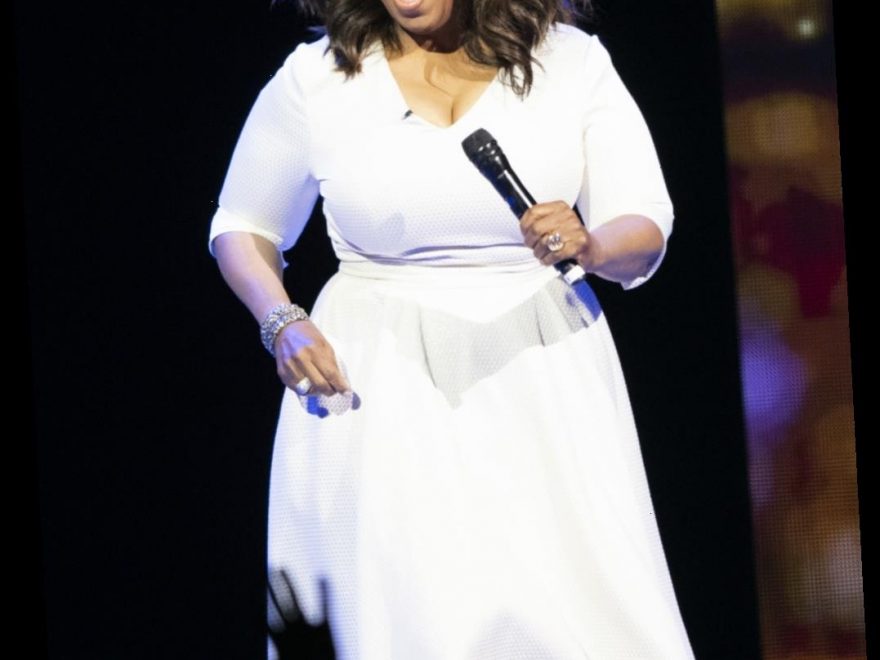 I am not very familiar with author Jeanine Cummins work. I haven’t read anything by her and if I was asked to name a title off the top of my head before, I couldn’t. I can now, though, because her latest book, American Dirt, became famous and then infamous in the blink of an eye. Cummins is an American author. Although she was born in Spain, she was raised in Maryland. She identifies as both white and Latinix because she has some Puerto Rican heritage. American Dirt is about a Mexican immigrant named Lydia who flees Mexico for the US with her young son in an attempt to escape the drug cartel that murdered her family members at a quinceañera, including her husband. Advance praise for the book included Stephen King, Sandra Cisneros, John Grisham, Ann Patchett and Julia Alvarez. And then it grabbed the Gold Ring – Oprah picked it for her Book Club selection, calling it, “a heart-wrenching page-turner, and you won’t be able to put it down.”

Of writing the book, Cummins said, “I wished someone slightly browner than me would write it,” and, apparently, many agreed. Almost as soon as people began praising the book, members of the Latinix community, including many authors and poets, condemned the book for gross stereotypes, and misapplication and misuse of Spanish words. The controversy grew so big, bookstores are cancelling book signings while others are suggesting other books people should read instead. Buzzfeed did a great breakdown of the whole situation. As the controversy grew, a lot of people wanted to know what Oprah was going to do about it. She finally answered, saying she was going forward with it, but the conversation was going to be much different as a result of what she’s learned.

It’s clear that we need to have a different kind of conversation about American Dirt and we welcome everyone’s thoughts and opinions in our community. #ReadWithUs

What Oprah said is:

“There’s been a lot of talk about this book, lately, and I just wanted you all to hear, directly from me, that I read an advance copy of ‘American Dirt’ last summer, before it even was an official book and it was a visceral experience for me — a migrant story being told from a mother’s perspective about the lengths that she would go to to protect her child to get to freedom in America. I was deeply moved. It had me riveted from the very first sentence, and I could hardly wait, really, to share it with all of you.

Now, it has become clear to me, from the outpouring — may I say — of very passionate opinions, that this selection has struck an emotional chord and created a need for a deeper, more substantive discussion. So, when I first started to hear your comments opposing the selection, I was asking the question in earnest, “What is offensive?” I’ve spent the past few days listening to members of the Latinx community to get a greater understanding of their concerns, and I hear them. I do.

So what I want to do, is bring people together, from all sides, to talk about this book and who gets to publish what stories. And I’m hoping that that is going to resonate with many of you and you concerns. And, this is going to stream on Apple TV+ in March and I think it’s going to allow us to open up the conversation in unexpected and, I really hope meaningful ways

As I said, I have not read the book and I am not a member of the Latinix community. Given what I know of the controversy, I think this is a good response to it. Esmeralda Bermudez of the LA Times criticized the book because, “this book was not written for people like me, for immigrants. It was written for everyone else — to enchant them, take them on a wild border-crossing ride, make them feel all fuzzy inside about the immigrant plight.” I don’t doubt that there are several books that fall under “this wasn’t written for the people it’s about” category so taking that conversation to an Oprah level platform will shed much needed light on it. The NYTimes hopes this will open a larger discussion on how broken the publishing industry is in how they promote new books. So I appreciate that instead of pulling the book, Oprah changed the discussion, allowing the concerns of the Latinix community to be truly heard.

It’s also a better response than Salma Hayek’s who had to apologize for praising the book without having read it.

I hadn’t intended to read the book because of the controversy but I’ll admit, I am extremely tempted to see what all the yelling is about. Those are huge names supporting the narrative and they all speak of the story in such glowing terms, I want to know if the writing is really that good. I also do not want to take anything away from the very valid and important issue that has been raised surrounding this author and book. The Writing my Latino Novel meme that this book has spawned is an absolute riot though. 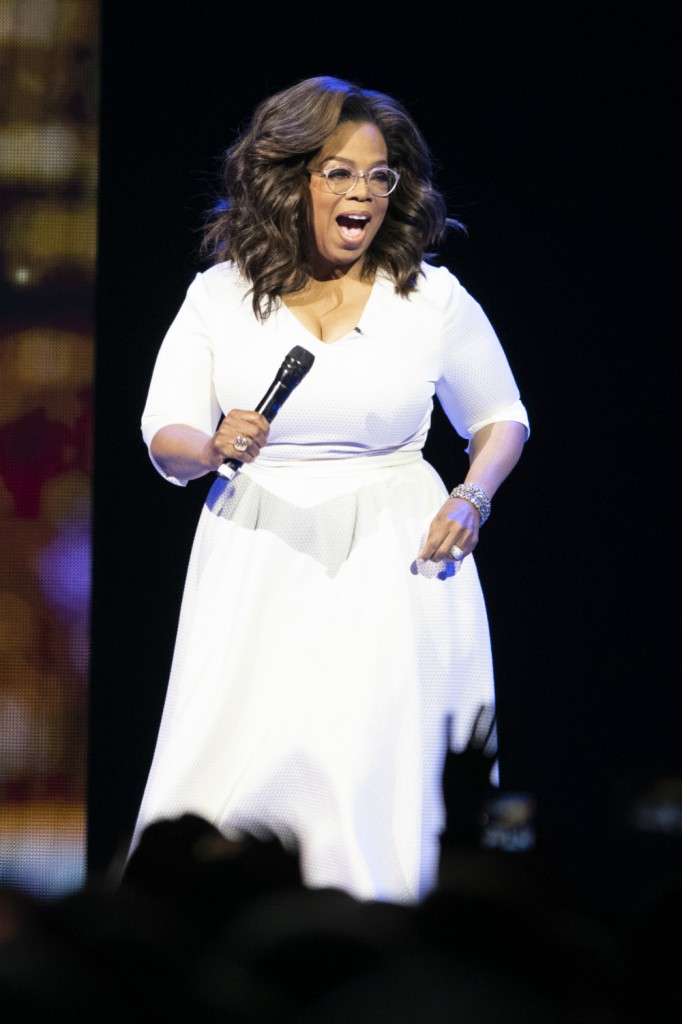 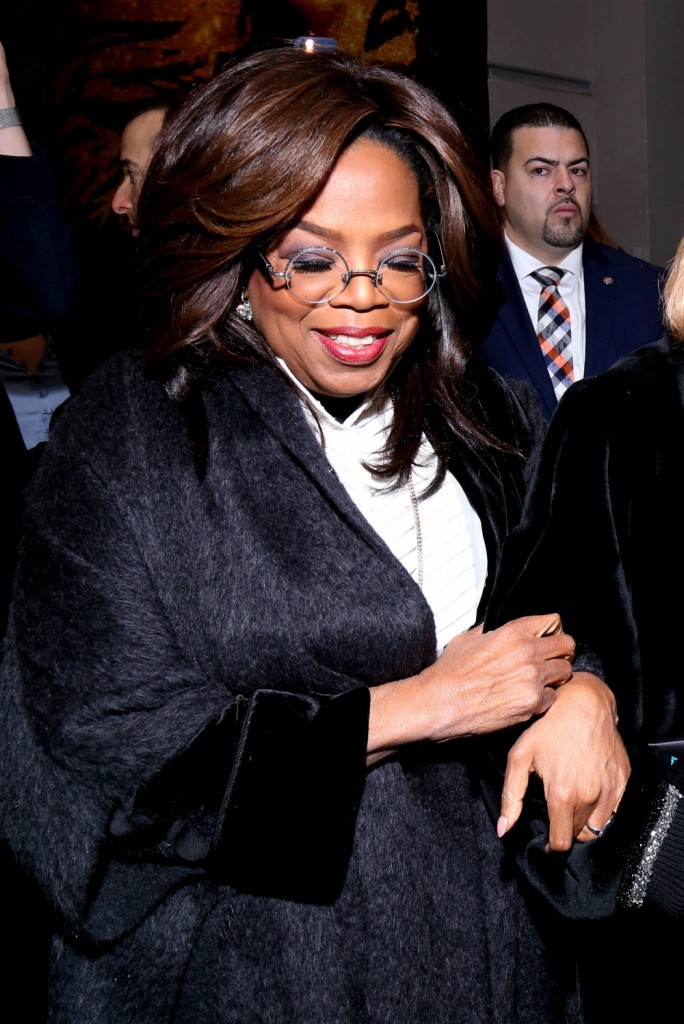