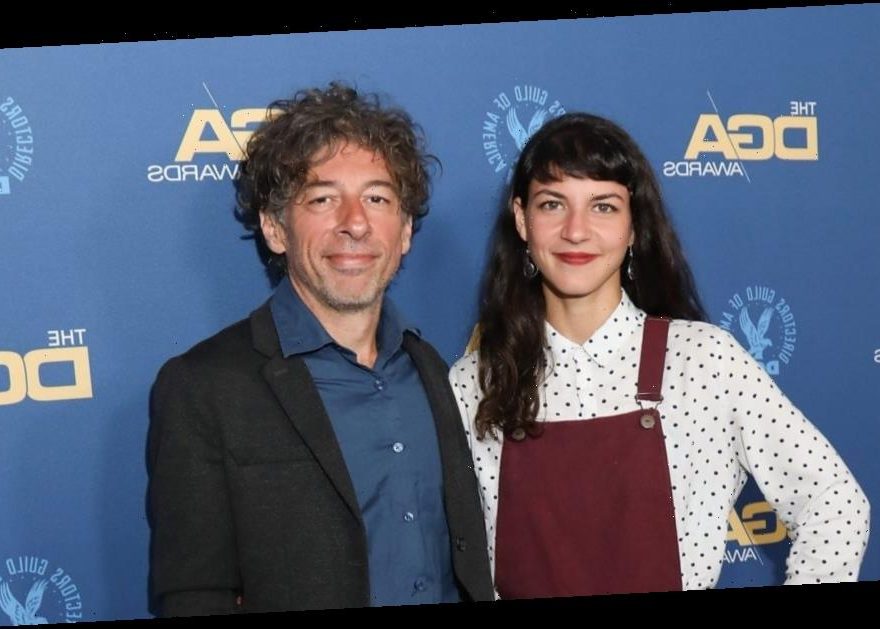 Exactly one year ago the filmmakers behind Honeyland were fresh from victory at Sundance, where they earned the festival’s top prizes for international documentary—the grand jury and audience awards. The year since has brought more honors around the world, leading up to an unprecedented double Oscar nomination: one for Best Documentary Feature and another for Best International Feature Film alongside the fictional tales Parasite and Pain and Glory.

“There are surprises day by day almost all year,” admits director Ljubomir Stefanov regarding the film’s awards run. “So now it is maybe even believable.”

His fellow director, Tamara Kotevska, looks for reasons to explain the dual nominations for Honeyland, a kind of environmental fable about humble Haditze Muratova, who lives in a remote part of North Macedonia cultivating honey from wild bees.

“It means something about the future of filmmaking as we see it, that people would maybe prefer not to have ‘folders’ for the film, but more of a free experience in terms of documentary or fiction,” Kotevska observes. “The only thing that matters is how good is the story? How good is the storytelling basically.”

The story of Honeyland revolves around the question of sustainability. Hatidze leads a simple life in a country hut without electricity, caring for her mother, who is elderly and infirm. Selling the precious honey is Hatidze’s only source of income; survival of the bee colonies means her own survival. She understands that for the hives to function, she must not remove all the liquid gold.

“Half for you and half for me,” she sings happily as she collects the syrupy substance.

“The point is to take as much as you need, not to take everything,” notes Stefanov. “Leave [something] for tomorrow and those who are providing for you. It’s a universal message…a principle of equal share of benefits between users and providers, which means between humans and those who are providing their resource—in this case, bees…All that in order to ensure food security for tomorrow and next year.”

As Honeyland unfolds, this wise principle is threatened when a caravan motors up next door to Hatidze, containing a large and unruly itinerant family called the Sams. Hatidze becomes a warm and supportive presence to the Sam kids, and a guide to the father, Hussein, who takes an interest in her beekeeping. When Hussein sets up some hives hoping for an extra source of income, she tutors him, but warns that he must not take all the honey lest the colony collapse, which would result in his bees buzzing away to attack Hatidze’s.

Conflict being an essential part of storytelling, you can imagine the turn Honeyland takes. But the filmmakers don’t condemn the Sam family for what happens, instead pointing blame at an entrepreneur from the city who goads Hussein into providing him more and more honey.

“They’re not villains,” Kotevska insists about the family. “They’re 10 people in a deserted place and they must survive.” The businessman/buyer represents “the pressure of society put on them, like on each of us who every day makes a choice what to buy from the store, what to eat. We’re all faced between the moral values and the pressures of society.”

Honeyland has resonated with audiences far and wide, the directors believe, partly because of themes and characters that transcend borders.

“Hatidze represents…a very strong archetype. This is something that is very, very familiar and common in every culture in every time in the world…the figure of the great mother that takes care of everything and everyone,” Kotevska observes. “In a way, she has kind of goddess-like features. She’s the guardian of nature and the guardian of the beasts. People, when they see Hatidze, they feel safe. They feel safe and saved at the same time in a way.”

Inspired by Hatidze’s maxim of “half for you, half for me,” the filmmakers used prize money won at festivals to buy a house for her in the city. They also set up an education fund for the Sam children. Stefanov and Kotevska doubt the family has learned about Honeyland’s Oscar nominations.

“From the nomination [announcement] on the 13th of January until now we are not in Macedonia. So we don’t know,” Stefanov comments.

“But you must understand they are living a different world,” Kotevska adds.

Hatidze is traveling from North Macedonia to attend the Oscars with the Honeyland filmmakers. The directors have been away from home so long they’ve got some preparing to do to get ready for the ceremony, like deciding what to wear.

“They’re sending us stuff from Macedonia,” Kotevska tells Deadline. “Because we came here from Ecuador, we had two shirts, and two pants with us, and swimsuits.”

The glamour of Hollywood stands in stark contrast to the shooting conditions on the documentary, when the filmmakers lived off and on for three years in tents outside Hatidze’s hut in an enclave ringed by mountains.

“When we think about this time they are very, very important times for us because they remind us of who we really are and not to forget where we will come back to,” Kotevska reflects. “It’s sometimes very difficult in all of this craziness that’s happening now…to remind yourself where you started from.”