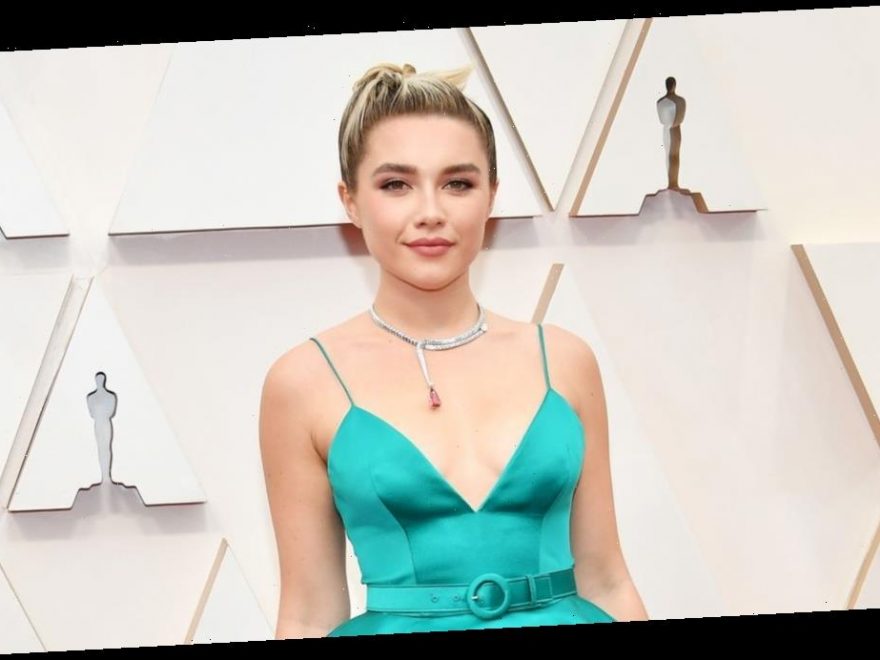 Hollywood welcomed the cream of the crop to The Oscars red carpet on Sunday with British stars like Florence Pugh and Olivia Colman making stunning turns in their chosen designers looks.

While many female stars opted for a colour palette of black and white, Oscar nominated Florence wowed in a teal green ruffle layered Louis Vuitton number.

British star Cynthia Erivo who was nominated for the Best Actress gong for Harriet made a grand entrance in an all-white custom Atelier Versace gown with a thigh high split. She lost out to Oscar winner Renee Zellweger went on to pick up the award for her role as Judy Garland, wearing a custom Armani Prive one-shouldered glittering gown with her hair pinned up.

And Margot Robbie went very relaxed in her vintage Chanel gown which she adorned with a big bold blue and pearl brooch.

Florence went for a playful design in a teal green Louis Vuitton number and matching strappy shoes. The Little Women actress attended her first Oscars with her mum as her date.

Margot Robbie attended the Oscars wearing an all black strapless vintage Chanel gown with flowing sleeves and a blue gem encrusted brooch. The Once Upon A Time In Hollywood actress kept her hair and make-up simple wearing a bold red lip and loose waves.

Renee Zellweger went for a bold all-white full sequinned custom column gown by Armani Prive. The Judy star went on to scoop the Best Actress Oscar for her role which is her first in the category after winning Best Supporting Actress back in 2004 for Cold Mountain.

Cynthia Erivo went big and bold in a gorgeous custom Atelier Versace dress to attend The Oscars as a nominee for Best Actress for her role as Harriet. She lost out to Renee but won in the style stakes on the red carpet.

Natalie Portman made a bold statement in her red carpet look wearing a cape adorned with the names of every female director who made a movie this year and was not nominated in the category. The actress, who herself has won an Oscar, revealed she wanted to recognise women in a “subtle” way as she took to the red carpet in the outfit which featured names including Little Women director Greta Gerwig and director Lulu Wang.

Former Oscar winner Brie Larson turned up in a sparkly Celine number with a matching cape and thigh high split.

Zazie Beetz had to be sewn into her sequined black Thom Browne two-piece for the Oscars 2020. The Best Picture nominee for Joker added even more glitz to her look with a stunning Bvlgari diamond choker.

Scarlett Johansson donned a custom Oscar de la Renta gown that featured a fringed corset and train on her skirt. She was all smiles as she arrived with her fiance Colin Jost.