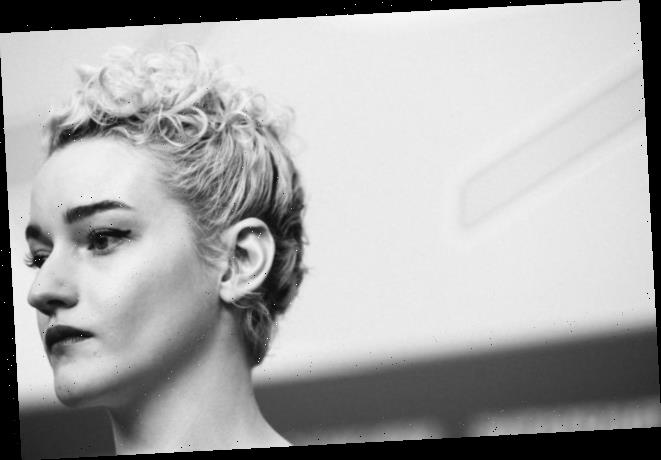 Shortly after scoring her first Emmy for her portrayal of sharp-tongued Ruth Langmore in Ozark, Julia Garner landed the leading role in Shondra Rhimes’ upcoming series Inventing Anna. In a Deadline Hollywood interview, Garner revealed the “amazing writing” has her excited to get back to filming.

Julia Garner outside of ‘Ozark’

Born February 1, 1994, the 26-year-old actress began acting at the age of 15 to overcome her shyness. Two years later, she debuted in the award-nominated thriller film, Martha Marcy May Marlene (2011).

The actress landed her first leading role in horror film We Are What We Are (2013), and her portrayal of Rose Parker earned her the Best Actress Award from Fantastic Fest.

Garner continued to appear in several television shows and movies as small or recurring characters until she landed the role of local criminal Ruth Langmore in critically acclaimed Netflix drama, Ozark (2016).

Most likely to be found seeing how close I get the camera to @juliagarner94’s face.

Her portrayal of the sassy character has earned her several award nominations, and she won an Emmy for Outstanding Supporting Actress in a Drama Series.

Shondra Rhimes and Julia Garner team up for ‘Inventing Anna’

The upcoming drama limited series, and the first from the producer and writer Shondra Rhimes’ overall deal with Netflix, stars Garner in the leading role of fraudster Anna Delvey.

Based on a New York Magazine article, Inventing Anna follows journalist Vivian (Anna Chlumsky) as she investigates the captivating story of Anna Delvey, a Russian woman who frauded hotels, banks, and rich friends by posing as a wealthy heiress.

The series also includes Katie Lowes as Rachel, a former close friend of Anna who wrote a book about her experiences getting conned by the fraudster, and Laverne Cox as personal trainer Kacy Duke, who attended the infamous Morocco trip with Anna.

Initially, the series was scheduled to premiere in 2020. However, the novel coronavirus (COVID-19) shut down their production.

In an interview with Deadline Hollywood, the interviewer, Pete Hammond, asked about the interruption of filming the series due to the coronavirus’s shutdown, which caused Garner to respond with a laugh “because it’s terrible.”

She then spoke about the anticipated series and called Rhimes “great.” The actress also praised the “amazing writing,” and admitted she “looks forward” to filming her scenes.

Additionally, Garner said she finds herself “preparing” for her upcoming shots as the “great writing” has her excited to act in the series. She also gave a little insight into how she was able to portray the infamous fraudster by explaining how actors are taught to “never judge your characters,” regardless of the role.

It’s unclear when Inventing Anna will premiere on Netflix as coronavirus-related government mandates are currently preventing them from filming.